Maryland football has struggled against star players. Kenneth Walker may be the best yet. 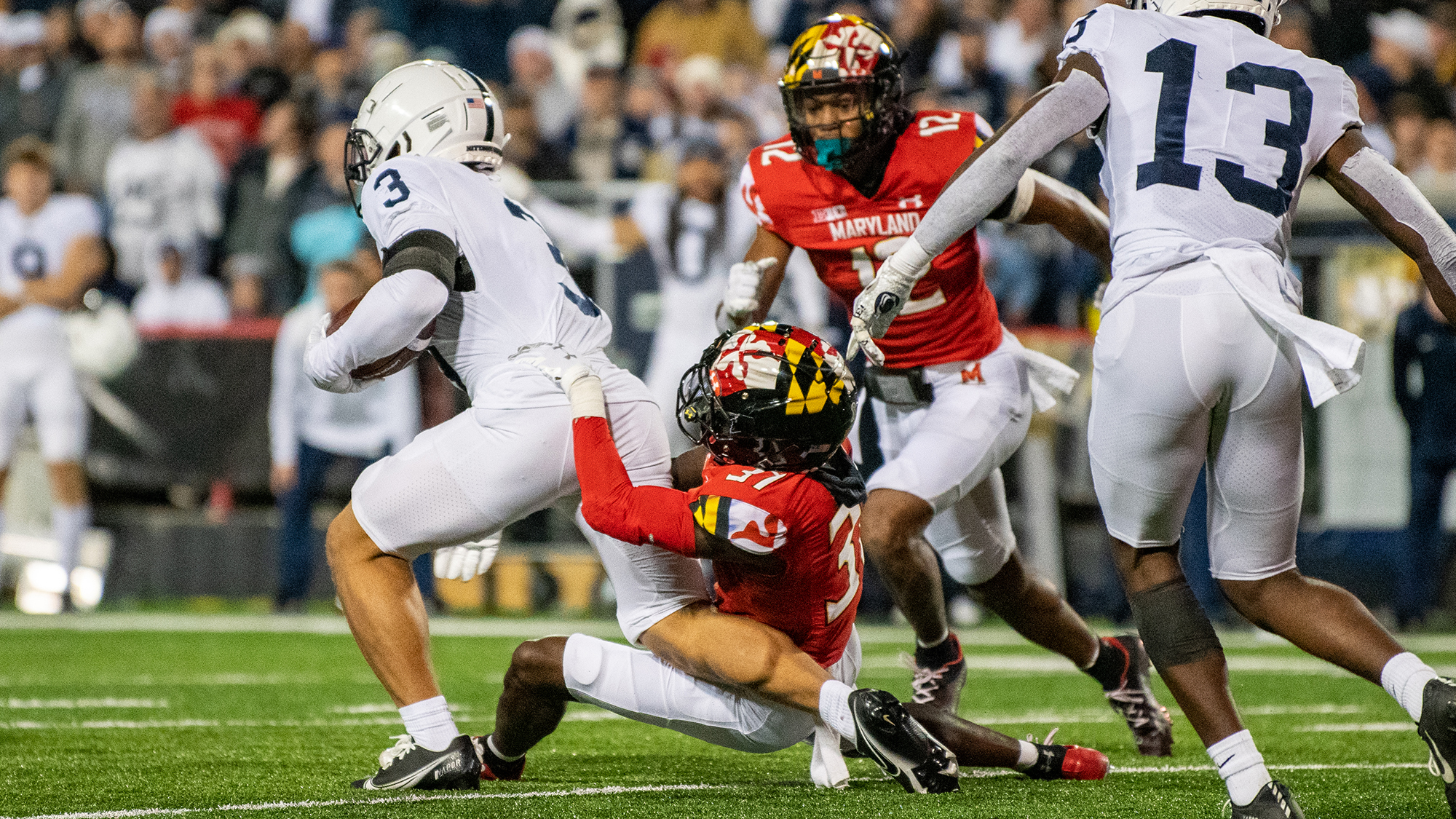 Maryland football has faced its fair share of stars in Big Ten play.

But Kenneth Walker III poses a much tougher challenge.

The Michigan State running back has emerged as the nation’s best rusher and a Heisman contender. He’s helped the Spartans surprise as a top-10 team, seemingly getting better each successive game.

Meanwhile for the Terps, stopping the run has been a problem, especially in recent weeks, making it likely that Saturday’s matchup will be decided on the ground.

Perhaps no single player in college football will cause more damage out of the backfield than Walker. It’s imperative that Maryland limits his output if the team is to spring an upset.

“He’s one of those guys that you better bring all your pads and all your friends when you tackle him,” coach Mike Locksley said. “He’s the guy that we got to take out of the game plan.”

Walker’s breakout campaign comes in his first season in East Lansing after transferring from Wake Forest. The junior broke into the spotlight in his first game, rushing for 264 yards and four touchdowns against Northwestern.

That jumpstarted his meteoric rise. Walker averages 147.8 rushing yards per game, the most in the country. He’s only fallen short of 100 yards in three games and has twice broken the 200-yard plateau.

His performance has lifted Michigan State’s previously anemic offense to one that ranks in the top-four in the Big Ten for scoring, rushing and total yardage.

“Our job is to take away their best players and force them to play left-handed or force someone else to beat us,” Locksley said. “We’ve got to do the same thing this week.”

But stopping the run has only been more difficult for the Terps in Big Ten play. The Golden Gophers rushed for 326 yards. Indiana’s banged-up offense followed the week after with a 204-yard day on the ground.

Maryland has allowed more than Walker’s average of 147.8 rushing yards per game to opposing teams in five of their nine matches this season, going 2-3 in those contests. Those struggles are partially due to a rash of injuries in the front seven, but the Terps have also had difficulty sealing outside gaps and handling bigger offensive lines.

“We’ve just got to be more physical than our opponents, and we’ve got to want it more,” linebacker Ruben Hyppolite II said after the loss to Minnesota.

Thus, Walker poses the greatest threat to Maryland’s weakened run defense. He’ll likely put up big numbers once again. The Terps have to expect that.

So, it’s more a matter of mitigating Walker’s damage and forcing the Spartans to throw — an area where they’re more inconsistent. And if Maryland quarterback Taulia Tagovailoa turns the contest into a shootout against a susceptible Michigan State pass defense, the Terps may stand a chance.

But first, they have to slow the Spartans’ star.