Maryland men’s basketball was stymied by an unflinching Ohio State 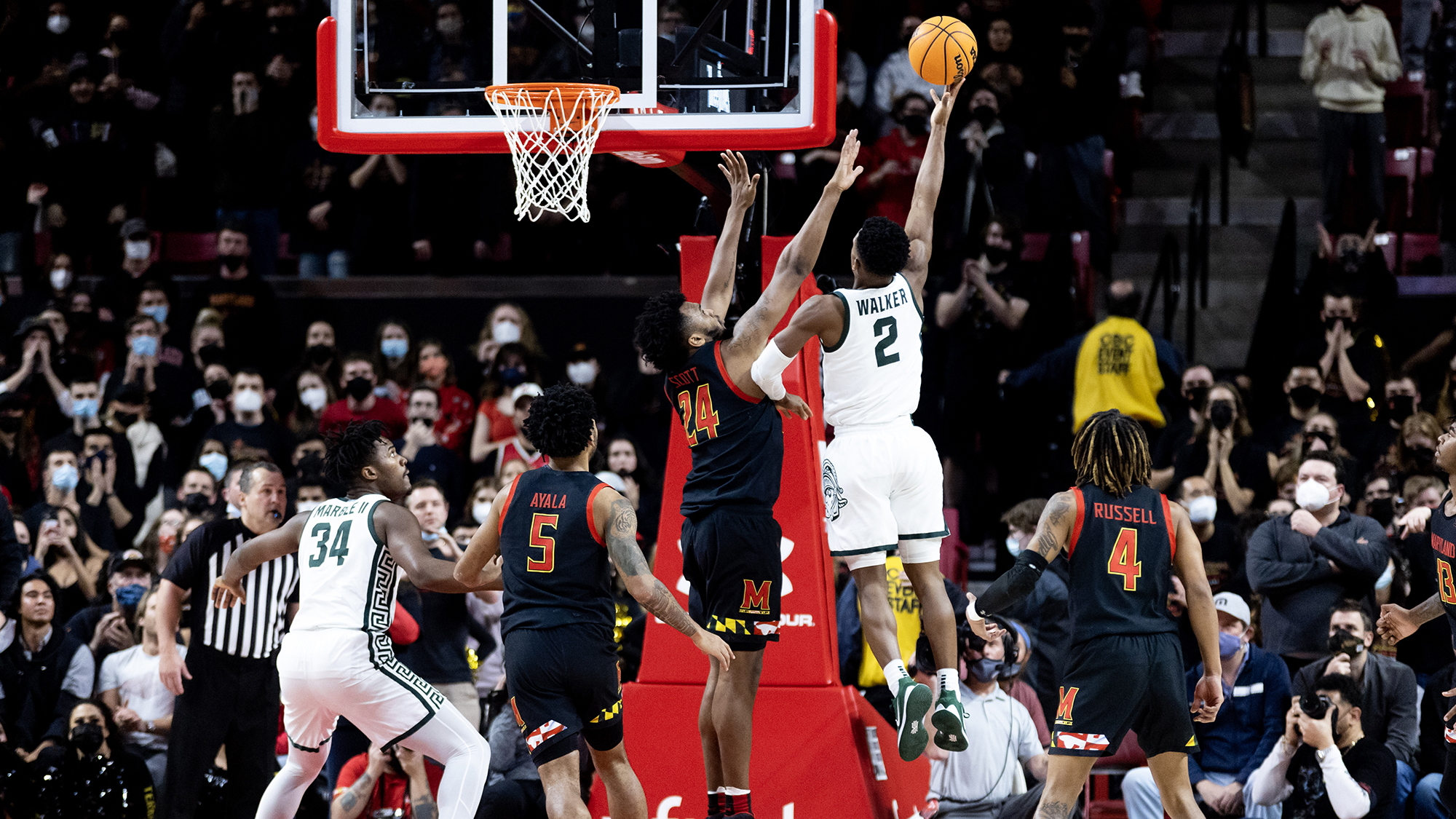 When Maryland men’s basketball walked into its matchup with No. 16 Ohio State, the Buckeyes’ dominance at home was evident on the scouting report.

They had yet to lose at Value City Arena, sending their first 10 opponents of the season back to their respective homes with a tick in the loss column.

The Terps went to Columbus, Ohio, on the heels of a narrow loss to then-No. 13 Michigan State. It seemed like anything could happen.

Fatts Russell scored the first basket of the game on a midrange jumper. Twenty-nine seconds later, Jamari Wheeler popped a three and Maryland said goodbye to the lead for the remainder of the game.

This season, the Terps have played some close games where a slow start or a rough finish snagged a win from their grasps. But against Ohio State, Maryland faced a team that would make little to no mistakes and give no room for a dramatic comeback.

“They’re a very talented basketball team,” interim head coach Danny Manning said. “Not taking anything away from them. They played really well at home.”

The Buckeyes proved their ranking is justified with a buzzer-to-buzzer clinic, leading to a controlling 82-67 victory. The Terps knew going in how dangerous Ohio State — led by E.J. Liddell — was but had very little in response.

“We have to be a lot more disruptive to their offensive flow, and we have to reward ourselves for the execution,” Manning said. “We had opportunities to score the basketball. We missed some looks from the perimeter, we missed some looks inside the paint.”

On the offensive end, Maryland was primarily stagnant with the exception of Donta Scott, who had a career-high 25 points. But what gave the Terps no chance at a victory was how the Buckeyes handled their possessions.

Ohio State shot 50.8 percent from the field, the second best rate Maryland has come up against in a game on the season. And its 42.3 percent from beyond the arc was the fourth highest mark for a Terp opponent.

As Manning was quick to point out, his team didn’t make shooting all that troublesome for the Buckeyes.

Maryland’s few successes in the Big Ten this season have primarily come from being able to contain high scorers with strong on-ball defense such as its stifling of Rutgers’ Ron Harper Jr.

Any chances of stopping Liddell or Zed Key and Justin Ahrens — who each scored 14 points — were unlikely to happen due to Manning’s squad’s defensive struggles.

Sunday marked just the second time the Terps failed to record a block, the other coming against Indiana on Jan. 29.  It came as a bit of a surprise given how strong Scott has been, recording a block in five of the previous six games.

That was just how Ohio State thwarted Maryland from rim to rim, giving the Terps no chance at coming back with free possessions.

The Buckeyes committed just 13 fouls, tied for the lowest sum amassed by a team facing Maryland this season. And the simplest metric for a mistake — turnovers — saw Ohio State give the ball away only six times.

It was the third consecutive game where the Buckeyes had six turnovers, and fifth straight game under double-digits.

Even though the Terps tied their season-low nine turnovers, it was still too many to compete with a team that would give no room for error.

“We can’t have any lapses, especially on the road,” Manning said on Feb. 5.