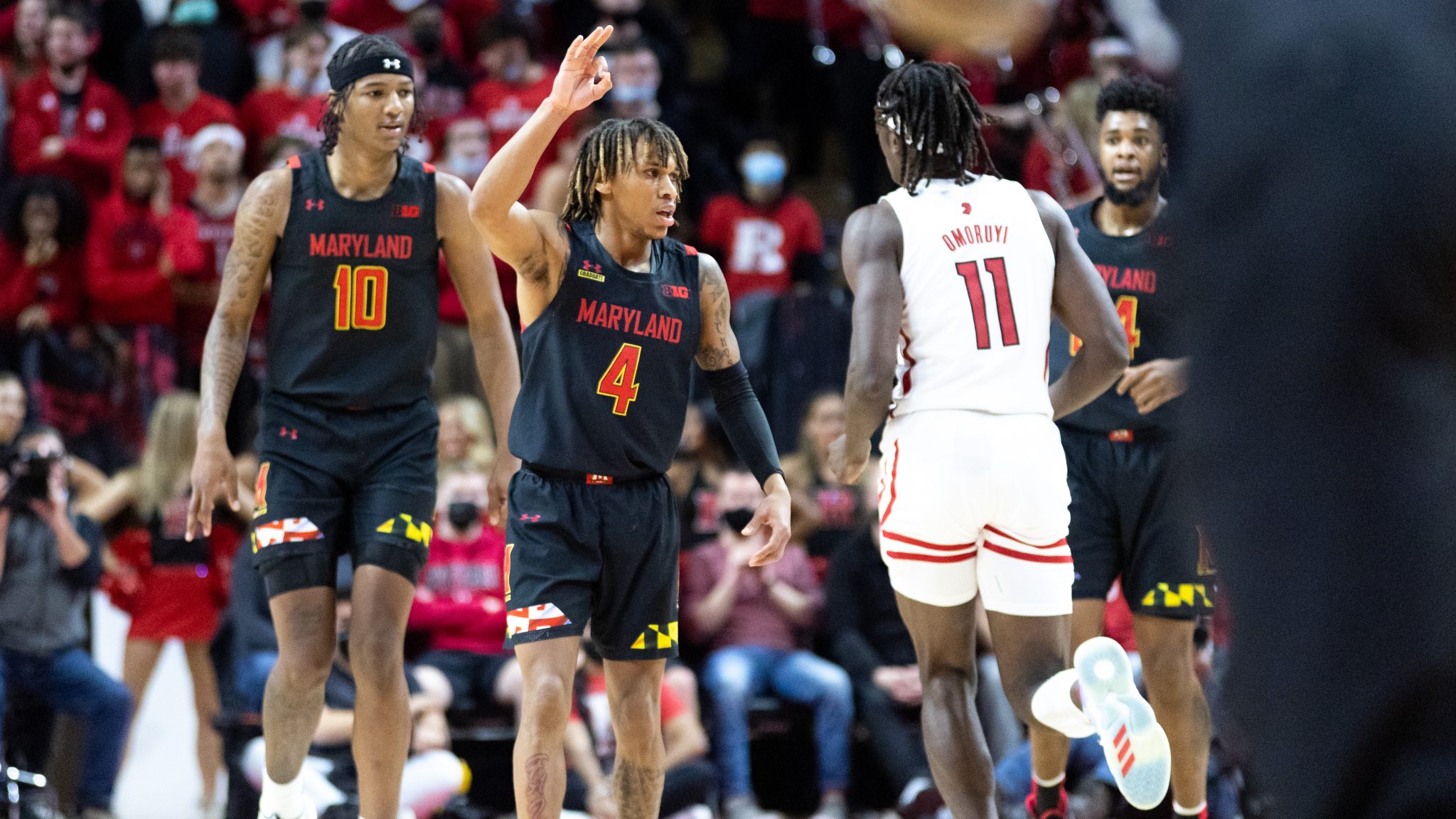 PISCATAWAY, N.J. — A 12-point lead is typically a welcome sight. But, for Maryland men’s basketball, it may have served as an omen.

The Terps found themselves ahead 38-26 at halftime against Rutgers, following a commanding performance in the opening half. One that was reminiscent of the last meeting between the two where Maryland led by a score of 38-27.

In a dramatic swing, the Terps lost that game on their home court.

The message at halftime: don’t let it happen again. And they didn’t.

With the chance at redemption, Maryland exorcized its demons in New Jersey.

The dominant duo of Fatts Russell and Eric Ayala combined for 45 points to lead the Terps to a key Big Ten win, 68-60, as Maryland attempts to rebound from its slow start.

“This is one of the few games where we’ve had two guys go off like this offensively throughout the course of the season,” interim head coach Danny Manning said. “When we get two guys to score like this, we’re a dangerous team.”

Maryland (11-9) reverted back to the lineup it ran for 16 straight games — Ayala, Russell, Hakim Hart, Donta Scott and Qudus Wahab.

The Scarlet Knights (11-8) had an emphatic start with Clifford Omoruyi winning the tip and rising for an instant alley-oop.

Omoruyi had been troublesome in the Terps’ last meeting with Rutgers, but Wahab quickly put him on the back foot.

On the following two Maryland drives, Wahab took him on offensively and sent to floaters above his arms to score a quick four — his total points from the last matchup with the Scarlet Knights.

“He established himself in great post position, got to his spot, elevated up and made some tough shots and got us off to a terrific start,” Manning said.

A strong start from the Terps big-man was a welcome sight, but the rest of the squad was ready to dish out offensive punishment to Rutgers.

What followed was a 21-3 run where Maryland took complete control of the game in every phase.

Hart pestered Ron Harper Jr. — who scored 31 against the Terps 10 days prior — throughout the half, giving him no chance for a clean shot. Harper had managed one make in the first 19 minutes of the half.

“My mindset during practice was just guard everyone like it was Ron Harper,” Hart said.

Meanwhile, Maryland was having no problems shooting, going 54 percent from the field.

Everyone poured onto an outmatched Scarlet Knights defense. Ayala took some early liberties in carving the paint for a layup and an isolation three. Julian Reese added a dunk following a drive from Scott that he dished over to the freshman.

Russell was the difference-maker in the half, rocketing out to 13 points.

He made waves from beyond the arc all night, hitting five three-pointers. Back-to-back makes from the wing spelled trouble for the Scarlet Knights, as their hopes of containing the Terps’ explosive point guard dissipated.

“I hit the first one and it just felt good,” Russell said. “I just kept going….coach believes in us to shoot those shots.”

Rutgers managed to claw its way back toward the hefty lead that Maryland’s offense had produced. It resulted in an eerily similar 38-26 score at the halfway point.

The Scarlet Knights were quick out of the gate trying to bridge the gap. A make from Omoruyi in the paint and a clean three from Caleb McConnell began withering the storm.

But Ayala and Russell reasserted their ability to be one of the most dynamic backcourts in the Big Ten. They combined for the first 11 Terp points of the half — including three three-pointers — to keep Rutgers at arms’ length.

Omoruyi continued to cause issues down low, scoring on back-to-back possessions and taking advantage of a mismatch against Hart.

Hart soon responded with just his second score of the night on a transition layup. He was fouled on the shot, getting a trip to the charity stripe. He has been one of the most consistent free throw shooters on the team, but couldn’t convert.

However, things didn’t slow down too much for Maryland as Scott grabbed the rebound and the Terps worked it around for another Ayala three.

Perimeter shooting kept the Terps rolling with Ayala and Russell each hit another set down the stretch.

Wahab and Russell each found another score from inside the arc, with Wahab getting his first basket of the second half. But scoring died down considerably in the final five minutes as Maryland emphasized keeping the Scarlet Knights well and truly behind.

The Terps held on those final few minutes to secure an important road victory. It also resulted in the third consecutive time Maryland won a rematch with a conference opponent on the season.

“We have a lot of guys that have that will to fight no matter what,” Russell said. “It’s just kind of who we are.”