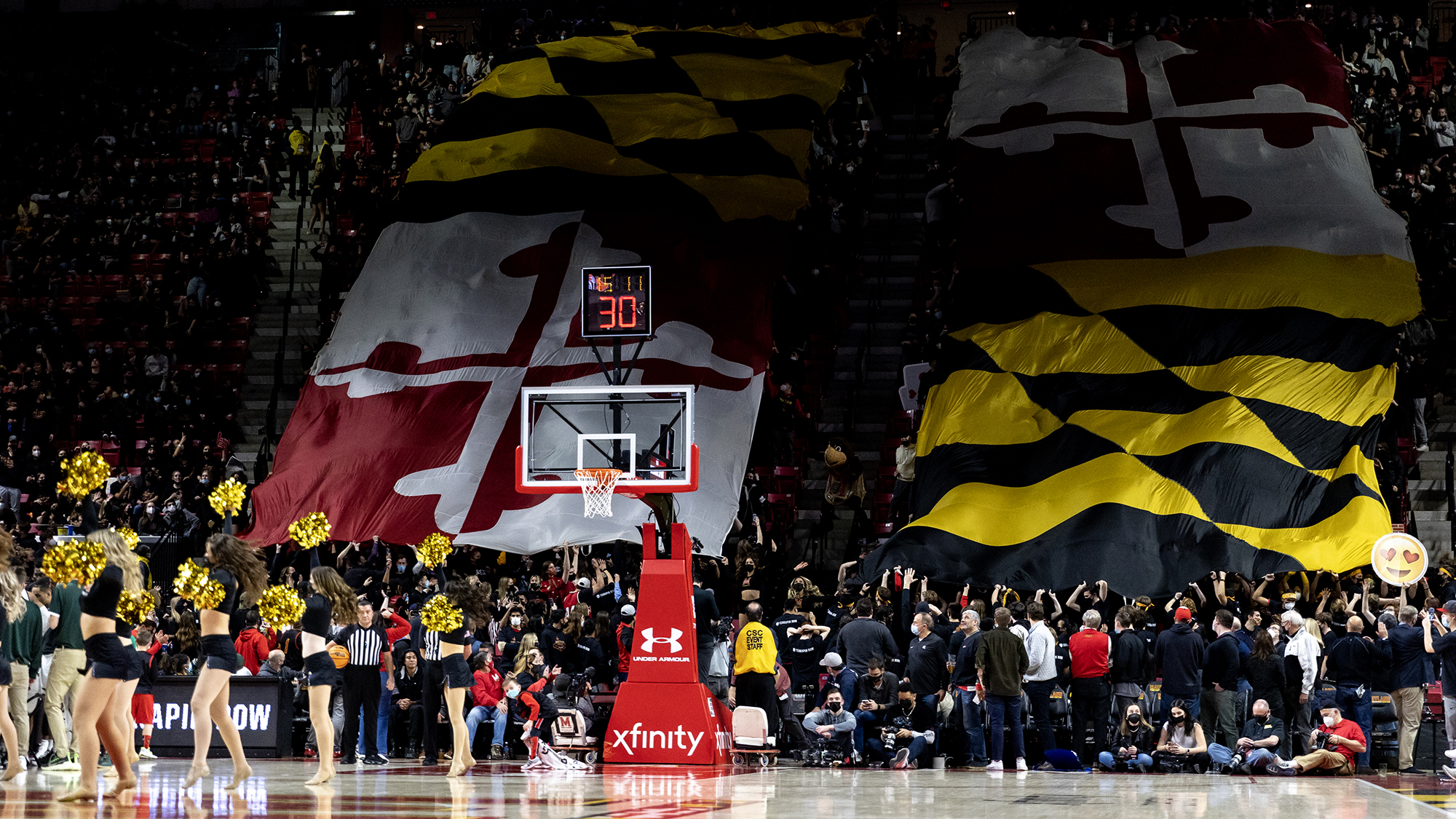 The feeling in Xfinity Center was nothing like Maryland men’s basketball had experienced in almost two years.

A season away from fans followed by an underwhelming start to the 2021-22 season meant energy in the Terps’ home arena had been inconsistent.

Battling down to the final basket with No. 13 Michigan State brought intensity and admiration from the home crowd. Regardless of the eventual loss to the Spartans, Maryland players were showered with applause as they headed down the tunnel.

It was the first time that the Terps had a real home-court advantage in Big Ten play this season and it kept them in the matchup to the very end.

“Effort, energy and juice,” interim head coach Danny Manning said. “Being able to feed off the crowd when we were able to get stops and deflections was really big for us.”

Maryland has been an uninspiring 7-7 at home this season, with five losses coming at single-digit deficits.

Still, Michigan State felt fortunate to escape with the victory.

“Not an easy place to play,” Spartans coach Tom Izzo said. “I thought the crowd really responded after a slow start and they did a very good job against us, they really did.”

Players and coaches alike in the Big Ten emphasize the challenging nature of winning games away from home. But, the Terps have been antithetical to that argument.

With a road matchup against No. 16 Ohio State on tap, Maryland will need to replicate its energetic performance against the Spartans and keep up its track record in away contests.

“I’m excited. We’ve been playing well on the road,” Eric Ayala said. “I’m looking forward to going out there and competing at a high level.”

The Terps are 3-8 in conference play, on pace for their fewest conference wins since the 1992-93 season when they only finished with two ACC-wins.

But Maryland has had a slight edge in getting its Big Ten-wins on the road. The Terps are one of two teams — the other being Northwestern — that have more away wins than home wins in Big Ten-play this season.

It’s no easy feat to get those wins either.

The Big Ten is deceptively hard when it comes to winning on the road. The away teams have won forty-four percent of Big Ten matchups this season. However, half of those wins were from the top-four teams in the conference — Illinois, Michigan State, Purdue and Wisconsin.

Even with a slightly stronger road streak, Maryland will have to contend with a Buckeyes squad that hasn’t lost at home since March 6, 2021.

The Terps have been up and down all season when it comes to taking on high-level competition. But, a dynamic appearance pitted against a top-15 team lends validity to this Maryland team being able to rise to the occasion.

“The guys just made a decision in those timeouts and throughout the course of the game to get stops and to fight,” Manning said. “That gave us a chance to be in the ball game.”

Manning pointed out his team would learn plenty from their loss to Michigan State. However, they also got to see how close they can get to success. Now they’ll look toward putting it together consistently in hopes of salvaging the remainder of their season.

“You get a road win in this league, it’s good,” Izzo said. “But this is the time of year now at the halfway point that you hope to get better each game.”