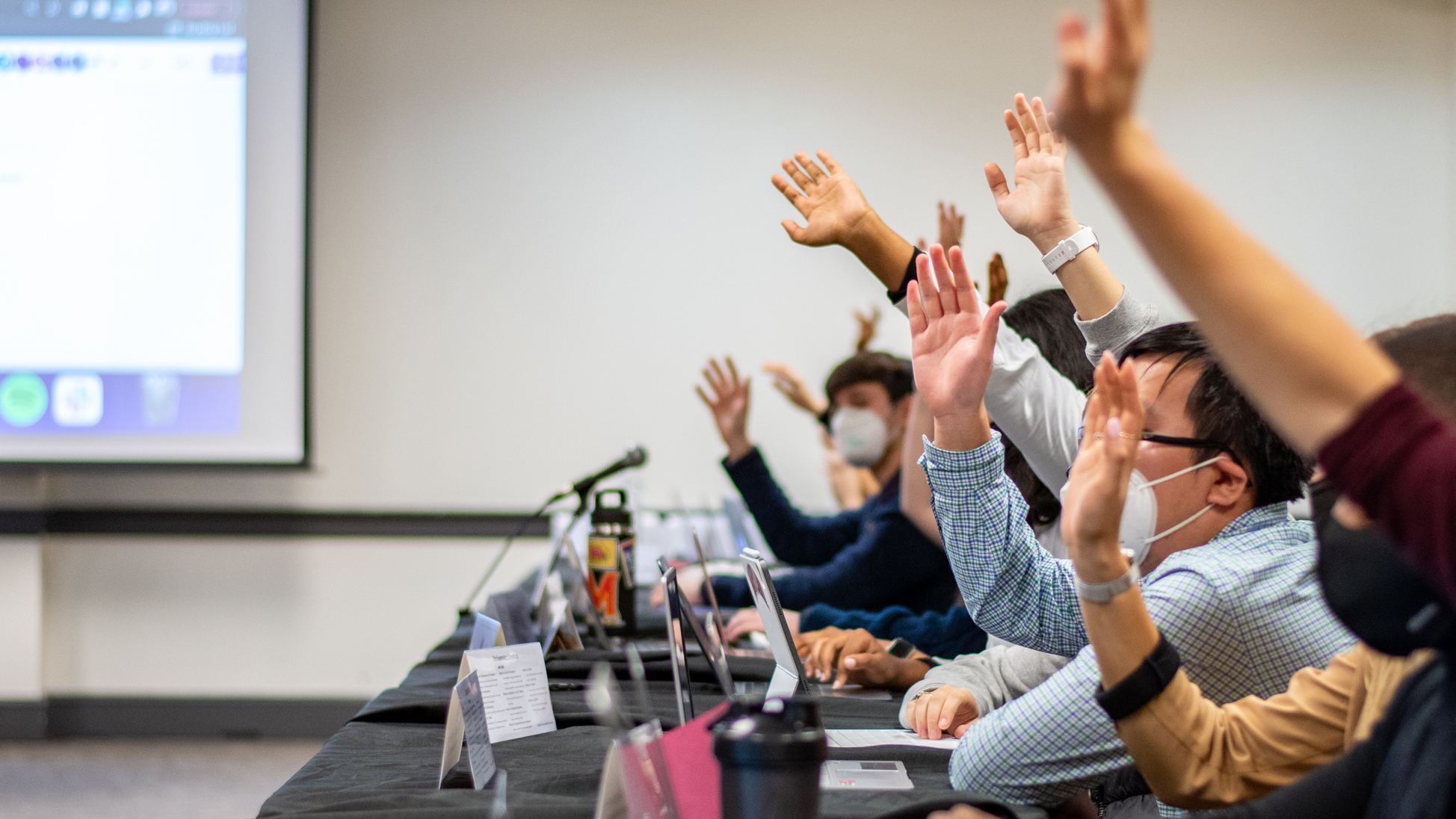 The University of Maryland SGA unanimously passed an emergency bill Wednesday evening to support the creation of a plaque memorializing Jordan McNair.

McNair was a Maryland football player who died after suffering heat stroke during a practice in 2018. His death prompted an independent investigation into the culture of the university’s football program, which found athletic trainers had failed to recognize and properly treat McNair’s symptoms in time.

In January, the university reached a $3.5 million settlement with McNair’s family and announced a partnership with the Jordan McNair Foundation. In May, Gov. Larry Hogan signed the “Jordan McNair Safe and Fair Play Act,” which strengthens health precautions for student athletes within the University System of Maryland.

The plaque, according to the bill, would cost between $800 and $3,000 and be placed outside or in Stamp Student Union. The university would shoulder the costs using funds from the student mandatory fee pool, bill sponsor Nicholas Marks said.

The McNair family would decide on the plaque’s design, according to the bill.

“We’re keeping in touch with [the McNair] family because we want to keep our Maryland family close,” Alexandra DeBus, the Greek life residential representative said. “It’s important that we reach out to them.”

There is currently a memorial plaque and tree outside Gossett Football Team House that this university funded.

But Marks, the education representative, said the current plaque and tree are not in a central enough place on the campus.

“Stamp is literally marketed as the hub of student life on campus,” the freshman government and politics and secondary education major said. “It was in our mind — both better for the sports program and better for what McNair stands for — if we put a memorial to him in the place where the most students are going to be.”

Val Graham, the Ellicott representative, voted in favor of the bill. She called McNair’s death “a failure of the institution itself” and said those in charge of the football program at the time are to blame.

Five months after McNair’s death, the university fired the two athletic trainers who bore the brunt of the direct blame for the event.

“It’s important to honor the family’s wishes and since it was noted during discussion that they support this, I’m absolutely in,” Graham said. “Anything that can help them in even the smallest of ways, we — as an institution — owe that to them because nothing will ever make up for him.”

“It was extremely emotional,” DeBus said. “As a Terrapins fan, you see this young man with his whole future, a football player, a great athlete, suddenly just not here with us the next day.”