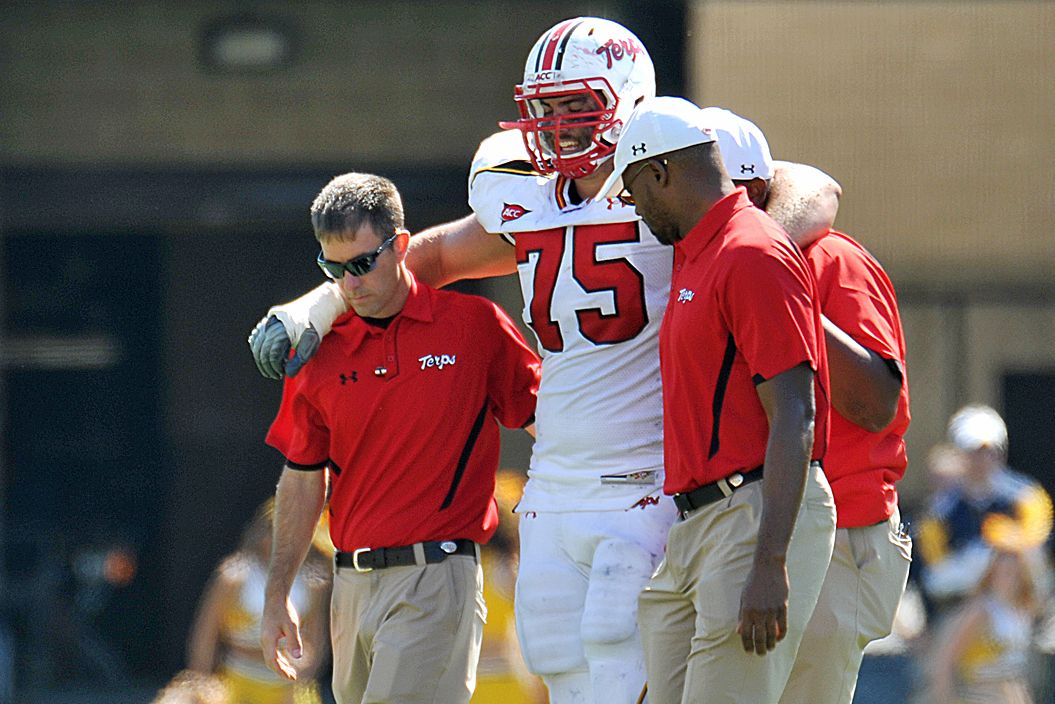 The University of Maryland fired athletic trainers Steve Nordwall and Wes Robinson, who bore the brunt of responsibility for failing to diagnose and treat offensive lineman Jordan McNair for heatstroke he suffered at a team workout May 29 and died of two weeks later, The Washington Post reported Wednesday.

A university spokesperson confirmed Wednesday the trainers, who had been on administrative leave since August, are no longer employed by the university. Neither Nordwall, who oversaw athletic trainers in all sports, Robinson, who was the head football trainer, nor their superior, David Klossner, responded to requests for comment.

At last Tuesday’s Board of Regents press conference in Baltimore, then-chairman James Brady recommended university President Wallace Loh reinstate head football coach DJ Durkin and retain athletic director Damon Evans but said the trainers were “not part of what we looked at,” despite their numerous mentions in the investigation into the Maryland football culture. Loh said Evans would be in charge of making that personnel decision.

The Post reported that the board had also recommended Loh reinstate Nordwall, who Maryland hired in 2014, and Robinson, who began in College Park in 2007. Throughout the investigation process, the university maintained it would wait until both reports were finalized to make personnel decisions, but the trainers’ extended time on administrative leave, even after Durkin’s firing last week, confused the media and many university stakeholders.

“It’s so typical of the leadership there,” one high-level Maryland athletics booster said. “They should have been the first two guys to go.”

Nordwall and Robinson’s missteps were outlined in both external investigations into the football program. Heatstroke has a 100 percent survival rate when quickly treated with cold water immersion, which sports medicine consultant Rod Walters concluded trainers never used on McNair. Walters’ report, which was released in late September, found trainers did not transport McNair indoors until 34 minutes after his onset of symptoms and did not call 911 until over an hour after the onset.

When Robinson first instructed Nordwall to call 911, Nordwall instead called a team physician, who echoed Robinson’s command. And after calling 911, no one met or directed the ambulance outside Gossett Football Team House, further delaying McNair’s treatment.

Even once trainers began to realize McNair should be cooled, they failed to do so aggressively. Rather than use cold water immersion, they initially cooled McNair by applying ice packs to his groin and armpits, which is a secondary and less effective treatment method. Robinson said that due to McNair’s stature, trainers were afraid to place him in a cooling tub for fear of him drowning.

The trainers weren’t placed on leave until after ESPN’s Aug. 10 report outlining some of their mistakes, despite Walters having told university administration of their failures during a preliminary phone call July 27, and evidence from 911 records released prior to that showing they had failed to realize the severity of McNair’s condition.

The ESPN report said Robinson yelled to other trainers, “Drag his ass across the field,” when McNair initially struggled to recover from attempting to complete 10 110-yard sprints, but witness reports presented by Walters differed regarding Robinson’s exact wording.

In the second investigation examining the team’s culture, players gave trainers mixed reviews and the committee found organizational dysfunction within the training staff.

One player called Robinson, “the worst fucking trainer I have ever seen.” Another said he would often assume players were “faking it.” But some other players felt Robinson was “unfairly scapegoated.”

The eight-person task force found that a lack of oversight in the athletic department led to the training staff acting largely unsupervised.

Disagreement and confusion between Nordwall and Klossner in early 2016 led to Klossner stopping his supervision of Nordwall, and there was conflict within Robinson’s football training staff, the report concluded.

Robinson responded to most player’s complaints in the report by saying that he did not remember those accounts, and also that they could not be true because they were regarding decisions that only a team physician has the authority to make.

Loh had previously said the school’s current sports medicine model — in which the training staff is overseen by physicians but reports directly to university employees like Nordwall and Klossner — was adequate and does not allow for interference by coaches, and his office had shot down a proposal in 2017 to change to the independent model.

But last Tuesday, he accepted the board’s recommendation that the university system move to an independent medical care model — which is not the norm in college athletics but is the model that most conforms with NCAA guidelines and best practices — in which trainers report directly to physicians employed outside of the university rather than other university-employed staff, to avoid trainers potentially being influenced by coaches.