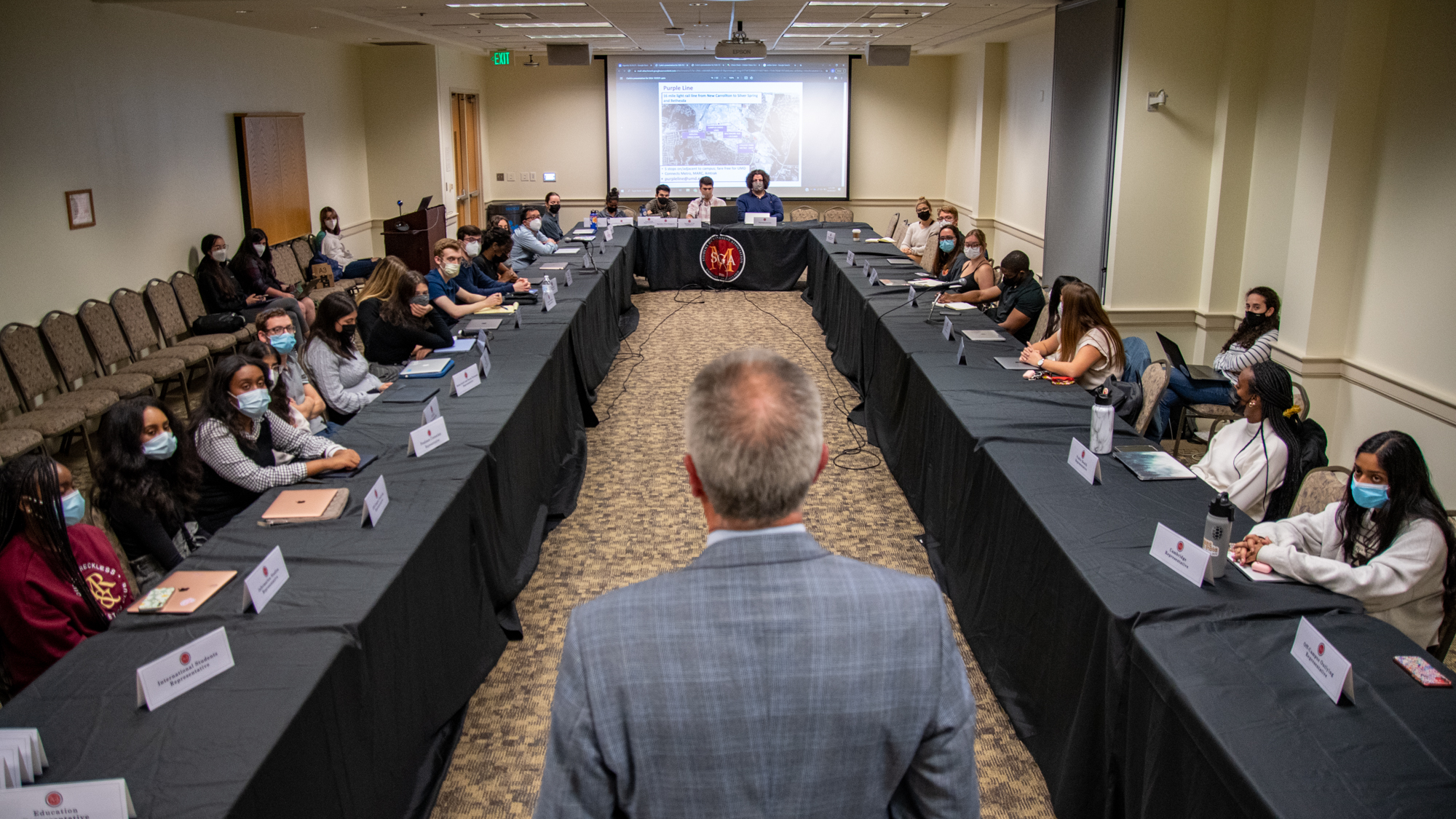 The University of Maryland SGA introduced a bill combating crime on and around the campus during a general body meeting Wednesday night.

The bill, An Act to Sponsor and Sustain Student Safety, would create a handful of graphics to be distributed across this university promoting the several options available to students — such as NITE Ride and the University of Maryland Police Department Auxiliary escort services — that can help keep them safe.

The bill will be voted on at next week’s meeting.

“This legislation isn’t going to solve crime,” Rosen said. “But my hope is that it helps prevent it by giving people the power of knowledge to know … what they can do to keep themselves safe using the resources that they already have on campus.”

The SGA also passed a bill to sponsor a survey to gauge the mental health of students on campus.

According to Nathan Boyle, the bill’s sponsor and off campus outlying representative, the SGA has previously conducted similar surveys in the past but failed to use “validated surveys” — which have been accepted as industry standard by the professional polling community. This survey would implement the use of three “validated surveys.”

The survey will be publicized this semester, with the results being analyzed over the winter break and responses implemented in the spring.

“This information will allow us to make much more informed decisions about which areas are in need of improvement,” said Boyle, a junior neuroscience and Persian studies major. “We’d like to make it a recurring survey so we can track how this changes across time.”

Carlo Colella, vice president and chief administrative officer of the university, also attended the meeting. Colella, who is tasked with running all administrative operations, updated the legislature on several projects going on around the campus.

Colella spoke to the construction of the Purple Line, which will add five transit stops on campus, connecting New Carrollton to Bethesda via rail that will intersect with five Metro lines. He said that the university has negotiated for the stops on campus to be a fare-free zone, meaning no tolls will be levied for transit between the five stops on campus.

A designated bike path will also be constructed following the Purple Line route through the campus, according to Colella.

During his presentation, Coella reminded the legislature that most projects take five to 10 years to plan before ground is ever broken and that it may take several years before construction is completed. He said the construction happening around the campus now is a way to pay forward the development that happened before the current students arrived on campus.

He also briefly addressed the Western Gateway Project, which would see the development of Guilford Woods into graduate student housing and private townhomes.

“There has been a lot of communication about this project and about advocacy and opposition. I don’t want to go through all of that. The important thing for me to convey is that we really appreciate the feedback that we are getting,” Colella said to the legislature. “Your input is having us redouble our efforts to bring about a project that we can all be proud of.”