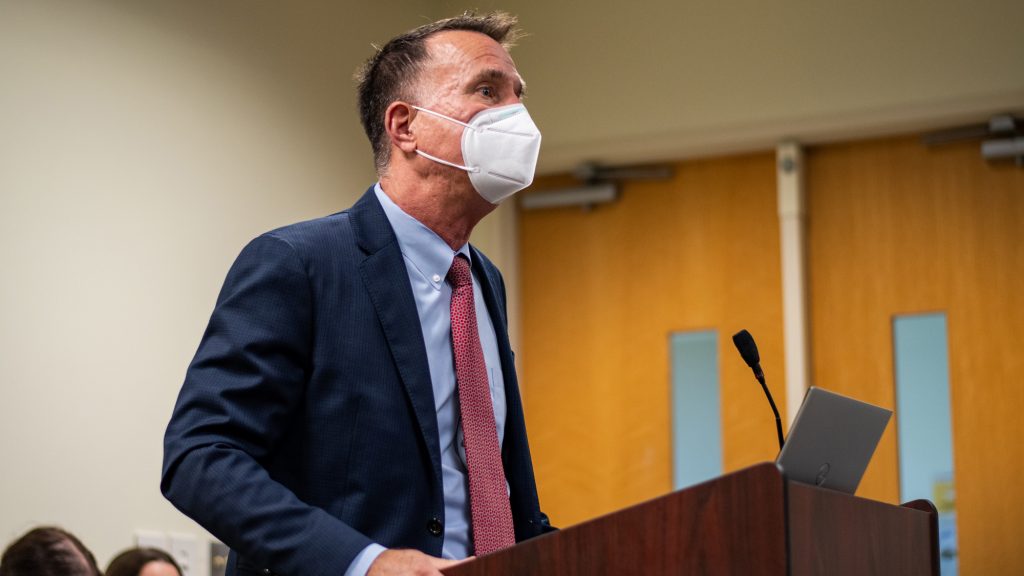 The University of Maryland SGA introduced a bill Wednesday to sponsor a survey to gauge whether mandatory advising for freshmen and sophomores in the public health school would be beneficial.

Many students, depending on their college’s policies, are mandated to meet with their academic advisers before their class registration date in order to lift enrollment blocks. Class registration for the spring 2022 semester opens on Oct. 28.

Currently, only seniors and athletes in the public health school have mandatory advising.

“I was looking at other schools and the way they organize their advising,” said Blen Asres, the public health representative and bill’s sponsor. “I learned from students in the school of CMNS that they had mandatory advising freshman and sophomore year.”

If passed at next week’s Student Government Association meeting, the survey would be live for two weeks and then the responses would be analyzed.

“It’s helpful for students to always be able to access an adviser prior to an academic semester,” Asres, a senior public health major, said. “Particularly freshman and sophomore years, that’s when you’re kind of setting the stage and figuring things out.”

The body also heard from Jack Blanchard, the associate provost for enterprise resource planning, about the university-wide update of the software that manages the university’s day-to-day operations.

This university began looking to replace the enterprise resource planning software, which runs applications like Testudo and the university’s financial system, in 2017. The current system runs off a more than 60-year-old coding language, COBOL.

“The people who designed [COBOL] and maintain it are literally retiring or dying off,” Blanchard said. “[The university] is afraid to make changes to [the software] because we are afraid we can break it.”

The new software, Workday — a cloud-based enterprise management system, is currently used by other large universities such as Ohio State University and the Wisconsin University System. It will provide 24/7 access to the system on any device, offer more security and update just twice a year.

The software will be slowly rolled out, starting with updates to the financial and human resource systems in July 2023. Updates to the student information system and the finalization of the project will be complete in the fall semester of the 2026 academic year.

“For many of you, I’m sorry to say, you’ll be gone by the time this is ready,” Blanchard said.

On Nov. 3 and 4, Blanchard will host two virtual town halls for the campus community to attend and ask questions regarding the software update.

The SGA also elected their new speaker pro tempore during the meeting.

Steven Berit, the Courtyards representative, received a majority vote and will now fill the role that serves as the main point of contact for representatives and assumes the role of the Speaker when they are absent.

“The speaker pro temp is like the right-hand man to the speaker, and we have been missing that aspect in SGA for the last month or so we have been in session,” the sophomore computer science and government and politics major said. “I see myself as someone the speaker can rely on whenever they need, as well as being someone the entire legislature can always rely on in terms of any question they have.”