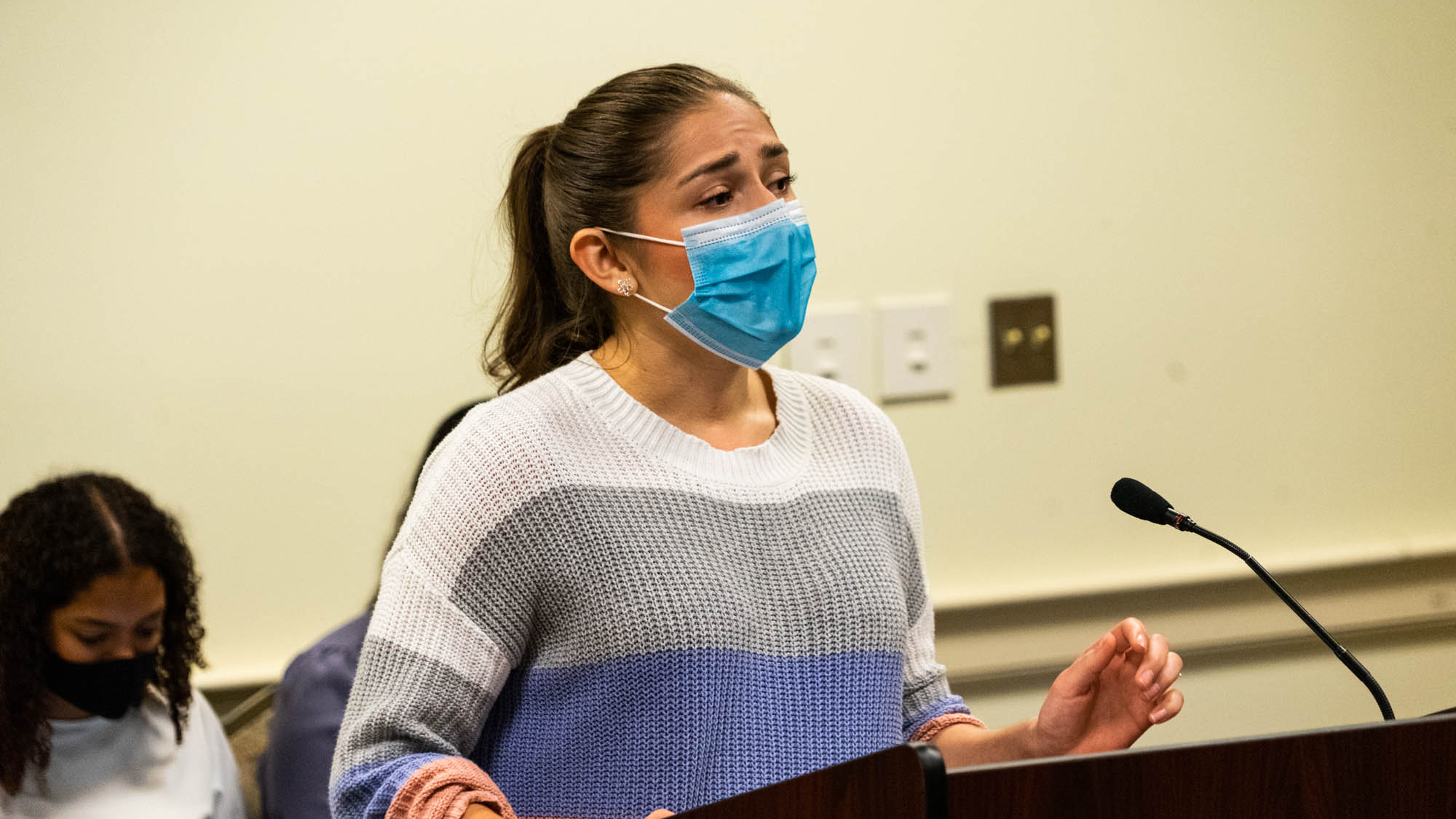 The University of Maryland SGA passed a bill Wednesday calling on administrators to address environmental concerns about a proposed development of Guilford Woods.

The proposed construction — led by the Gilbane Development Company — would build below market rate graduate student housing in Guilford Woods, an area near the business and public policy schools. Environmental advocates say the deforestation of the area outweighs the benefits of affordable graduate housing.

The new complex would occupy 9.1 acres of the land, which would also include townhomes and infrastructure, such as roads.

The Student Government Association tabled a similar bill last week to receive more input on its language. The body rescinded the original bill and the bill’s sponsor wrote a new version this week.

The bill introduced Wednesday, which passed 27-2, calls on university administrators to address concerns regarding the deforestation. The SGA will continue to oppose the development until the university addresses the concerns, according to the bill.

The bill also clarifies the SGA is in favor of affordable graduate student housing as long as it is built in an environmentally friendly way.

During the bill’s rewriting, the authors met with Tamara Allard, Graduate Student Government president, who addressed the SGA at its last meeting. The objectives of the bill remained the same, but the language included more background about the situation.

Max Rosen, the transfer student representative, argued against the bill because he felt its wording was conflicting. To him, the bill contradicted itself by advocating for and against affordable graduate student housing.

Rosen believed the bill should state the SGA’s support of the project if the concerns are addressed.

“We should clarify that we are trying to reach a compromise and strike a balance between environmental protection and affordable housing,” the sophomore criminology and criminal justice major said. “The legislation does not do that.”

Isabella Kushner, the engineering representative and bill’s sponsor, said declaring the SGA’s opposition to the project plainly was important and anything otherwise would allow their requested changes to be overlooked. She then put forward a motion to stop debate and force the legislature to vote on the bill.

“I felt like [Rosen] kept saying the same thing over again and [further debate] wasn’t going to be helpful,” Kushner, a sophomore civil engineering major, said.

The SGA also passed a bill to support the creation of the Sustainability Internship Scholarship Stipend Program.

The proposed stipend is meant to provide a temporary solution to students in full or part-time sustainability related internships that are underpaid. The SGA defines underpaid as working for less-than the state of employment’s minimum wage.

The creation of the stipend is contingent on the university increasing a semester sustainability fee. Every semester, enrolled full-time students pay $6 as part of the mandatory fees earmarked for sustainability initiatives, and the SGA supports increasing the fee to $15.

If the fees increase, the university could fund the stipend program, according to the bill.

“If you need to fulfill your basic needs, a low-paid internship is not an option for you,” said Nina Jeffries, the SGA sustainability director and senior environmental science and policy major.