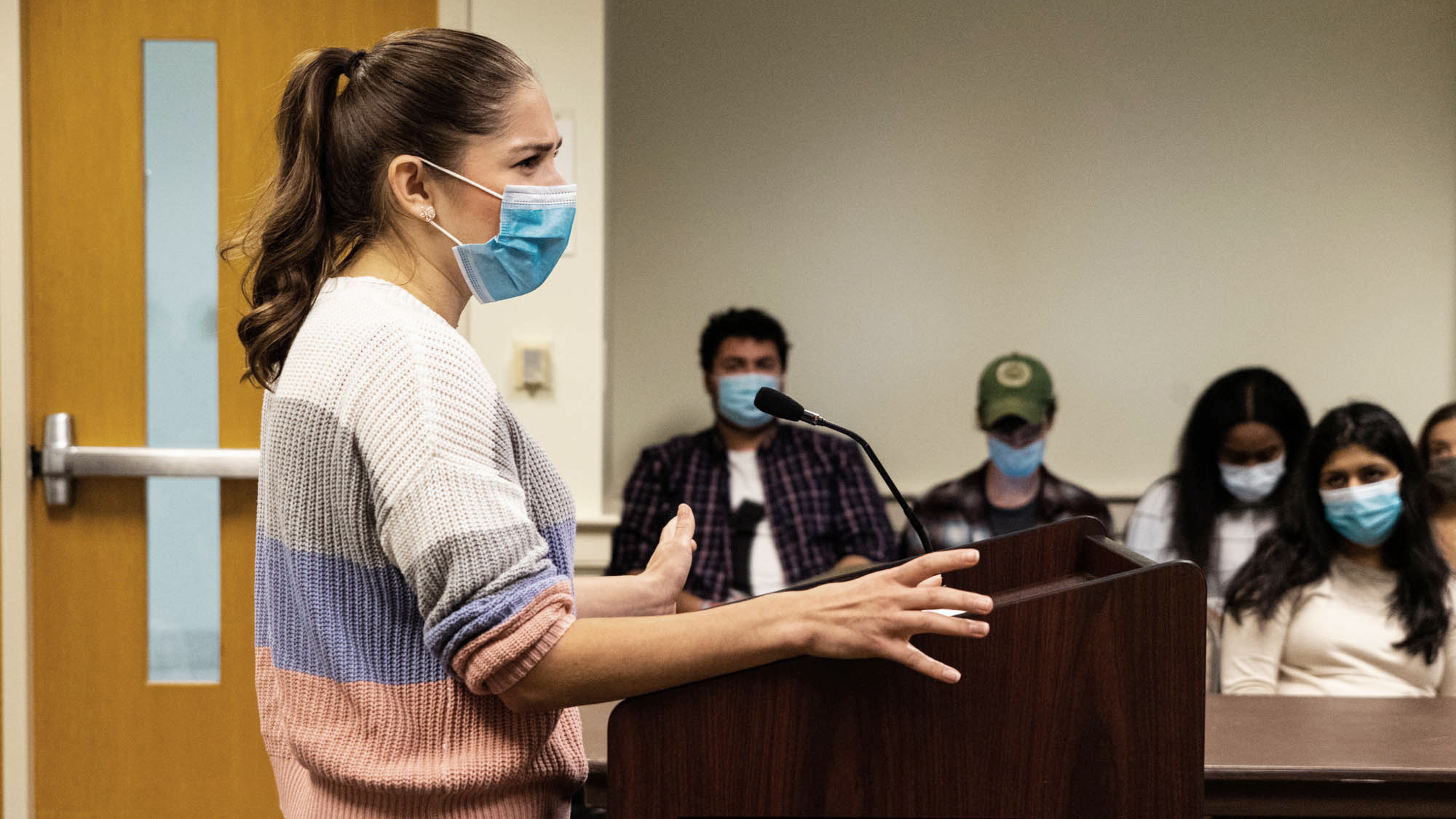 With a heavy docket for the night, the University of Maryland SGA passed a motion to table voting on a bill opposing the looming development of Guilford Woods into a housing complex.

The Western Gateway is a public-private partnership between the Gilbane Development Company and the university that will rest on the Guilford Woods – a 15-acre forest bordering South Campus. The new complex would occupy 9.1 acres of the land, consisting of graduate student housing, townhomes and supporting infrastructure, such as roads.

Proposed as another affordable housing option, 300 housing units will be earmarked for graduate students starting at $899 per month.

“The cost of living [in College Park] does not fit the graduate student budget,” said Tamara Allard, president of the Graduate Student Government, who came to the meeting to oppose the bill. “The fact of the matter is, nothing in this area is affordable enough. These units are just much more affordable than what is already available.”

Currently, the bill would see the Student Government Association oppose the Guilford Woods development and ask the university administration to address environmental and affordability concerns, as well as investigate other proposed construction sites that would not require deforestation.

The bill also calls for Gilbane to replant a forest of comparable size on or near the campus as well as increase the number of reserved graduate housing to 1,000 units. As it stands, the developer has committed to planting an equivalent number of trees throughout Prince George’s County.

But Allard called the provision for more graduate student housing units an impossible request because College Park zoning laws for the proposed area only allow for up to 48 units per acre, totaling to a little under 500 units. And, according to Allard, Gilbane has stated they would be willing to increase the unit count to that number.

Prior to the meeting, several students submitted concerns condemning the development, citing the ecological impact on the immediate area and overall environmental health of College Park.

“We’re really thinking about the value of trees to public health,” said Nina Jeffries, the SGA sustainability director and senior environmental science and policy major, in favor of the bill. “In my committee, I’ve got like 10 people working on this and they all use Guilford Woods in some way. There is value in these woods.”

Allard feels that the graduate student concerns were being overlooked for sustainability ones. Seventy-five percent of graduate students support the construction of the development, she said.

“There needed to be better clarification in the bill, and better clarification for the other legislators voting on the bill,” said Isabella Kushner, the engineering representative and a sophomore civil engineering major. “The president of GSG brought up a lot of information. And I think that there was some information that we had in addition to hers that sounded conflicting because the wording was not as specific as it needed to be.”

“I really just want to make sure SGA and GSG are in alignment,” Allard said. “I truly believe that the student body, both the graduate and undergraduate, need to be unified on these issues.”