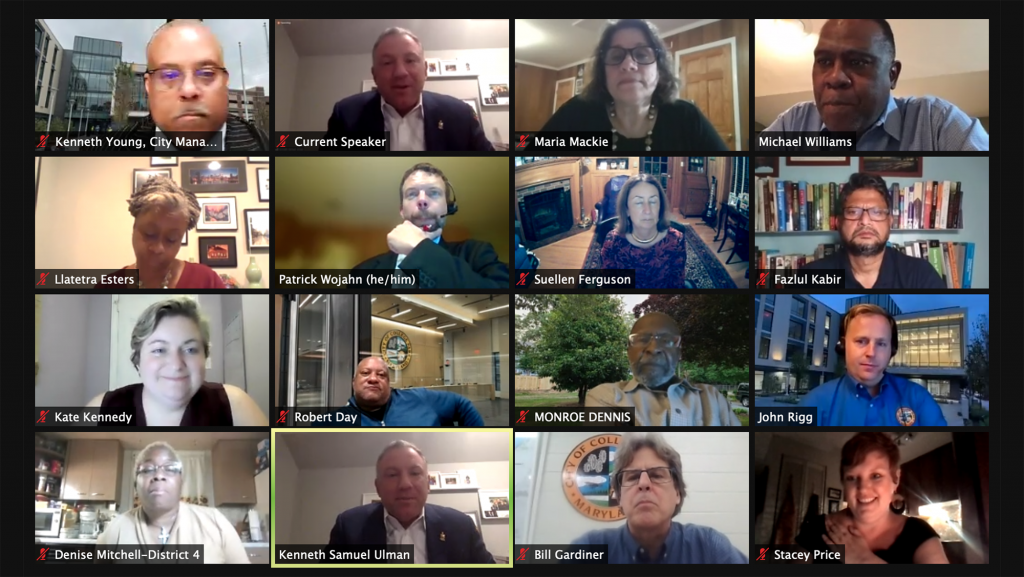 The College Park City Council voted unanimously to start negotiations to create a new store, Shop Made in Maryland, in a retail space of College Park’s soon-to-be-open city hall.

During the council’s virtual meeting Tuesday night, council members were enthusiastic about the new store, which would feature goods from Maryland-based artists and makers as well as a coffee bar, cafe and beer and wine service in the evenings.

“I am just thrilled, excited, elated, can’t wait,” said District 4 council member Denise Mitchell. “This is phenomenal for us as a city … And I can see this just really blossoming to many other opportunities.”

The city will allocate up to $75,000 in a grant to start the Shop Made in Maryland store in the city hall, funding which comes out of College Park’s federal pandemic relief funds.

[‘She’s on our side’: Megha Sevalia is an advocate as City Council student liaison]

Shop Made in Maryland will be one of the retailers on the first floor of College Park’s new city hall on Knox Road, which will be substantially complete in October, according to assistant city manager Bill Gardiner. The building will house city and University of Maryland offices, four retail spaces and an outdoor plaza, according to Ken Ulman, president of Terrapin Development Company.

The concept for Shop Made in Maryland will be an extension of an existing chain in Washington, D.C., called Shop Made in DC The chain has six stores throughout the city and will soon open another located in Alexandria, Virginia. The College Park location will be the first Maryland location of Shop Made in DC.

Co-founder and chief localist of Shop Made in DC Stacey Price said the chain’s existing locations are spaces for local creative minds to meet and grow their brands. Stores hold classes featuring local artists to create a sense of community.

Between holding classes with creators and the coffee bar, Price said, the new retail space could be a community meeting spot and place for people to embrace their creativity. Ulman suggested that council members could meet with constituents over coffee.

District 3 council member Robert Day, a woodworker himself, was enthusiastic about bringing goods from local makers to a storefront in College Park.

“What greater opportunity are we going to see, as a city, as a council, to invest in a small business that is helping to foster other small businesses,” Day said. Day has visited two locations of Shop Made in DC.