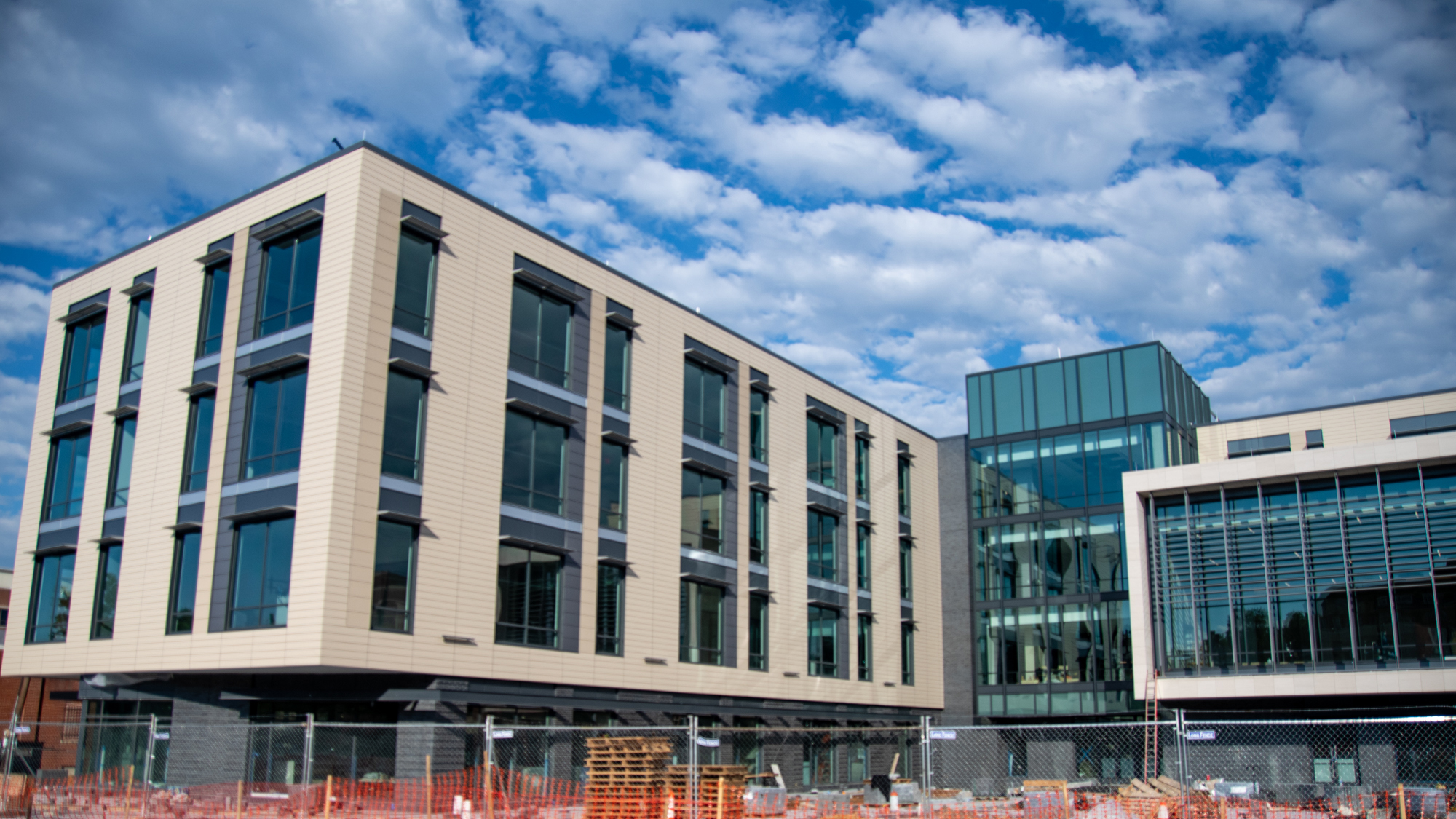 Construction on the new College Park City Hall building will be substantially complete in October, according to interim city manager Bill Gardiner.

The new building will house both city and University of Maryland offices, include spaces for four retailers on the first floor and an outdoor plaza, said Ken Ulman, Terrapin Development Company president.

“It is the only joint venture to build a new city hall between the local municipality — in this case the city of College Park — and the anchor institution, the University of Maryland,” Ulman said.

The project is on track to cost about $51 million, of which about $20 million is paid by the city, according to Gardiner. The remaining cost will be paid by the University of Maryland and potential retailers.

City and university officials broke ground on the project in February 2020. The old city hall was demolished later that month.

City and university offices are projected to move into the building by the end of the year, Ulman said.

Having university and city offices just down the hall from each other in the new city hall space is emblematic of the growth of the relationship between the city and the university, university President Darryll Pines told The Diamondback.

“It’s unique, and I think it really further solidifies our partnership,” he said.

Ulman also emphasized the importance of the outdoor plaza in making the space function for longer-term residents and students alike.

“One of the things that we are really striving for is to create more wonderful outdoor spaces that our students and the broader community want to spend time in,” he said. “I think that’s something that we’re really lacking, especially on Baltimore Avenue.”

The location of the city hall in downtown College Park will also hopefully allow for people to be more engaged in city politics, said District 4 councilwoman Maria Mackie.

“I’m hoping that it becomes a central part of College Park,” Mackie said, “I think it’s really going to be an asset to the city.”

Following the official opening of the building, the College Park City Council may move to in-person meetings, but the decision will largely depend on COVID-19 cases and the situation with the delta variant, Mayor Patrick Wojahn said.

Some council members are somewhat eager to return to in-person meetings, but with the coronavirus still rampant, concerns remain.

“I’m not sure that we’d feel safe doing that,” Wojahn said. “We have to account for the fact that sometimes our meetings do get crowded if there’s a controversial issue.”

District 1 councilwoman Kate Kennedy was also cautious about the idea that council meetings should “snap back” to their pre-pandemic methods.

“The world has changed in terms of in-person and online,” she said. “I welcome the idea of us all meeting in person again, and having community members there as well … and obviously it probably won’t look like it used to look.”

Residents will be able to attend city council meetings virtually, even when they are held in person, allowing more accessibility for residents who are unable to attend the weekly meetings which often run into the late hours of the night, Wojahn said.

“7:30 p.m. is not always the best … time for people to be showing up, so we want to be as flexible as possible,” Kennedy said.