‘She’s on our side’: Megha Sevalia is an advocate as City Council student liaison 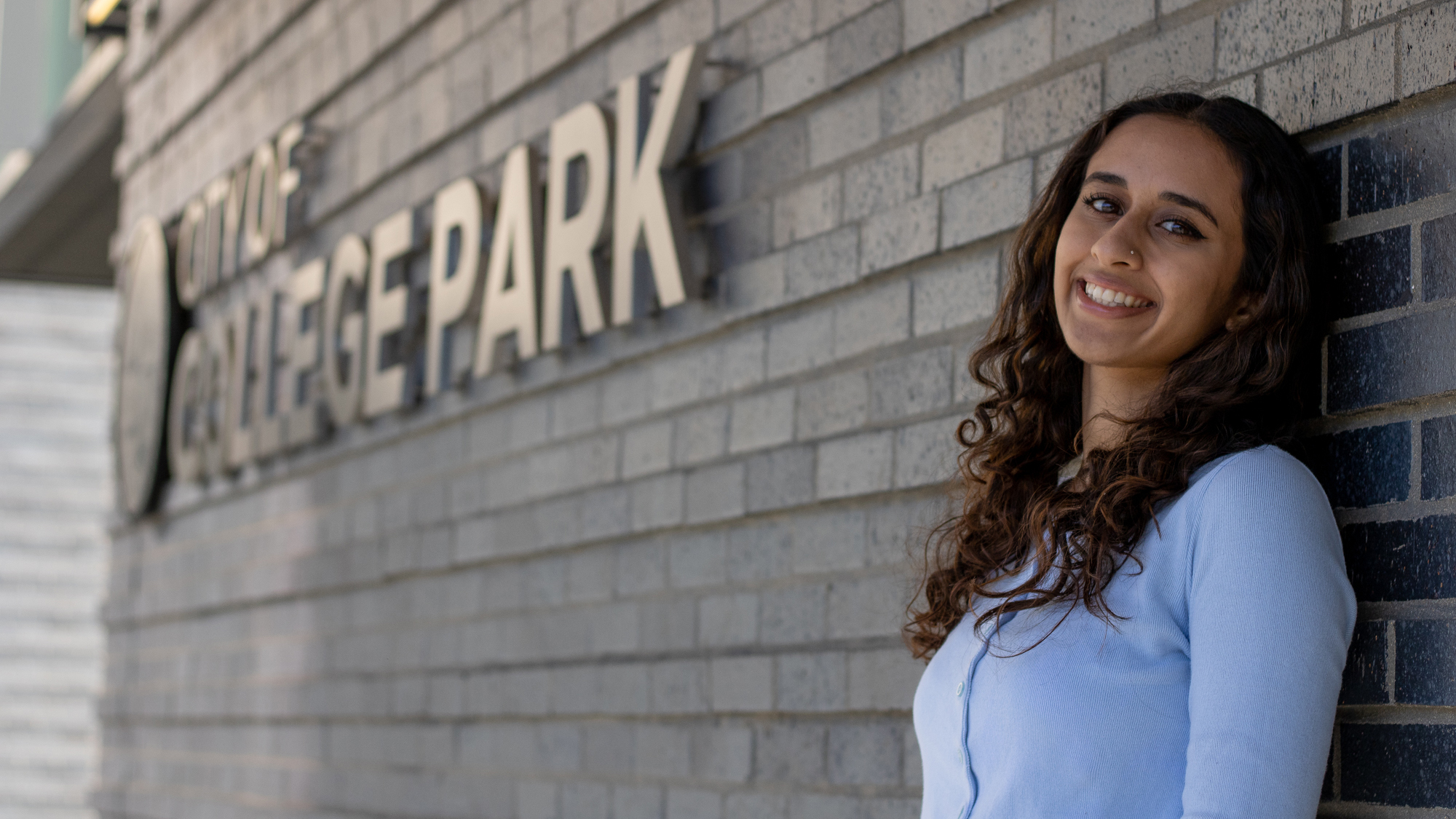 After a day full of school work and classes at the University of Maryland, Megha Sevalia opens her computer most Tuesdays at 7 p.m. and logs onto Zoom. She’s among the youngest on the call.

Sevalia, who serves as the Student Government Association’s liaison to the College Park City Council, prepares to speak on behalf of students to city officials, working to represent the student body and communicate student concerns to the council.

As student liaison to the council, Sevalia is tasked with bringing students’ opinions to the forefront of the council’s decisions. She attends council meetings and encourages other students to pay attention to or even get involved in local government.

“She’s on our side, and it’s nice to know that there is someone out there who is advocating for [students],” said Umailla Fatima, a friend of Sevalia’s and a computer, mathematical and natural sciences representative for the SGA. “Whenever she talks, you trust what she has to say, because she backs it up with whatever evidence that she can.”

Sevalia also communicates current topics of interest in the city of College Park with this university’s SGA leaders.

Representing tens of thousands of students at the College Park City Council, Sevalia researches and reaches out to leaders in different organizations on and off campus to figure out which issues matter to them most. She then works with SGA representatives to create initiatives that will “improve city and student relations and increase student wellness and safety,” Sevalia said.

One of the more time-consuming aspects of her job, she said, is the process of putting students, residents and city officials in contact with each other when they have a question or concern.

“I recently got contacted to talk about issues happening in a random dorm, from a parent on the outside who didn’t know where to go. And they went to the city, and then the city went to me,” Sevalia said.

Fatima, who has known Sevalia since their freshman year, wasn’t surprised to see her affinity for communication. As a friend, Sevalia was always the person to talk to.

“We would just sit on her couch and do work together, which was really nice to have a little safe space,” Fatima said. “She’s really good at making you feel comfortable and safe.”

Taking these skills into a professional setting by creating a high level of accessibility and being in contact with different people is crucial to her work as liaison, Sevalia said.

Josie Shaffer, SGA vice president, has also picked up on Sevalia’s strengths as a liaison.

“I think she’s very educated and thoughtful on what is happening in city politics and around the neighborhoods, which makes her a fantastic liaison,” Shaffer said. “She’s really well in tune and understands the ramifications for everything she does.”

District 3 council member Robert Day says he appreciates hearing the voices of students, and he hopes this communication will build a better understanding between city officials, students and residents.

“She’s come to us with issues that we need to think about and we need to address as a whole,” Day said. “The simple fact that we’re having that conversation changes the narrative, it changes how we address the issues. So we have to keep having those conversations, and the student liaison is key in that.”

Sevalia’s role as mediator between city and students is integral for communication between the two entities, said SGA president Kislay Parashar.

Some council members, Parashar said, are not open to listening to student voices. It is up to the city council liaison to emphasize student concerns during city meetings, while also ensuring the actions are in the best interest of city residents, Parashar said.

“That is a lot of pressure on [the liaison], and I think so far Megha has done a great job,” Parashar said.