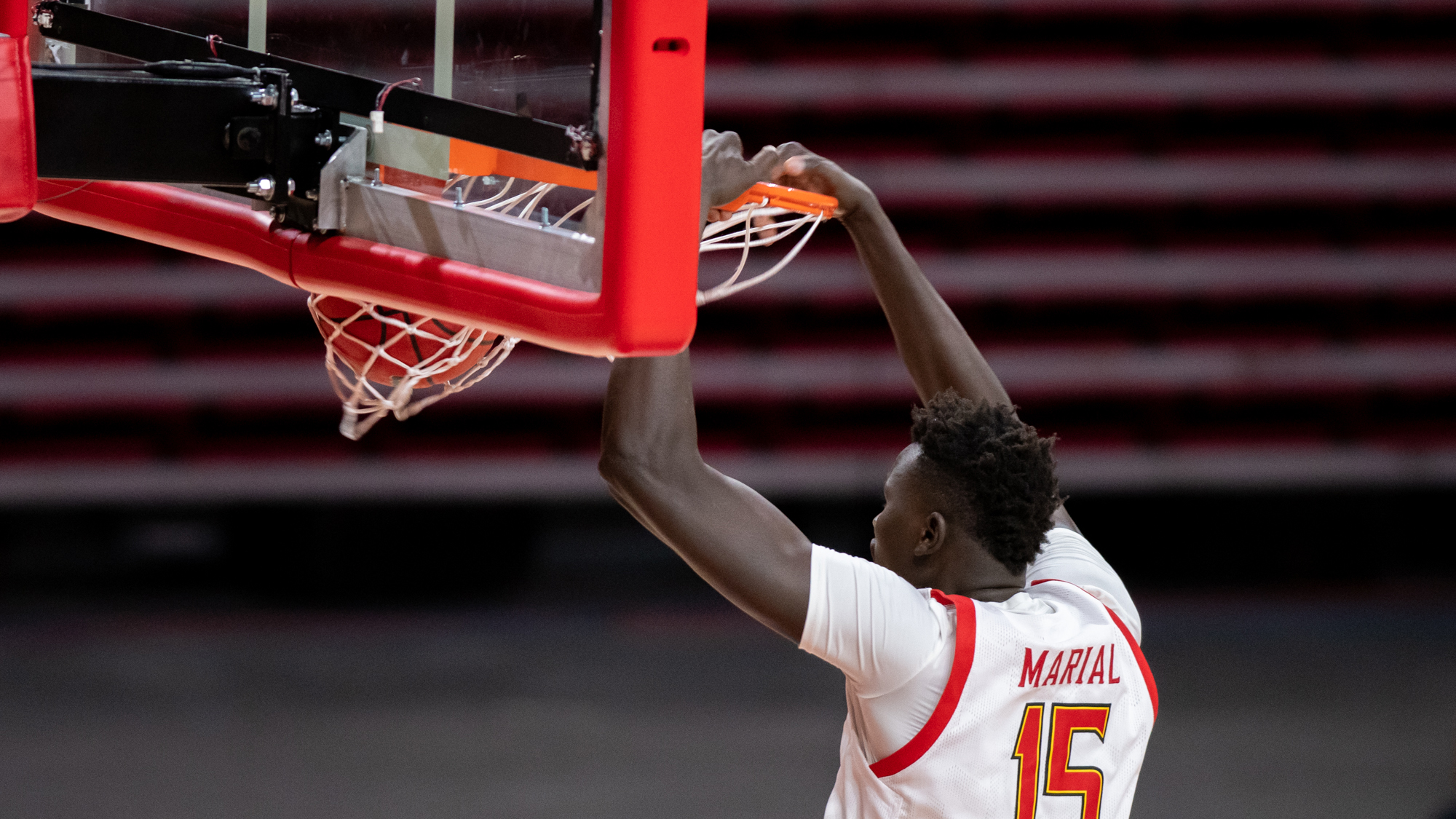 Maryland men’s basketball saw its first major departure of the offseason Wednesday, as Chol Marial entered the transfer portal, he announced on Twitter. The 7-foot-2 center averaged 1.3 points per game and 1.3 rebounds per contest while playing under six minutes per game.

“I want to thank Coach Turgeon, the coaching staff and my teammates for two memorable years at Maryland,” Marial said in a statement. “I am thankful to Maryland for helping develop me into the player I am today and will always remember our Big Ten championship.”

The former four-star recruit was highly touted coming out of Arizona’s Compass Prep School. Marial was widely expected to be a major contributor for coach Mark Turgeon’s team, but injuries derailed the start of his college career.

He needed surgery to repair stress fractures in both his legs in September 2019, causing him to miss the first 12 games of his freshman season. He only made brief appearances in 11 games the rest of the 2019-20 campaign as he still battled pain from the operation.

But after Makhi Mitchell and Makhel Mitchell transferred and Jalen Smith left for the NBA Draft, Turgeon had a major hole in the frontcourt he needed to fill. Early in the 2020-21 season, he turned to Marial.

Though the Rumbek, South Sudan, native only started one contest, he saw double-digit minutes in three of the season’s first four games, including a seven-point, four-rebound, two-block performance against Old Dominion. But he never looked fully comfortable on the floor, and as the campaign progressed, his playing time shrank.

After a blowout win over Wingate on Jan. 15, he saw just six minutes of action across five games the rest of the season. He last appeared in the final minute of Maryland’s 96-77 loss to Alabama in the NCAA tournament, hitting a turnaround jumper in the game’s waning seconds for his final points with the Terps.

Now, Marial is departing College Park, hoping to find a place to start anew and get back on track after disappointing freshman and sophomore seasons.

“We enjoyed having Chol as part of our program the past two seasons,” Turgeon said in a statement. “Chol has been a tremendous teammate and always brought a positive attitude. I understand his desire to seek more playing time and wish him nothing but success in the future.”