Hampered by injuries, Maryland basketball’s Chol Marial is on path back to full strength 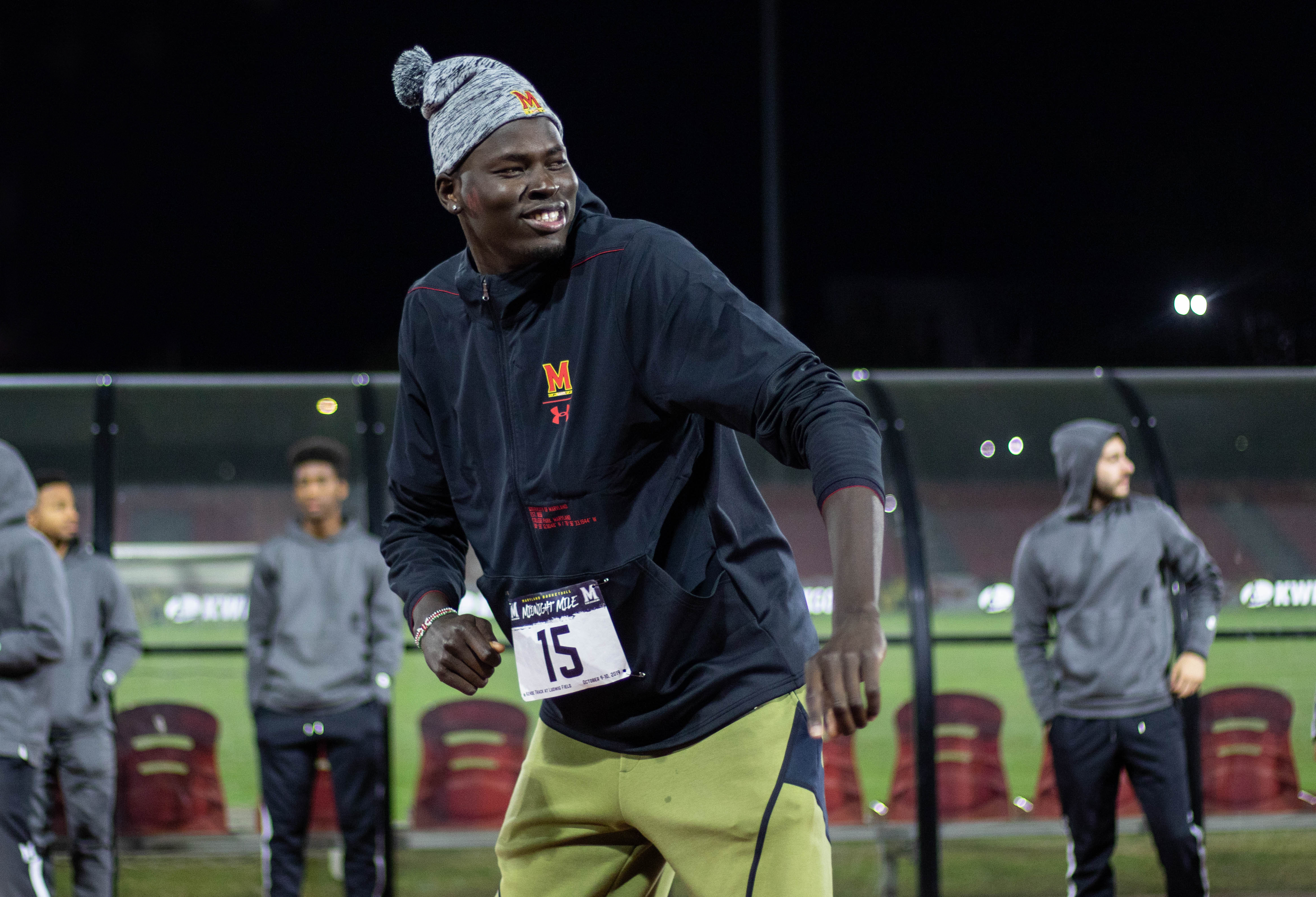 With the way he feels now, Chol Marial wishes he had the operation sooner, that he knew then what he knows now: Those shin splints, the ones that caused him pain while playing basketball for the better part of the last two years, weren’t shin splints at all.

Instead, they were stress fractures in both legs. And after the 7-foot-2-inch freshman arrived in College Park and saw Maryland basketball trainers, it became evident that surgery would be the best path forward. Now, six weeks removed from his operation on Sept. 4, Marial feels better than before. He can’t jump yet, but he’s shooting, lifting weights and doing floor drills.

He’s looking forward to his next doctor’s appointment, scheduled for Nov. 25, and hopes he’ll be cleared and able to return to full speed at the three-month checkup. Marial was a wild card — the 13th scholarship player on coach Mark Turgeon’s squad. But he’s eager to contribute in any way he can.

“I should’ve done [the surgery] before I even got here,” Marial said. “Now I’m just excited. I’m going to get a chance to play with no pain again.”

Marial, a highly-rated recruit who slipped to a three-star prospect on 247Sports’ scale because of injuries, offers Turgeon another frontcourt option on a team suddenly rife with them.

The South Sudan native is a cherry on top of a freshman class that features Donta Scott and Makhi and Makhel Mitchell. Those four newcomers could be vying for minutes along with returning big men Joshua Tomaic and Ricky Lindo, allowing Jalen Smith to catch a breather and Turgeon to rotate at his discretion rather than out of reluctant necessity.

With more depth this year than he’s used to, Turgeon believes there will be more flexibility and a greater distribution of minutes for his squad.

“There will be times in games this year where we sub and we get better, and that hasn’t always been the case,” Turgeon said. “The last couple years, we sub, we’re just holding on. It’s just, ‘Oh my gosh, we’re up six, try to keep it at six.’ But when we sub back in, it’s tied. I don’t think that’ll be the case this year.”

Turgeon said he’s more in control of when to sub than he was last year because of the additional options he has now. If a player doesn’t box out, the coach will have no qualms pulling him. There’s enough depth on the bench, especially in the frontcourt, to warrant rotation.

“A lot of new faces and a lot of new skill,” Jalen Smith said. “Chol, he just brings length. They all help us in individual ways.”

Should Marial be cleared at his Nov. 25 checkup, the earliest game he could feature in is against Temple three days later at the Orlando Invitational. But in all likelihood, Marial will need more time to prepare for his college debut. He’s still dealing with some knee swelling, which is keeping him from jumping.

But whenever his debut comes and whatever capacity it comes in, Marial is thankful that he will be without the pain that has held him in its grip for the past two years.