In hopes of cementing a spot in the rafters, Anthony Cowan is back for Maryland basketball 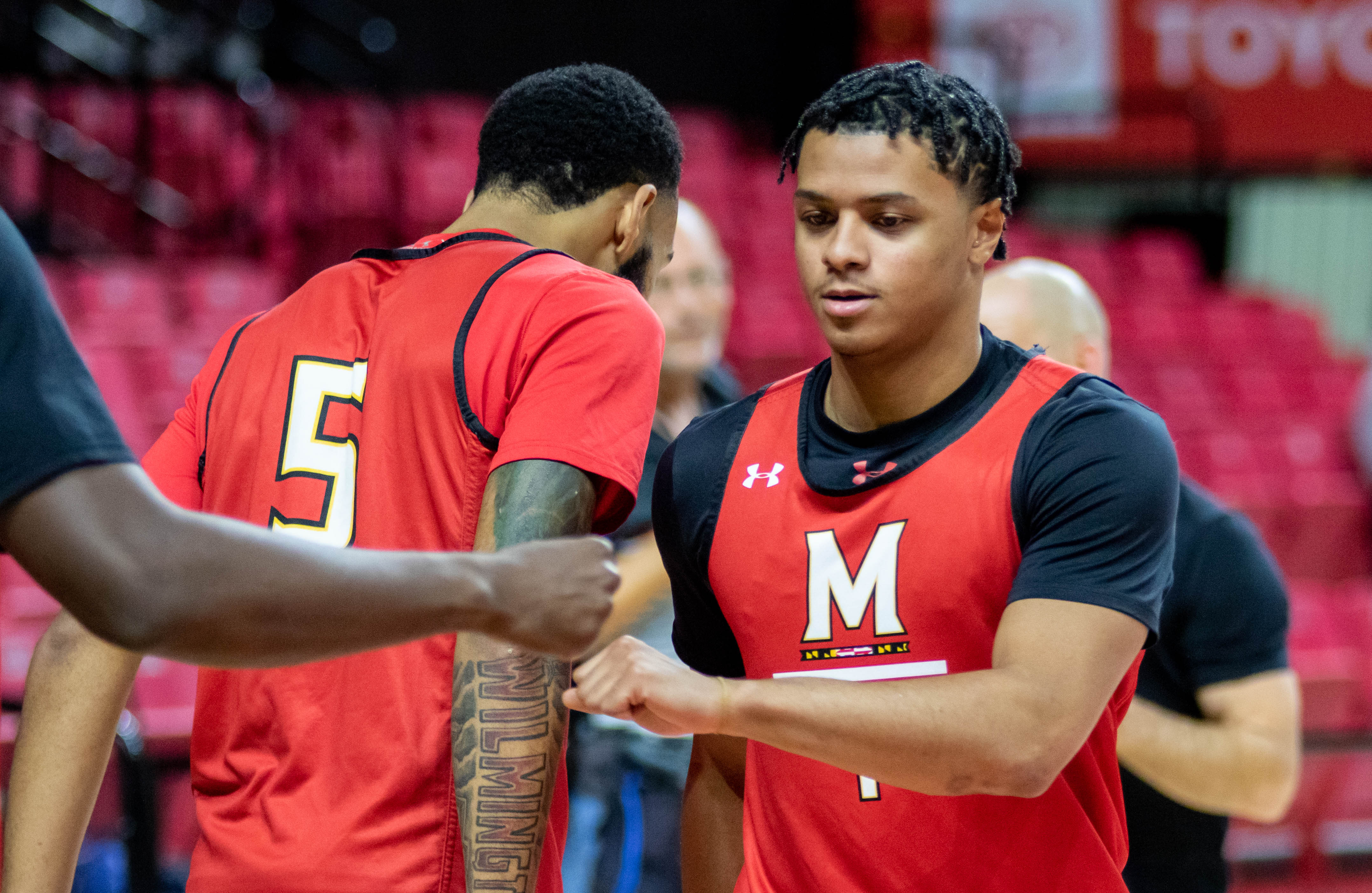 Before every practice, Maryland men’s basketball guard Anthony Cowan lays on the court so basketball performance director Kyle Tarp can stretch him out.

While on his back, Cowan has a direct view of the Xfinity Center rafters, adorned with banners paying homage to the program’s greats. He’s also fixated on the lone national championship banner that hangs there.

In an era where four-year starters are rare, Cowan withdrew his name from the NBA draft in May to focus on cementing his legacy as a winner for his hometown school, with the ultimate goal of raising a banner.

“I was [always] coming back. I’ve got to win something. That’s just how I’m built,” Cowan said. “It’s hard to really sleep for a few days if I’m not winning.”

Growing up, the Bowie native admired the game of Juan Dixon, a Maryland great whose number hangs above Gary Williams Court. Cowan watched his highlight tapes and a video of his championship performance in 2002, when Dixon’s 18 points led the Terps to their first title.

While Cowan committed to coach Mark Turgeon’s program during his junior year of high school, his insatiable desire to win kept him motivated to tend to unfinished business at St. John’s College High School in Washington, D.C.

[Read more: Maryland is more than halfway to its fundraising goal for $36 million basketball center]

In his senior year, he led his team to the championship game of the highly competitive Washington Catholic Athletic Conference. They matched up against DeMatha, led by future No. 1 NBA draft pick Markelle Fultz.

“He knows what that did for his legacy in high school,” Turgeon said. “He wants to be remembered as a winner, and that’s why he’s back.”

During his freshman season, the guard started every game and played a large role in that team, earning an NCAA tournament appearance. But the season came to a screeching halt with a first-round loss to Xavier.

In Cowan’s sophomore season, Turgeon’s squad wasn’t among the field of 68 for the tournament. He refused to watch because he was so disappointed with his team’s absence.

Last season, Cowan finally tasted the sweet victory of a tournament win with Maryland’s 79-77 victory over Belmont. Two days later, though, the Terps found themselves on the other side of a two-point result, losing to LSU 69-67 on Tremont Waters’ buzzer-beating layup.

Cowan said it took only a couple of days following the defeat for him to get back into the gym and start working toward his senior season.

“That really didn’t sit with me too well, especially just ‘cause how I played individually that whole postseason,” said Cowan, who shot a combined 7-for-29 in the two tournament games. “I just wanted to get back to it.”

Over the offseason, the 6-foot guard focused on adding weight to handle the normal wear and tear of a season, especially in the Big Ten. Turgeon said that Cowan added 10 pounds to his frame to get up to 180 pounds.

“Just being selfless. He’s committed to us,” Ayala said. “We’ve all got a common goal in winning a national championship.”

For three of the players whose names are immortalized in the rafters, there’s a common thread between their banners and the one that commemorates the 2002 national championship. Dixon, Steve Blake and Lonny Baxter all cemented their legacies when the final seconds of the title game ticked away at the Georgia Dome.

As this year’s Maryland team enters with top-10 recognition in a host of preseason polls, Cowan dreams of similar seminal moments in the tournament.

“I envision it counting down — three, two, one — and me and my teammates hugging, coach running out happy. That’s all I think about, those last three seconds and everybody just comes out happy [and] excited that we can say that we’re champions,” Cowan said. “We’ve got to take that one day at a time, we all know it’s not going to be easy.”