After battling injuries, Chol Marial is ready to make an impact for Maryland basketball 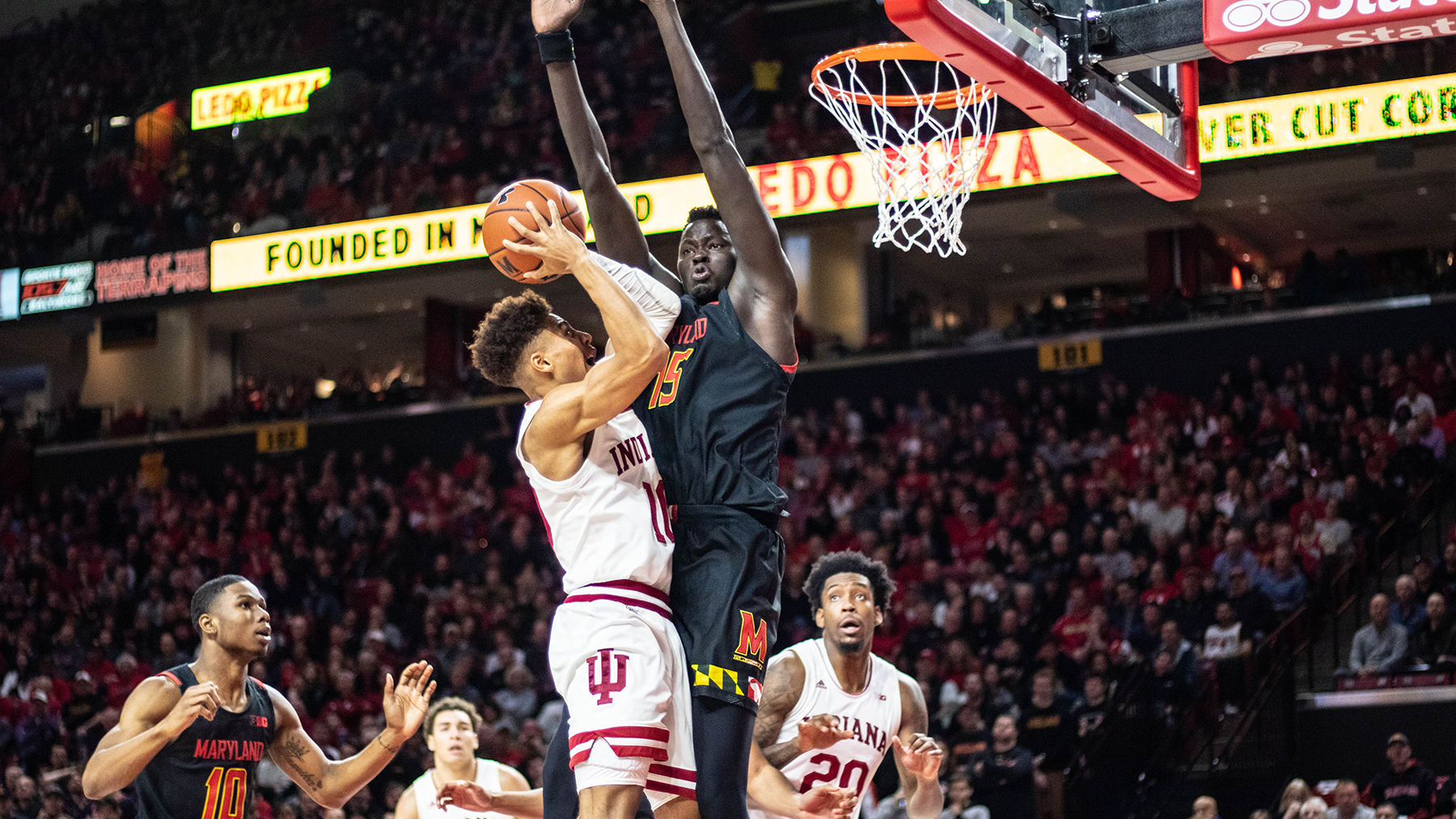 Midway through the first half against Bryant on Dec. 29, 2019, Chol Marial ripped off his warmup shirt and ran to the scorer’s table at Xfinity Center. The Maryland crowd stood and cheered as the 7-foot-2 center stepped onto the floor as a Terp for the first time.

Marial’s journey to Division I basketball was different from most. He was raised in Rumbek, South Sudan, and came to the United States for the first time when he was 14. During his first two years of high school, he drew interest from college coaches across the country. Then, the injuries came.

Ongoing shin splints left him in constant pain and kept him out of high school games. He played in fewer than a dozen games during his senior year at AZ Compass Prep, before coming to play for coach Mark Turgeon at Maryland.

Marial underwent surgery to repair stress fractures in both legs in September 2019, which caused him to miss the first 12 games of his freshman season. In his debut, he played 14 minutes and notched six points and five rebounds, which all turned out to be season-highs.

Now, 14 months after Marial’s operation, Turgeon says his center is 100 percent pain-free in his left leg and only sometimes experiences pain in his right leg. Though he spent much of the offseason in Arizona away from the team, the Terps believe Marial is poised to become an impact player in Maryland’s frontcourt.

“He’s starting to look like the Chol that I remember coming out of high school a few years ago, so it’s exciting,” Turgeon said. “And he’s got a great attitude.”

Though the team hasn’t entirely put last year’s Big Ten championship season behind it, Marial would like to forget a lot of the struggles he went through as a freshman.

As pain continued to run through his legs, Marial didn’t play more than 10 minutes in a game after his debut against Bryant, and he scored just four points during the conference slate. He didn’t even see the floor when Maryland clinched the Big Ten title against Michigan on March 8.

Marial was hoping to help the Terps in the Big Ten and NCAA tournaments, but he never got the chance after the season was canceled due to the coronavirus pandemic.

“Last season was really hard,” Marial said. “When I came back, I was not really ready. Then when I started getting ready, they shut the season down. But now, we’re ready.”

Turgeon, once a point guard at Kansas, said he treats his centers the same way he treats his point guards. He expects them to work hard and challenge themselves every time they step onto the floor.

Without former Maryland big man Jalen Smith to challenge him during practice, Marial had to push himself more than ever. He said he wants to do his best to fill the void left by “Stix” in the Maryland paint.

“He got me ready, and I got him ready,” Marial said. “To have that experience with him last year was really fun, and I think I learned a lot from him even though he left. We’re just trying to fulfill what he did for us last year.”

Although he was away from Maryland’s training staff this spring and summer, Marial continued to rehab his legs following a routine with individual drills, lifting and other workouts, including conditioning in the Arizona desert. He also had the support of former teammates from AZ Compass Prep, with whom he ran pickup games over the summer.

Marial said he still felt a little rusty around his teammates when he returned to College Park. But veteran Terps, such as junior Aaron Wiggins, said they saw a player who looked a lot healthier and more confident than the last time he practiced at Xfinity Center.

And since, they’ve seen him display offensive and defensive skills that were lacking in an unfit Marial.

“It’s been incredible watching his growth and progress over time,” Wiggins said. “Even in the last month that we’ve been together, he’s grown. He continues to show flashes of his potential and his ability to make plays.”

While Marial won’t debut this season in front of a roaring crowd, expectations for the former four-star recruit are arguably just as high. Marial doesn’t think those expectations put too much of a burden on his shoulders, and with stronger legs under him, Marial trusts himself to take the next step for the Terps.

“I don’t really feel any pressure, I just got to do my thing,” Marial said. “When you feel pressure, you’re nervous, but I’m not nervous to play. I just want to play right now.”