“Let’s focus on us”: Maryland women’s lacrosse is locked in ahead of busy stretch 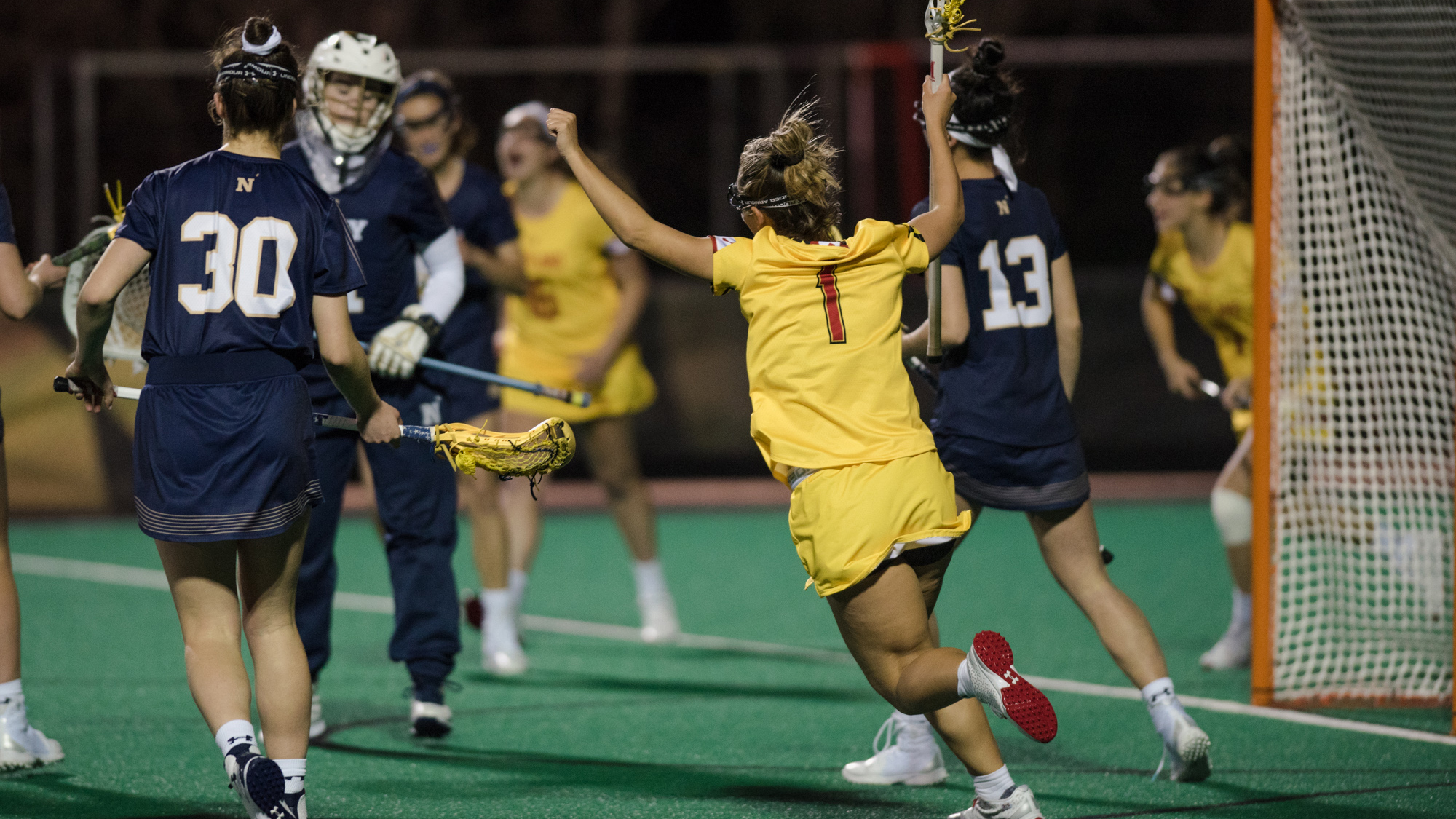 When Hannah Leubecker took the field Sunday, it was her first time as a starter for Maryland women’s lacrosse. The sophomore had few opportunities to be seen last season before her freshman year was cut short due to the COVID-19 pandemic.

Between those appearances and her work in practice, coach Cathy Reese chose Leubecker to fill an opening in the offense left by a graduating Kali Hartshorn for game one. And she made her mark, scoring two goals and equaling her 2020 total.

Moving forward, Leubecker will be experiencing many firsts, even as a sophomore. But for her and the many young Terps, it’s all about controlling their own fate in a season of uncertainty.

As the Terps prepare for two home games against No. 17 Michigan, Reese’s squad is focused on one day at a time, despite an abnormal schedule looming.

As part of the Big Ten’s conference-only schedule, games between schools in different geographic areas will be played over one weekend in a single location in hopes of limiting team travel.

Not only will this be the first time No. 10 Maryland (0-1) will play two games in one weekend this season, it’s the Terps’ first time to do so since the 2019 NCAA tournament. In 2020, the closest two games were three days apart — Maryland hosted Navy on a Wednesday and then Hofstra on Saturday in March.

During the preseason, Reese compared these weekend matchups to tournament-style play, one of the Terps’ strengths. However, sophomores and freshmen alike have never played with such a quick turnaround on a collegiate level. It’s going to be the veterans on the team that will push the underclassmen forward in a tough weekend against the Wolverines (0-1).

“It’s fun for the older girls to kinda relive [tournaments] a little bit,” senior Lizzie Colson said. “But it’s nice that we have that older experience, and we can kind of just take them under our wing and talk them through that.”

To stay ready for a long weekend of games, Leubecker said she plans to find a balance between getting rest and taking in extra treatment sessions and runs to stay well-conditioned.

“Most important is to take care of your body,” Leubecker said, “making sure you’re physically ready and also mentally preparing.”

Mentality, Reese said, was what let Maryland down last Sunday in a 15-13 loss to now-No. 7 Penn State. After the game, she said the Terps were not aggressive and tough enough to contend with the Nittany Lions.

After experiencing those opening-day jitters, it will be important for Maryland to rebound quickly, with every game counting for more in a shortened season. After this weekend, the Terps will have finished one-quarter of its regular season schedule.

“We just need to get back to playing our game,” Leubecker said. “We can’t make excuses for any of that stuff. We’ve been playing well in practice. We just need to translate that into the game.”