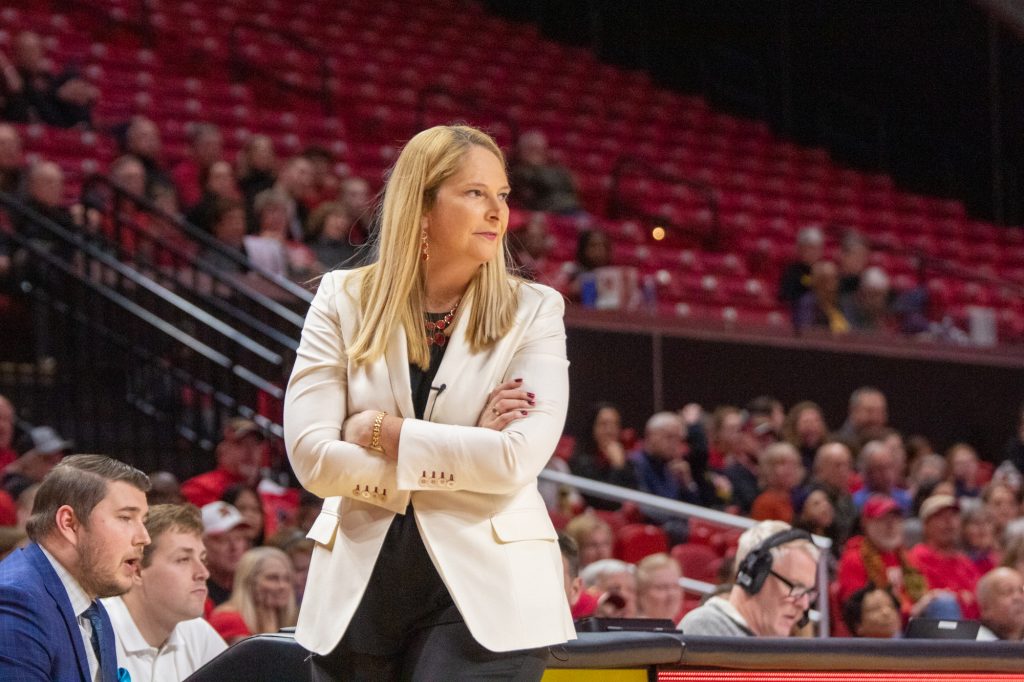 After a tough early-season tournament in which it split its games against two ranked teams and finished 2-1 overall, Maryland women’s basketball dropped two spots to No. 14 in the latest AP poll released Monday.

The Terps started the season at No. 12 despite an offseason that saw them lose eight players from last year’s Big Ten championship squad. They began their campaign at the Gulf Coast Showcase in Estero, Florida, where they defeated Davidson and Arkansas but lost to Missouri State.

In that tournament, the Terps gained individual awards as well. After averaging 19 points per game and hitting 50 percent of her three-pointers, senior guard Katie Benzan was named the Gulf Coast Showcase MVP and was named to the Big Ten Player of the Week Honor Roll.

Freshman guard/forward Angel Reese was named to the All-Tournament team, averaging 17 points and 8.7 rebounds per game. Reese was also named one of the Big Ten’s Co-Freshman of the Week, along with Iowa’s Caitlin Clark.

Maryland is joined in the polls by two of their opponents. Missouri State moved up from No. 24 to No. 21, and Arkansas dropped two spots from No. 14 to No. 16.

The Terps are the second-highest Big Ten team in the polls, sandwiched between No. 13 Indiana and No. 15 Northwestern. No. 19 Ohio State and No. 24 Michigan also represent the conference in the rankings.