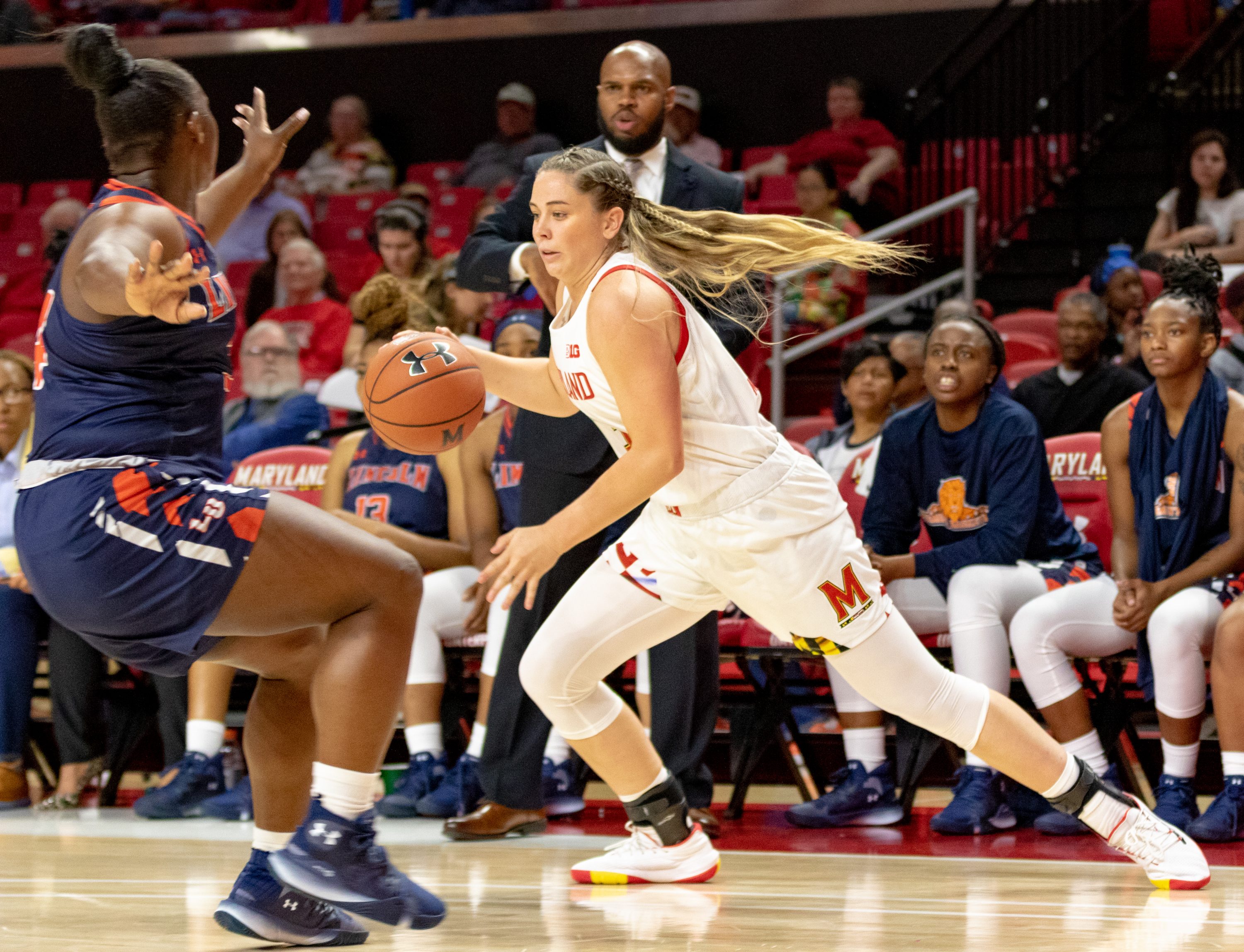 Diamond Miller grabbed a rebound and streaked upcourt early in the third quarter. She drove hard into the defense and was bumped, but no foul was called. Her coach, Brenda Frese, threw her hands out in frustration at the lack of whistle. Then, Jasmine Franklin stripped the ball from Miller and laid it in at the other end.

That turnover was one of 23 for Maryland, who blew a sizable halftime lead and ultimately lost its first matchup with a ranked opponent this season against No. 24 Missouri State, 81-72.

The game turned in the third quarter, where the Terps were outscored 23-9 by the Bears, in a loss that revealed the youth and inexperience of this Maryland team.

“I thought we let our frustrations boil over,” Frese said. “We weren’t able to get stops on the defensive end and then we’re just right now really impatient on the offensive end.”

[Maryland women’s basketball pulls away in second half to beat Davidson, 94-72]

Maryland shot just 21.4 percent from the field in the frame, and saw an 11-point lead turn into a three-point deficit after a 16-0 run by Missouri State that came largely off turnovers.

Miller, who was once again limited by foul trouble and played just 19 minutes, failed to make a field goal a day after putting up a career high in points. She also turned the ball over six times, none costlier than her travel late in the fourth quarter.

“I think we’re trying to do it all at once,” Frese said. “As a result, you know, I thought it was the reason for a lot of our travels and our turnovers.”

Missouri State’s Brice Calip — the Missouri Valley Conference Defensive Player of the Year last season — gave the Terps fits all over the court in the third quarter. The senior guard finished with a game-high 26 points on 7-of-16 shooting.

“We had no answer for it. I thought they were able to get downhill,” Frese said. “The high ball screen gave us a lot of problems. Our defense really broke down I thought in the second half.”.

The game started well for Maryland, who came out firing. Buoyed by crisp passing, strong defense and an efficient 16-for-31 start, the Terps looked in control, heading to the locker room with the lead.

Guard Katie Benzan was the standout early on for Maryland, showing off the shooting range that brought her to College Park. It started quite early for the graduate transfer from Harvard, splashing from beyond the arc less than two minutes into the game. Late in the first, she did it again, darting to the left wing — the same spot she had cashed from some seven minutes earlier — and hitting. She would finish with four three-pointers and 16points on the night, a welcome change from a day ago where she went one-of-five from beyond the arc.

“As a shooter, some days, they won’t fall, on the other days they will,” Benzan said. “But you still have to have that mentality that the next one’s going in. My teammates encouraged me just to keep shooting and tonight. I was lucky enough, fortunate enough that they fell.”

In the final frame, the Terps tried to make a comeback, tying the game at multiple points.

However, Missouri State was too strong offensively, pulling away for the eventual comeback victory. The Bears would end up outscoring the Terps 49-29 in the second half.

“I thought it was a tale of two different halves,” Frese said. “Unfortunately, a game takes 40 minutes, not just 20 and I thought the difference was the punch that they gave us and took our will and our spirit away in the third quarter.