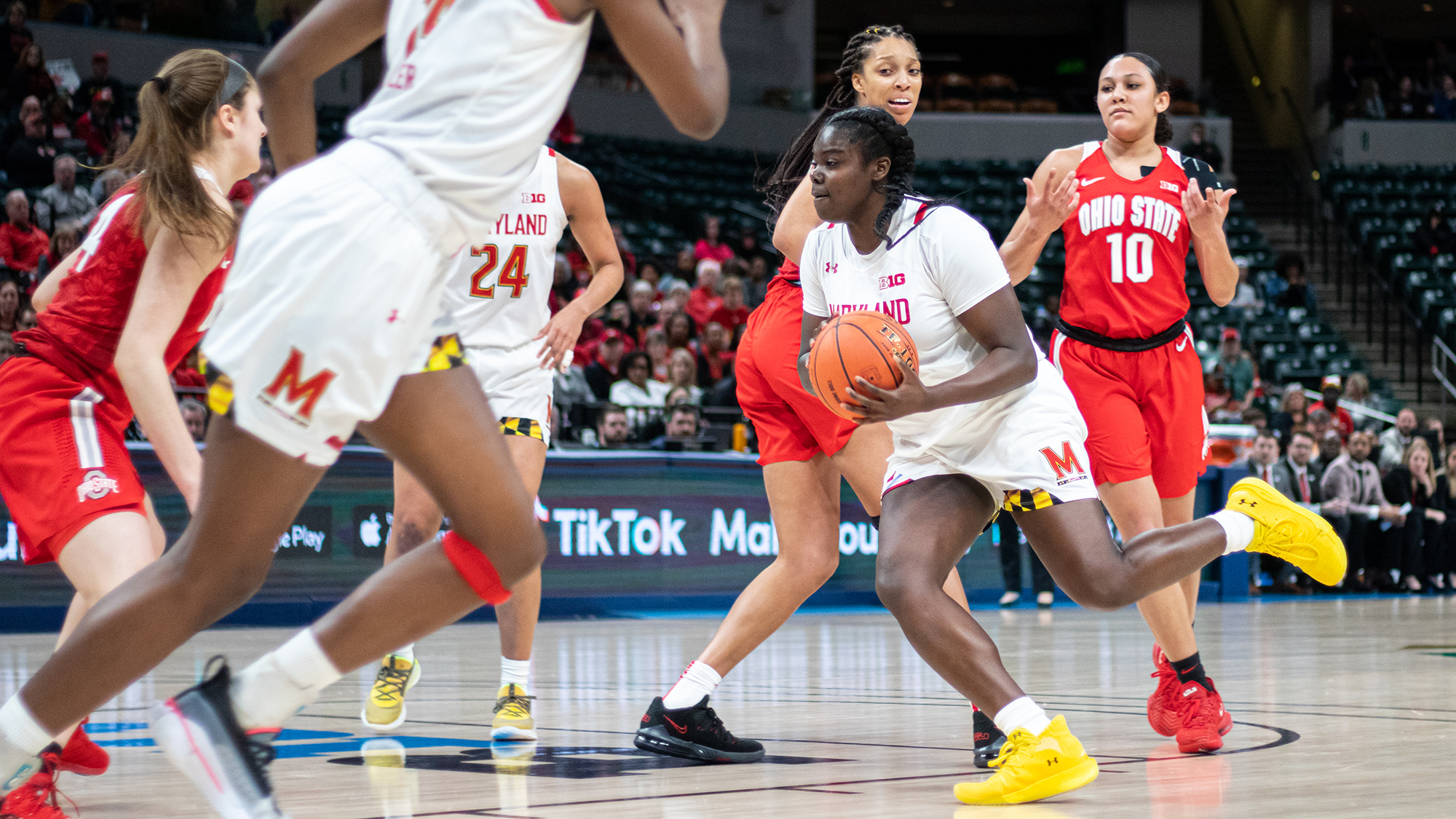 The Maryland women’s basketball team brings in a talented but largely unproven group of guards into this season after an offseason with a great deal of turnover. If they are to accomplish their goals for this season and repeat in a competitive Big Ten, they will need those young guards to flourish in a season that starts at the Beach Bubble Tournament in Estero, Florida.

Coach Brenda Frese’s team will play Friday afternoon, as well as both Saturday and Sunday evening, with games against Davidson, No. 24 Missouri State, and No. 14 Arkansas. These games will be an early bellwether for determining if this Maryland team can replace the 1056 points, 451 rebounds, 211 assists, and 187 steals that three of last year’s leading Maryland guards — Kaila Charles, Taylor Mikesell, and Blair Watson — accounted for.

The task of producing at that level will largely fall on three underclassmen this season: Ashley Owusu and Diamond Miller and the No. 2 recruit in the nation, Angel Reese.

“You go through our entire team, every single person can score the basketball, it’s just you guys are used to the faces that scored it for us last year,” Frese said.

Despite being the youngest, Reese may be the player with the highest expectations. Reese is a versatile player, standing taller than the average guard at 6 foot 3.

“I am a long guard,” Reese said. “So the thing that is different is that I can guard all five positions … So that helps in me being able to block shots and relentlessly get rebounds.”

Her high school averages of 18 points, 20 rebounds and five assists per game garnered numerous accolades, including selections for two different All-American squads. Reese knew she’d be counted on the second she stepped foot onto the campus — and prepared accordingly.

“Coach Frese tells me every day, I need to be ready to play 40 minutes,” Reese said. “So me getting in tip top shape — this is the best shape I’ve ever been in my life.”

She isn’t the only top prospect for the Terps. Owusu, now a sophomore, was the top-ranked point guard in her class. But after an inconsistent start to last season, Owusu temporarily lost her starting spot.

Then, on Feb. 13, Maryland faced Iowa. Owusu impressed coming off the bench, finishing with 17 points on 7-13 shooting, 10 assists and two steals.

A few games later, the freshman was back in the starting lineup. And in the Big Ten tournament, Owusu came alive, averaging 15.3 points and eight assists per game on 46.2 percent shooting en route to Most Outstanding Player honors.

Now, Owusu is looking to show off her development on the defensive side of the ball. She had a good mentor, learning from the graduated Watson — an All Big Ten Defensive team talent.

“You just have to play hard, defensively every possession,” Owusu said. “[Watson] got a lot of steals throughout the season in the game. So I think just taking that and playing hard on defensive possessions is what I got from her.”

The third guard, Miller, displayed a great deal of potential last season. She averaged 7.7 points in just 19 minutes per game. Still, Miller is looking to find consistency — something that evaded her last year.

With each opponent boasting all-conference talent in the backcourt, Frese has emphasized effort and persistence, particularly on the defensive side of the ball.

“We’ve been really focused on our defense,” Owusu said. “Guarding a specific play or set and just getting familiar with some of the stuff they run.”

While the tournament is just three games, the Terps and their young guards can use the opportunity to measure where they stand after a long and tumultuous offseason.