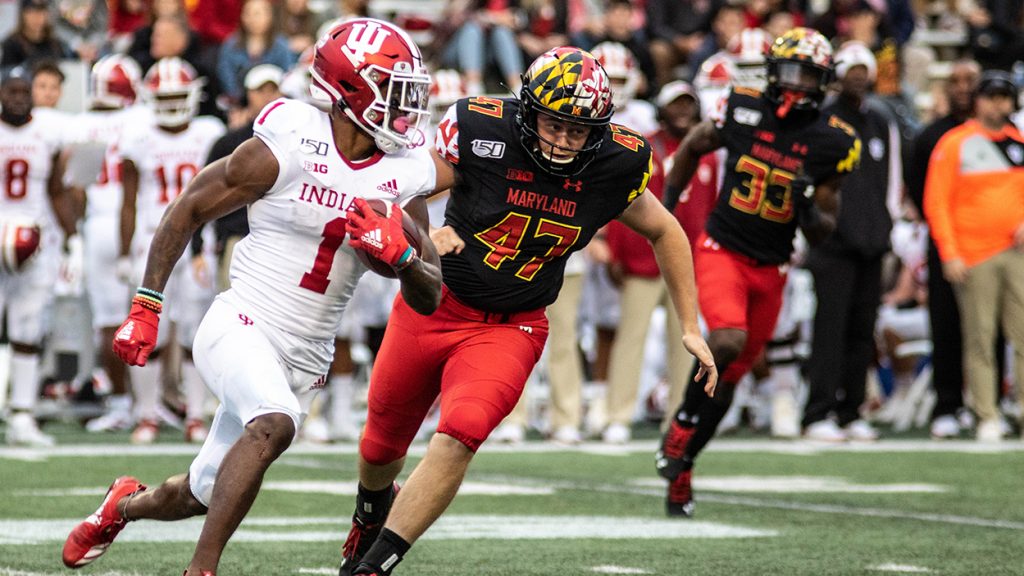 Maryland football is used to the stopping and starting at this point. The team’s preseason workouts were shut down twice due to spikes in COVID-19. So, when their practices were halted again on Nov. 11, they knew the procedure.

But with no organized practices and limited space to operate in their quarantine at The Hotel at The University of Maryland, the squad found ways to stay sharp and pass the time. Some did pushups in their room. Some ran in the hallways. Some studied the playbook. Some napped. But they all missed the on-field action.

So, when the team resumed practice on Monday, the group returned to work with newfound energy.

“We all hated being just kind of cooped up,” wide receiver Brian Cobbs said. “We’re really happy about being out.”

Since Nov. 5, at least 23 players and seven staff members, including head coach Mike Locksley, have tested positive for COVID-19. The team’s games against No. 3 Ohio State and Michigan State were canceled.

Though Locksley — who experienced mild symptoms — coached virtually throughout the week, he is expected to be back on the sideline Saturday.

The pause also halted the Terps’ momentum, which had been built up by wins over Minnesota and Penn State. Maryland scored at least 35 points in both contests, and a defense that struggled early took a marked step forward against the Nittany Lions.

“I’m hoping that we can have youth serve us well,” Locksley said. “It’s up to us to build our own momentum. Each game has its own shelf life, and this [week] is no different.”

And with Maryland (2-1) potentially missing a sizable portion of its roster due to the Big Ten’s COVID-19 protocols, Locksley might need to reach deep into his bench in order to keep his players fresh and execute his game plan against what could be his team’s toughest opponent yet, No. 12 Indiana.

The Hoosiers (4-1) enter Saturday’s contest looking to bounce back from last week’s 42-35 loss to the division-leading Buckeyes. Indiana has been one of the conference’s biggest surprises in this shortened campaign, led by an explosive offense and aggressive defense.

On the other side of the ball, Indiana has allowed the fourth-fewest average points per game, 23.8, in the Big Ten and leads the conference with 17 sacks. That’s thanks to a ruthless, attacking front seven, and Locksley said he expects the Hoosiers to bring pressure about 80 percent of the time.

“They’re incredibly balanced,” Locksley said. “What we’ve got to do is manage and execute.”

And while the Terps may be shorthanded when facing this tall task, the team is not worried.

They’re just happy to be out of the hotel and back on the gridiron once more.

“Everybody’s glad to be back playing football, the game that everybody loves,” defensive back Antwaine Richardson said.