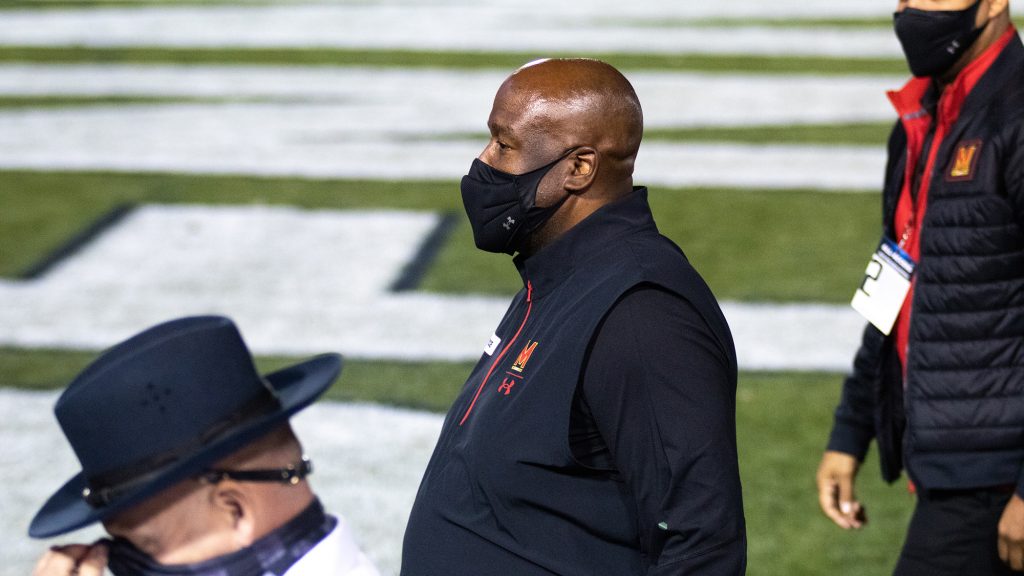 For the second consecutive Saturday, Maryland football is staying home. The Terps’ contest against Michigan State was canceled Thursday as the team continues to deal with the effects of a COVID-19 outbreak that also scrapped last weekend’s game against Ohio State.

“I think all of us, whether it’s the Big Ten or all the other Power Five conferences, understood what we were getting into when we made the decision to play,” head coach Mike Locksley said.

Locksley tested positive for the virus Wednesday and has minor symptoms he first felt Monday night, he said. Since Nov. 12, 15 athletes and seven team staff members have tested positive, for a population positivity rate of 14.9 percent. That far exceeds the Big Ten’s threshold of 7.5 percent for halting activities.

The team’s activities were shut down Nov. 11 after eight players tested positive for COVID-19 in the week prior. Players and staff moved into quarantine at The Hotel that evening and remained there through Sunday as daily testing continued.

Rooks said the number of cases declined over the weekend but spiked again in the past few days. She said she has been able to trace the outbreak to three sources, but did not disclose specifics.

“I have confidence that we’re going to get back on the field,” Rooks said. “As we all know, this is a day-to-day operation when dealing with COVID. COVID is very tricky and very slippery.”

The game will not be made up, and the abandonment has put the Terps in a scheduling bind. Per Big Ten rules, teams must play at least six games to participate in the conference title game. This week’s cancellation leaves Maryland (2-1) with three games remaining, and the Terps cannot afford another postponement if they want to have a chance to play in Indianapolis.

As COVID-19 cases surge both within the program and across the country, more than 100 Maryland athletes have now tested positive for the virus since the athletic department began releasing data in late June. New cases are at all-time highs, and in the college football world, at least 10 contests have been postponed or canceled for the third consecutive week.

“What happens today and what may happen tomorrow may be very different,” athletic director Damon Evans said. “So we’ll just take it day-by-day.”