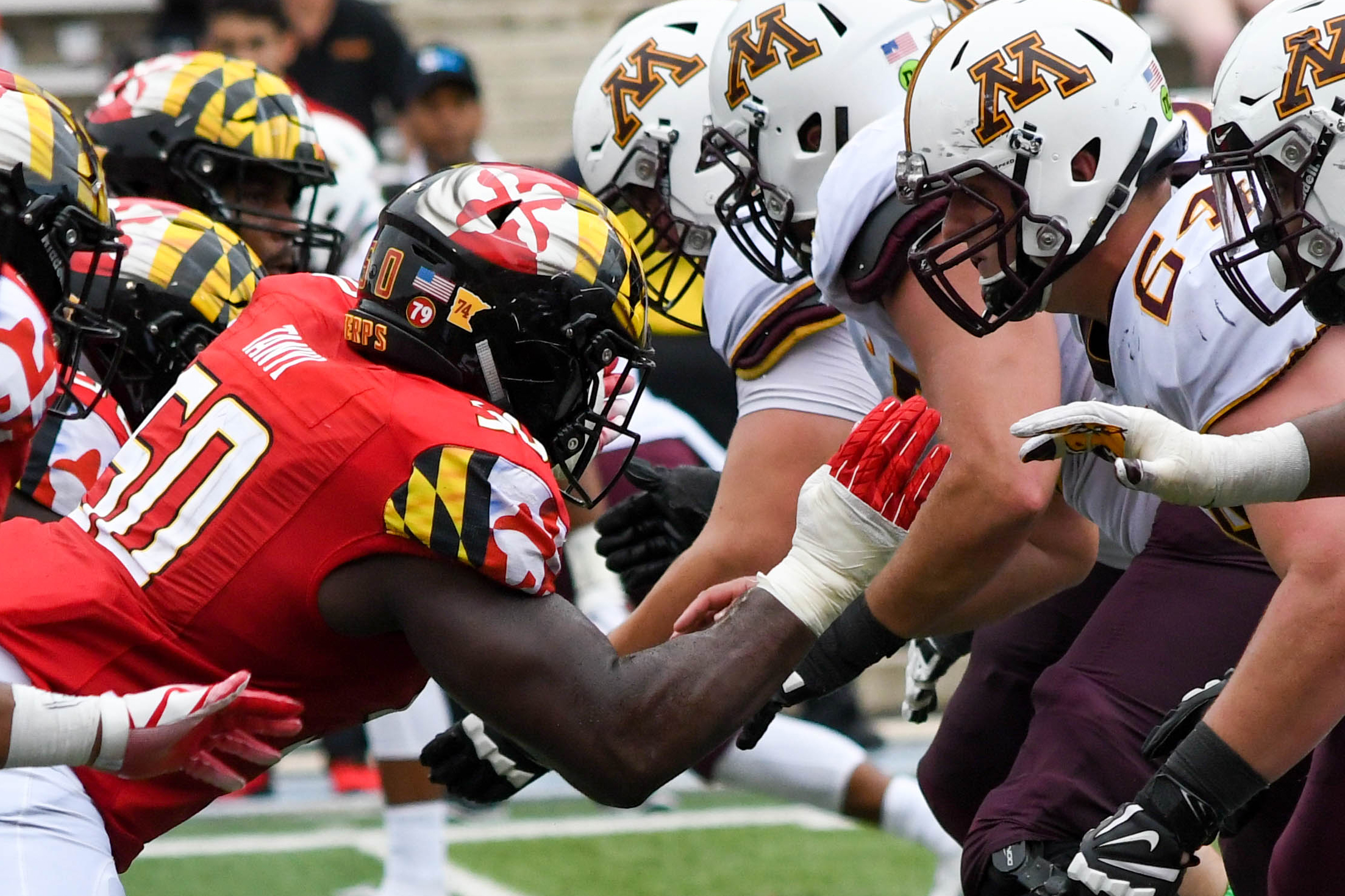 Mbi Tanyi bursts up field after the ball is snapped during Maryland football's 42-13 win against Minnesota at Maryland Stadium on Sept. 22, 2018. (Alex Chen/The Diamondback)

Last Minnesota Win: October 26, 2019 – Minnesota 52-10; Minnesota’s defense held Maryland to just one field goal in the first half and picked up a pick-six. The Gophers run-offense swiftly eliminated any hope of a close game with 321 rushing yards against a helpless Terps defense.

Best Maryland Moment: September 30, 2017 – The best college football moments tend to happen when both teams are competitive, and with Maryland and Minnesota holding 2-1 and 3-0 records, respectively, at that point of the early season, the teams would go punch-for-punch for the entirety of the game. The score was tied at 24 with four minutes left of regulation, but a Ty Johnson-fueled Maryland offense didn’t plan to play OT that day. Johnson capped off a 130-yard day with the game-clinching 34-yard touchdown run.

Best Minnesota Moment: October 26, 2019 – En route to Minnesota’s best season in program history by wins (11), the Golden Gophers continued to prove they meant business as they simply obliterated the Terps in the most lopsided meeting between the two teams. Minnesota’s 52-10 domination was mostly produced via the run game, but perhaps the biggest punctuation of the game was Coney Durr’s 72-yard pick-six off Tyrell Pigrome near the end of the first half to put the game out of reach.