UMD’s SGA elections are as problematic as the body itself 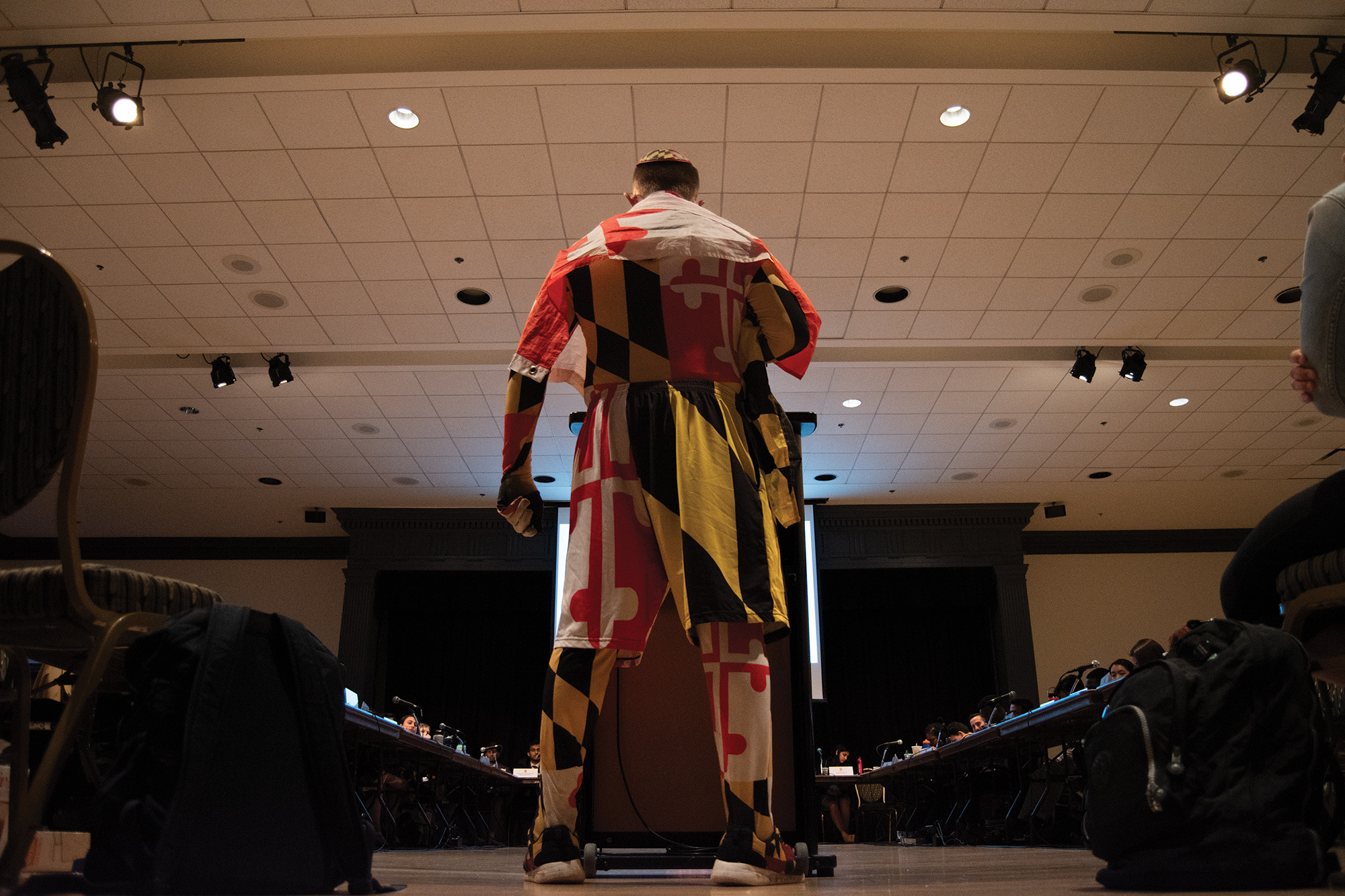 A student speaks to the legislature during the SGA meeting on April 25, 2019. (Joe Ryan/The Diamondback)

In a recent election, the parties running for the University of Maryland’s SGA chose not to build toward any meaningful ideals of student expression. Instead, they adopted a general air of unaccountability and hand-waving.

While some amount of electoral tomfoolery is expected every year, you’d expect the rules to curtail said tomfoolery to get clearer and more established with time. Not just as a mark of institutional history getting passed down, but to also show growing influence and adherence to some system of values you’d hope your representatives have. And even if that’s too optimistic, passivity is both the worst response the Student Government Association could provide, and the thing that delegitimizes the body the most.

Even if this university won’t give it meaningful power, the SGA could stand for a lot if it organized itself around democracy, fairness and commitment to its own principles. It could be a vehicle for student activism, grassroots change and political engagement for a broader community, rather than the tight orbit of students who stay in the SGA’s circles — a group that’s been called out for its homogeneity multiple times. Student groups on campus have proved themselves capable of powerful change at this university, and a reasonable SGA could be organizing and amplifying those voices and interests through a centralized governance system.

But even in this mess of a campaign alone, the SGA has shown a lack of accountability and organization bordering on incompetency. It postponed elections without indicating why; it reneged on its decision to disqualify the YOU Ticket for violating multiple campaigning rules because the initial decision was “too harsh;” it didn’t realize that one of the people voting to reinstate the YOU Ticket was affiliated with it — though the SGA’s official election rules never define what an affiliate is, and she was apparently unaware she was part of the party — and ultimately did nothing about it; and then, it stood idle after MaryPIRG leaked student phone numbers to two parties in the election.

If the SGA isn’t willing to stand for their constituency, then it has no weight. If it doesn’t want to “do harm to the democratic system” of this university’s student body, as was a reason for not disciplining the YOU Ticket for its rule violations, their democratically devised rules need consequences.

A body claiming to represent the best interests of students wouldn’t accept a blatantly unsolicited violation of their privacy because the “rules are kind of vague.” This disorganized approach to discipline is entirely the SGA’s fault, and it’s a pretty disrespectful response to the students who had their data exposed. Instead of taking accountability and initiating actionable future safeguards against this situation, the chairwoman of the elections commission lukewarmly suggested, “maybe the people who are editing and revising the rules for next year may want to take it into consideration.”

There’s no use for a student government that can’t govern itself. Political organization is about proper organization as much as posturing, and the latter without the former has rendered the SGA inconsequential. That’s why the SGA isn’t really considered a resource for political organizing on this campus, nor does it have much of an identity at all beyond that posturing.

Instead of being a fake government based around good ideals, the SGA is a fake government embracing all the murky squirrelishness of this university’s administration. Students at this university don’t need more of that, and I’m sure the SGA realizes it’s failed to enforce its own meager authority. It’s not doing good by its self-defined rules or principles — and all that leaves us with is a couple weeks’ electoral drama gone by, the same as every other year.

Hadron Chaudhary, opinion editor, is a junior English and geology major. They can be reached at chauds@umd.edu.