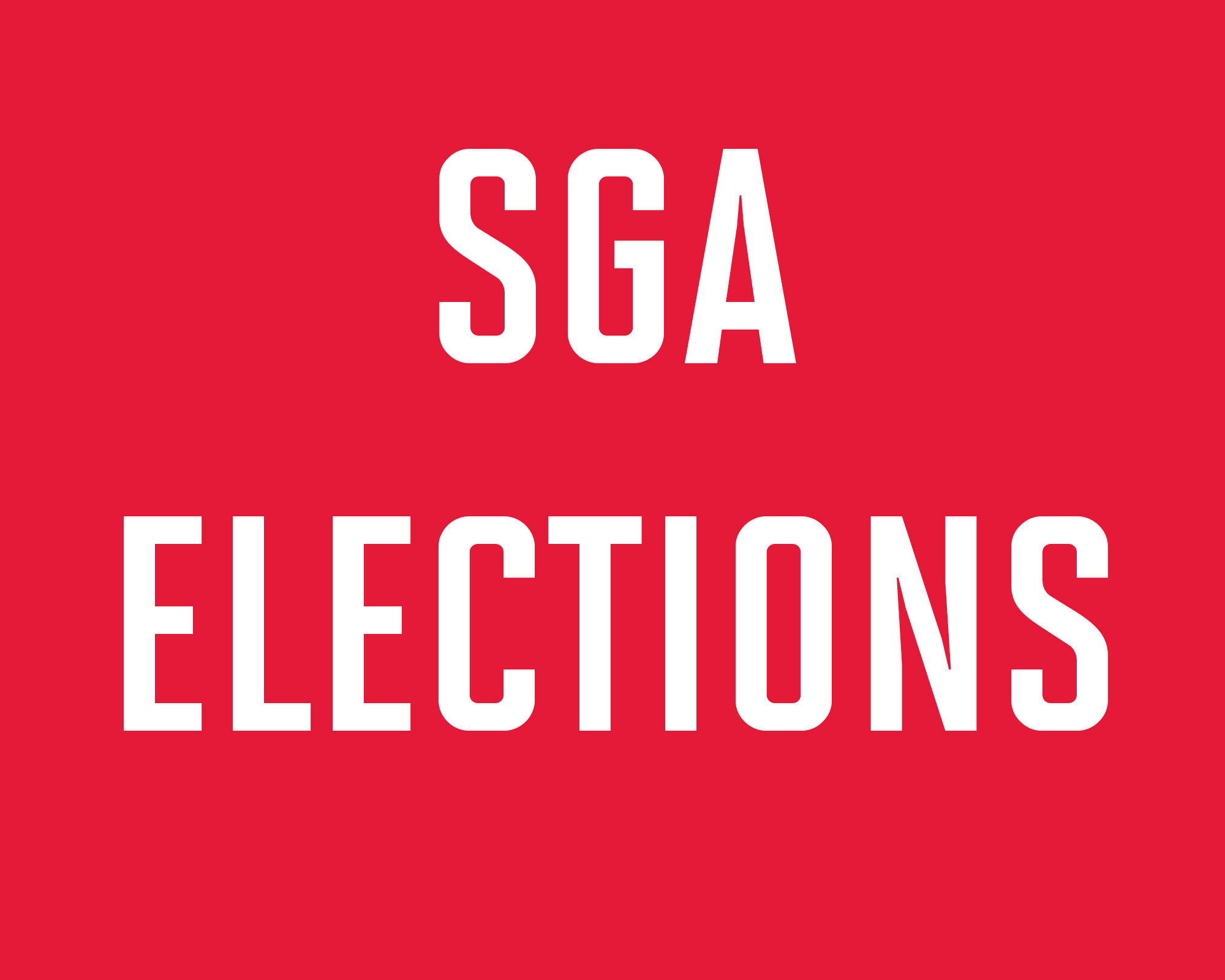 The University of Maryland’s SGA has postponed its election for the 2019-20 school year to next week.

The Student Government Association’s elections commission pushed back the election — originally set to begin Wednesday — to April 15-17. The change is to “allow for current standing appeals and complaints to be thoroughly and fairly processed” by the commission, according to an SGA press release.

“While the specific matter of the appeals may not be discussed, it is sufficient to say that the timeliness of ensuring that these complaints and appeals are met with fairness and thorough review requires additional time before voting starts,” the release read.

The change is possible under a section of election rules that tasks the commission with “ensuring appeals and complaints do not become moot and that recourse exists for every successful appeal,” which permits changes to the calendar.

Nancy Jin, head of the elections commission, declined to say what the subject of the complaint was, or what ticket or candidate filed it. Jin, a senior government and politics major, said the commission first received the complaint late last week, and held an emergency meeting Monday night, at which point they decided to move back the election.

“[The complaint] would not have been fully and fairly explored before [Monday night], which is when it would have needed to been processed for the election to take place tomorrow,” Jin said. “With the process as a whole, it was gonna be the most fair way for everyone to get due process.”

Jin said all of the tickets received news of the election’s delay at the same time.

Ireland Lesley, the Empower Maryland presidential candidate, said she’d never heard of elections being delayed, and maintained that the Empower ticket is not involved in the appeals that have been filed.

“As far as my understanding is, we have not been part of an investigation,” said Lesley, a junior government and politics major.

Taylor Green, who is running on Unite UMD’s ticket, wrote in a text message that she, too, was unaware of the delay.

“We became aware of everything the same time as [everyone] else,” she wrote.

Chicken Broth For Your Soul candidate Barath Srinivasan also didn’t know about the postponement until his campaign chair emailed him the news release.

“[We’ll] keep going and campaigning until Monday, and then go from Monday. We had a pretty mobile campaign anyway, so it’s fine,” said Srinivasan, a sophomore computer science major. “We were able to change with the circumstance.”

Andrew String from the YOU Ticket said he also wasn’t sure why the election was pushed back, saying it was “a shock.”

“My ticket manager told me that it was definitely something being investigated — a violation is being investigated,” he said. “I’m happy that it’s going through the proper channels, whatever is happening, because that means that everyone is doing their due diligence, especially with the elections commission only having three out of the five commissioners they should have.”

This election cycle featured a quicker turnaround between the announcement of the candidates and the scheduled start of voting.

In 2018, voting began 13 days after candidates were announced. In 2017, that gap was 14 days. This year, the gap was supposed to be nine days, with the candidates announced April 1 and polls slated to open April 10.