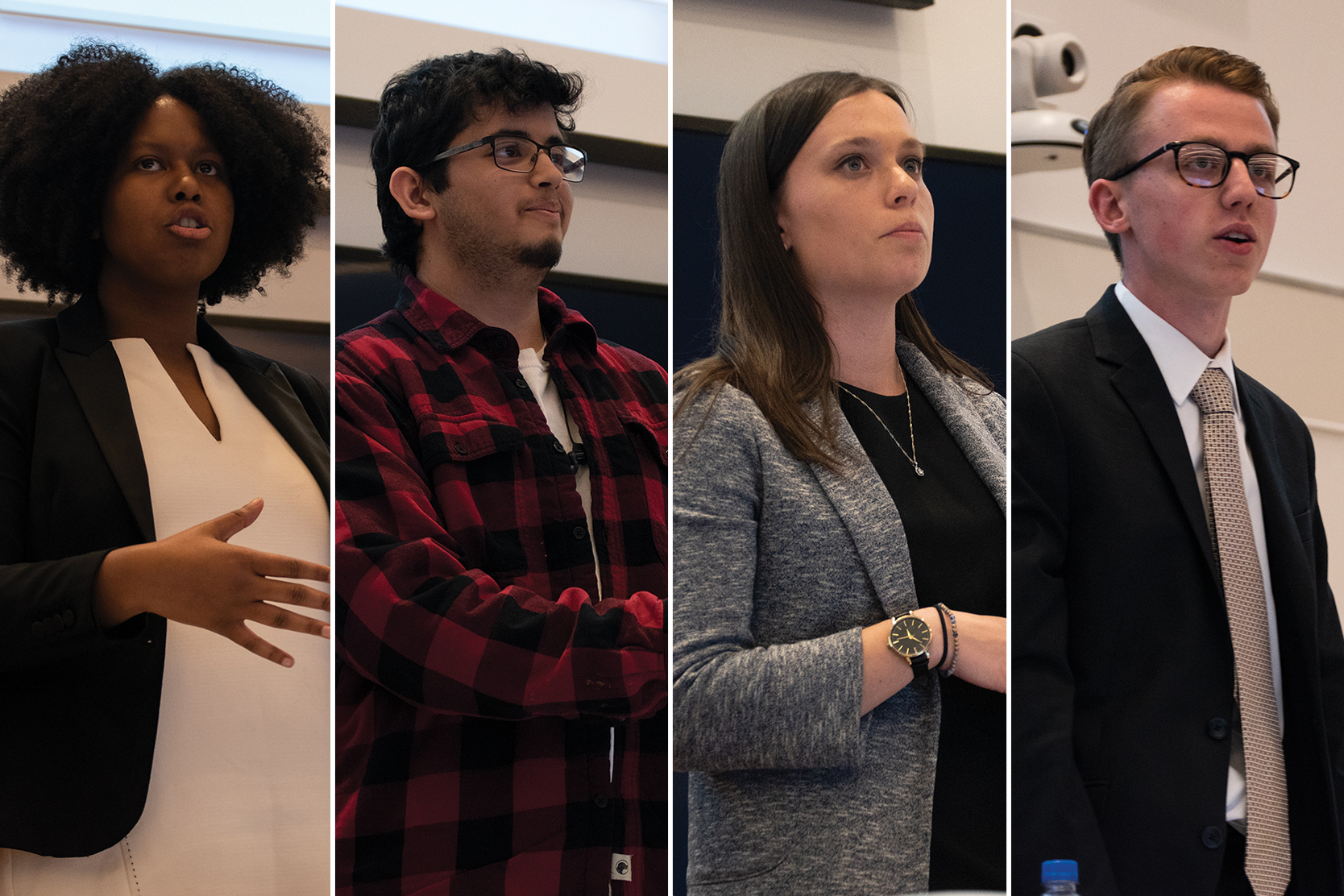 Elections begin Wednesday for the University of Maryland SGA, and with four candidates, the presidential race is one of the most widely contested in recent history.

The four parties are all running on a platform of increasing communication between students, the administration, and the Student Government Association.

Campaigning began April 3 in the crowded field — there are currently 80 candidates running for executive and legislative positions. Elections will be held online Wednesday through Friday.

The Diamondback spoke with each party’s leaders about what they’d bring to the table.

With 38 candidates running for election, Empower Maryland is the largest party in the race.

This means improving SGA outreach to the student body to determine what changes students want to see around campus, the junior government and politics major said.

“What a lot of people know SGA for is their funding of student groups, which is great, but we need to start creating actionable change,” she said. “We need to be making real policies that actually change the outcome of their college experience.”

[Read more: After five years, SGA is bringing back its #WTFUMD program]

These would include pushing for and creating more mental health services on campus, providing resources for undocumented students and ensuring that protections granted under Title IX are not rolled back on this campus.

YOU Ticket presidential candidate Andrew String describes the party as a “grassroots effort.” He pointed out that only three of their 24 candidates are current SGA members.

“We are the ticket that was unexpected to run,” the sophomore government and politics major said. “We’re changing the dynamics. We wanted to be that voice and that ticket for student leaders to be on SGA, and make current SGA individuals understand that we have strong leaders on campus that want to be heard.”

Both YOU Ticket and Empower UMD stressed the importance of reaching out to student groups and asking how SGA can help, rather than waiting for student groups to be the first to make contact.

“We were in this bubble that students didn’t want to interact with because we weren’t in touch with students,” said junior English and public health science major Julia Novick, YOU’s candidate for student affairs vice president.

At the executive candidate debate, Unite UMD presidential hopeful Taylor Green pledged to improve diversity, both within the SGA and the university, and ensure that students of color feel like they have a voice on the campus.

“SGA has not handled diversity issues with the needed care and respect they should be given which has led to a disconnect between SGA and students of color,” the junior community health major said.

Green promised, that should she be elected, she would push the university to provide more resources for students of color, like an increase in funding for the Academic Achievement Program and Incentive Awards programs, and reach out to their communities to determine what needs still need to be met.

Chicken Broth For Your Soul

Sophomore computer science major Barath Srinivasan is the sole person running on his ticket, called “Chicken Broth For Your Soul.” Srinivasan presents himself as a more radical candidate, and wants to improve how the university spends student money.

“It’s about the money [students] pay, and the experience they get with that money,” he said.

As part of his campaign, Srinivasan is pushing for change that would lessen the financial burden on students, such as offering free printing and a refund to students who do not use their tickets to athletic events.

Srinivasan claims that running as his own party will allow him to maintain his independence during the campaign.