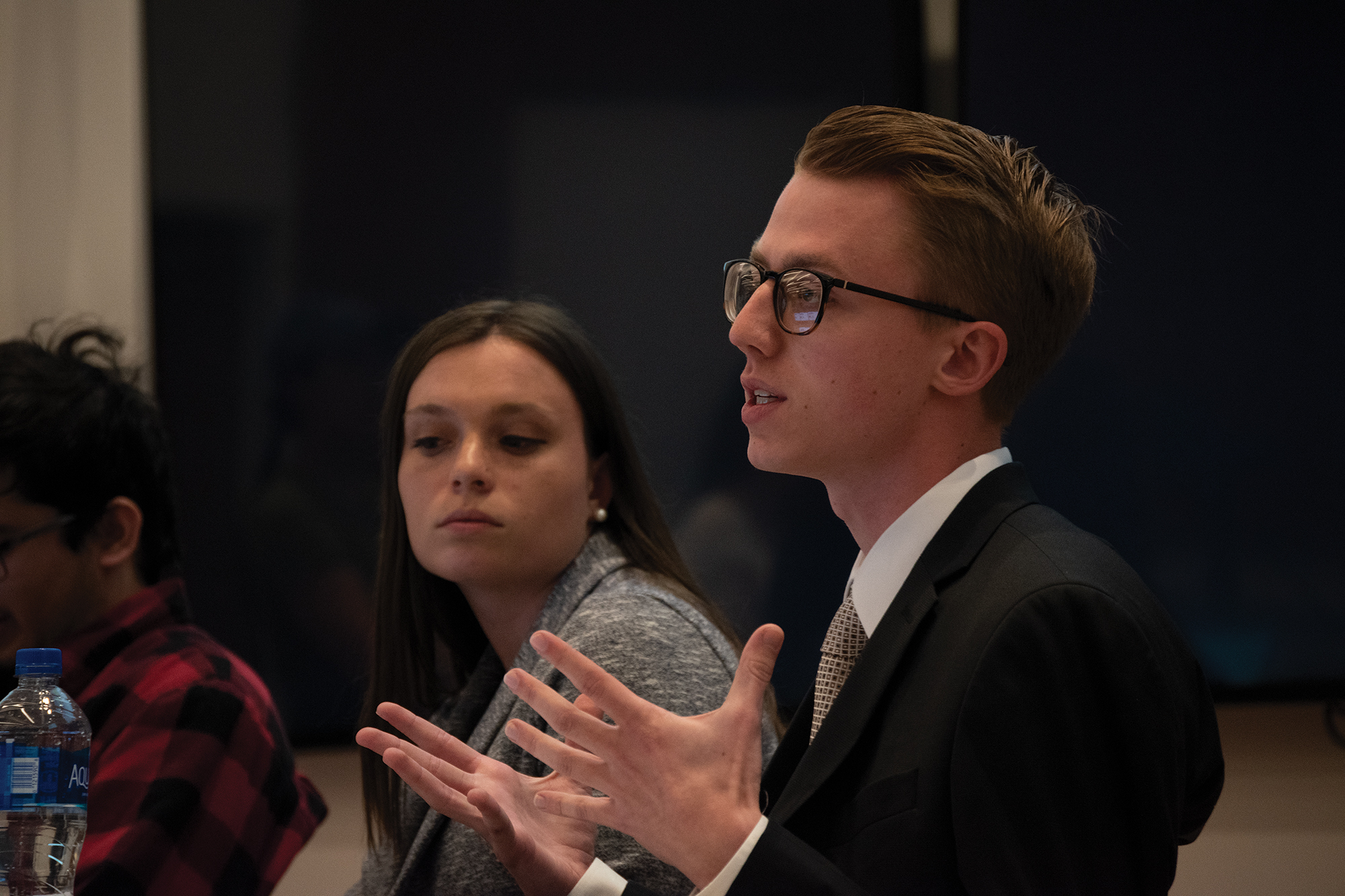 SGA presidential candidate Andrew String, of YOU Ticket, answers a question at the candidate debate on April 4, 2019. (Joe Ryan/The Diamondback)

The University of Maryland SGA’s elections commission found the YOU Ticket in violation of multiple election rules and chose to disqualify the party — but the group is not leaving the race, according to a governance board report obtained by The Diamondback.

Last week, the commission announced the Student Government Association’s elections would be pushed back five days to “allow for current standing appeals and complaints to be thoroughly and fairly processed,” without providing any further information about those complaints.

After the elections commission found the YOU Ticket had committed five infractions, it chose to disqualify the party. But the SGA’s governance board, which met Saturday night at 7 p.m., deemed this “overly harsh” and said it would “do harm to the democratic system of the University of Maryland’s student body,” the report read.

Nancy Jin, the head of the elections commission, declined to comment.

“Nothing throughout this process was malicious intent or trying to put us at an advantage. They were honest mistakes,” Andrew String, YOU Ticket’s presidential candidate, told The Diamondback. “We wish we had better understanding of the rules from the elections commission.”

The elections commission found the YOU Ticket responsible for five violations — campaigning and advertising in a dorm, employing unauthorized advertising in the library, violating university policy by using amplified sound without permission and advertising off-campus without partnering with a business.

The governance board reversed the elections commission’s verdict, arguing that the party truly committed just three of the five violations — using amplified sound and advertising in the library and off-campus. Moreover, the board said the primary reason that the elections commission removed the YOU Ticket wasn’t these infractions, but the fact that the group had “greatly exceeded” its budget.

The commission found the YOU Ticket had paid more than the “fair market value” for flyers, a speaker, a megaphone and a couch. But the board wrote that while the party did exceed its budget, it wasn’t enough to warrant disqualification.

“Using a couch, megaphone, and speakers for just a few hours and a few misplaced signs do not give the YOU Party a significant advantage over its competitors,” the report read. “In fact, the YOU Party’s inability to campaign for five days is likely a much greater advantage to the other parties than YOU Party’s careless transgressions were to their own advantage.”

The governance board closed by offering several recommended reforms to help make future elections “clearer, fairer, and more judicable.” These include a fully staffed elections commission, clearer communication on election rules and a 24-hour period to report campaign violations.

Though the YOU Ticket has to remove its signage in violation before polls open, the board allowed the party to rejoin the ballot.