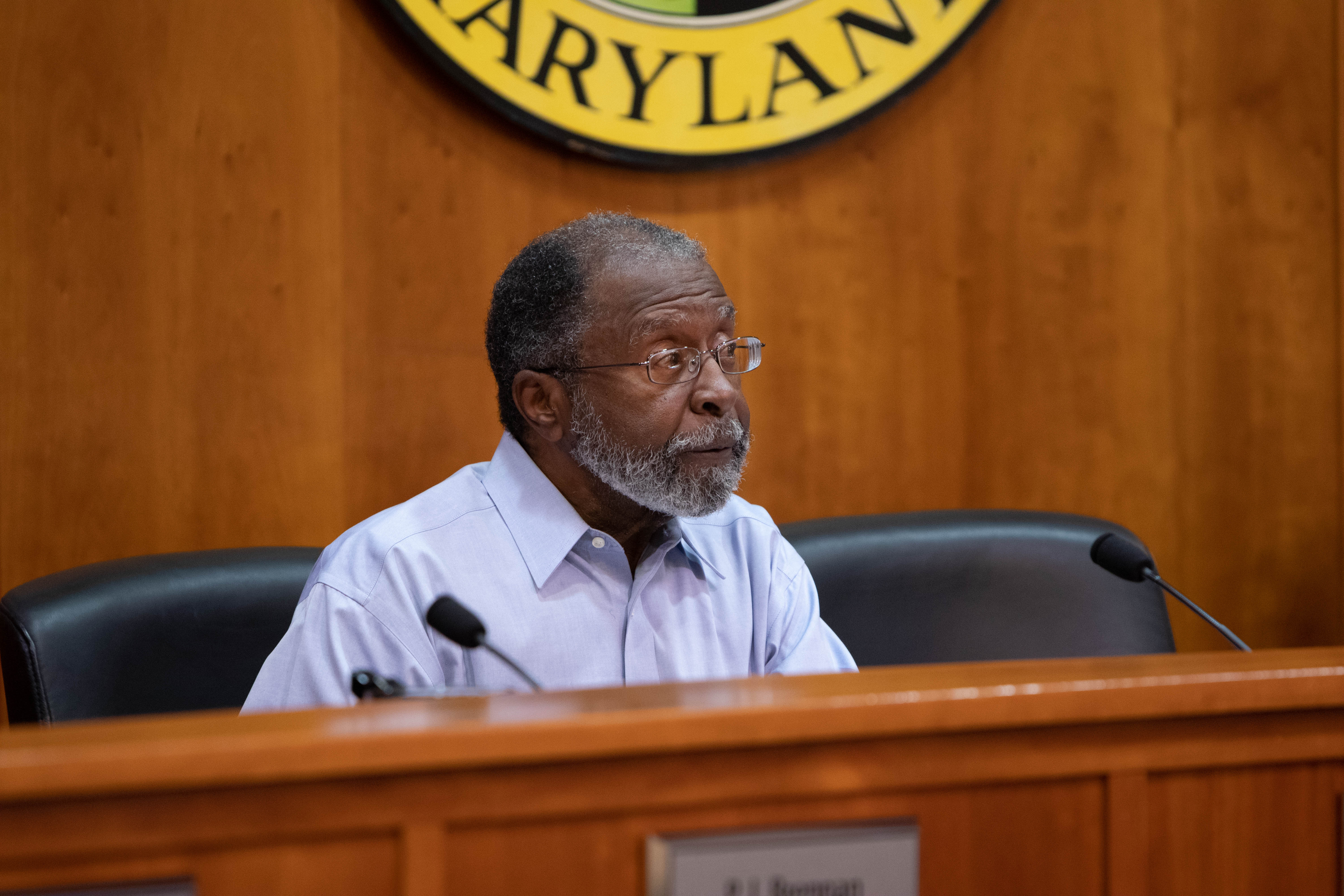 College Park City Council voted on Tuesday to move forward with the new city hall project, despite the most recent projection that the development would cost the city $8 million more than initially estimated.

Five city residents showed up to provide public comment against continuing with the development based on concerns about the design and finances behind the project.

However, the council ultimately voted 7-1 to support the city hall portion of the building and limit the bonds the city could use to fund the project to no more than $14 million.

“I think we have developed some momentum, and I think we can see the end in sight,” said District 2 Councilman Monroe Dennis. “We’ve been talking about a new city hall for at least a decade.”

The council first officially voted to construct a new building at its current location in 2014. The building — which is expected to include municipal offices, university offices and retail space — is part of a larger redevelopment project of the entire block at the intersection of Knox Road and Route 1.

The total cost of the redevelopment, which the city and the University of Maryland will split, shot up from about $30 million to close to $50 million, which officials attribute to higher-than-expected labor and material costs.

At Tuesday’s meeting, one of the options offered to the council by city staff was to ask the project team to “pursue other options,” which meant starting over on some of the design aspects of the development. The cost of backtracking would’ve been around $150,000, estimated Katie Hearn, senior vice president at Redgate, a real estate investment and advisory firm working as a consultant on the project.

For many of the residents, including Oscar Gregory of District 4, the $150,000 would be worth taking a temporary step back to rethink the project.

“$150,000 shouldn’t be a whole lot to back out of a deal,” Gregory said. “And [it would] save us a tremendous amount of deferred and extra costs, in terms of having to pay bonds and having to pay essentially a credit card for this building.”

Residents such as Carol Macknis from District 1 and David Dorsch of District 3 cited other concerns about the building design, such as accessibility and how the architecture doesn’t match that of the rest of Old Town.

“There’s no reason to rush into building this thing,” Dorsch said. “I know it’s a long, long project, but there’s a lot to be considered here.”

District 4 resident Mary Cook and District 1 resident Jordan Schakner both argued that a decision this expensive should be taken to referendum.

“This is a city that used to be very frugal with its money. Obviously, it has gotten away from that,” Cook said. “Such a decision should not be made by an eight-person council, rather by the taxpayers.”

According to current estimates, the new city hall is projected to cost the city close to $20.5 million. However, the same officials predicted they could shave about $5 million off the total project cost — hopefully bringing the city’s cost down to $18.5 million.

The city council voted to move forward with value engineering, which involves making changes to the design such as changing the heights of floors or deciding against certain features, such as a water installation.

“The idea that we have not been leveraging our debt capacity is actually a disservice to our residents,” District 2 Councilman P.J. Brennan said. “We are stewards of the city budget and tax payers ourselves.”

During the estimated two-and-a-half year construction, most of the city’s municipal workers will move to the rented Artemesia Building.

The final cost of the project is expected to be known closer to the end of this year, with construction on the new city hall slated to begin in early 2020.

District 3 Councilman John Rigg emphasized that the project is more than just an investment in a physical building.

“We’re building a vision for the future of our city,” Rigg said.