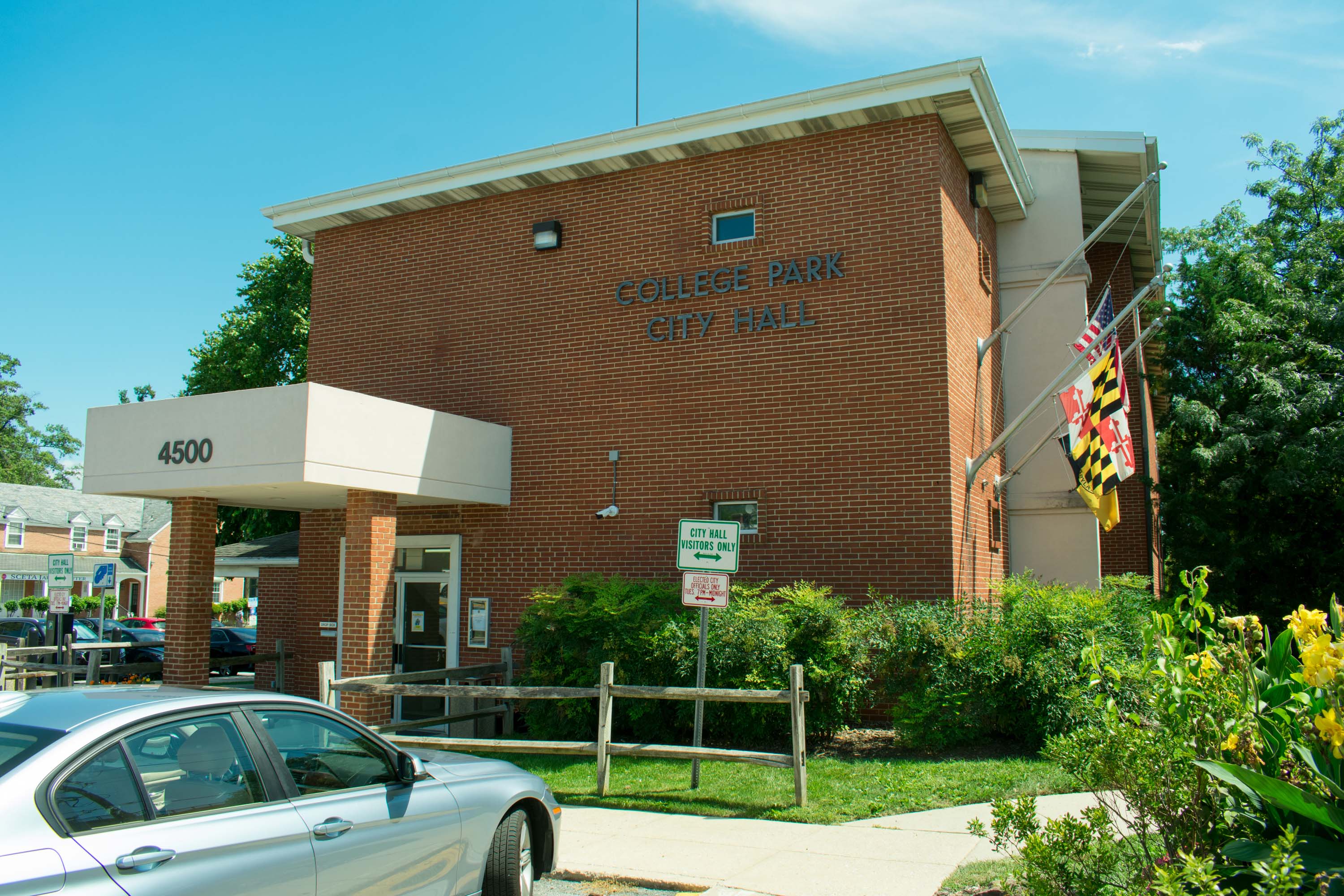 Old Town resident Bob Schnabel is hoping the plans for rebuilding the College Park City Hall — and the area around it — will help strengthen a community he’s lived in for almost 50 years.

“For the most part, the people that live in this community live here because they like living in a college town,” said Schnabel, a 1966 graduate of the University of Maryland. “Most residents would like a more engaging relationship with the students.”

The city is pursuing the project in tandem with the university, and has already purchased two Route 1 properties to create a university building and a possible public plaza.

After presenting to College Park City Council members last week, architects from Design Collective, Inc. — designers of the proposed City Hall revitalization project — met with Schnabel and other community members to gather their input for what they wanted to see in a new City Hall.

Scott Vieth, an architect and design principal at the firm, told residents not to worry too much about costs at this stage, while seeking their input on ideas for the project, which officials hope will help transform downtown College Park.

“This is the chance to be pie in the sky,” Vieth said.

Thursday’s meeting took an approach unlike the one last week, where the architectural firm had council members look at images from buildings around the world to gather ideas.

Designers separated city residents into two smaller groups and sought input on various aspects of the design, including things such as functionality, aesthetics and any retail they would like to see in the design plan.

As part of their wish lists, residents said they would like to see a more open and inviting multi-purpose building that can help create more interaction between university students and residents.

Many residents expressed a desire for diverse food and retail options, different from what is currently offered along Route 1. Some ideas included a bookstore, or a running store that could bring community events along with it.

Residents overwhelmingly said they wanted an attractive outdoor space to bring the community together.

Schnabel said the design will be key to building a transformative project, and that the community’s opportunity to provide feedback to the architects was critical to creating a successful design.

“Every space is unique,” Schnabel said. “You do need to hear from the local people.”

City Manager Scott Somers said the discussion to relocate or replace the current building has been going on for more than 20 years. When the city council voted in 2014 to build the new city hall in its current location, the city could finally move forward with plans to redevelop the area.

“This is a great opportunity to talk about the future and vision of our new city hall,” Somers said.

The project will redevelop the entire block at the intersection of Knox Road and Route 1 with a new City Hall building, a building for the university, retail and a large outdoor space. Along with the existing town headquarters, the businesses located within the block will be demolished to make room for the project.

The city purchased the two sites currently occupied by Shanghai Cafe and Subway for $1.6 million in March, and leases for the other two businesses, Smoothie King and Hair Cuttery, are due to expire at the end of next year.

While the firm’s presentation to council members focused mostly on the aesthetics of the new project, much of the discussion with community members focused on the functionality of the new design. Vieth asked residents to consider both the needs of the city and the university.

“This is not just about the city of College Park — it’s also about the University of Maryland,” Vieth said. “It really needs to benefit both, as well as the greater community.”

Vieth said the project is in the very early part of the concept planning process, with the design stage expected to begin around November and last until March. The firm is expected to deliver the feedback from the community to council members before entering the design stage. Vieth said the project could be in the construction document phase as early as August 2019, with construction possibly being completed in February 2021.

Although officials will not have a cost for the project until later in the process, earlier estimates have indicated the project could cost as much as $12.5 million. College Park Mayor Patrick Wojahn said the cost to both the city and the university will depend upon the design of the project.

As College Park strives to become a top-20 college town by 2020, city officials have expressed the need for a new building to accommodate a larger staff to serve the growing city population. Staff that worked out of the city-owned building on Calvert Road have been relocated to other locations on Route 1 in preparation for the proposed child care center that will occupy the current space.

“Hopefully,” he said, “the space they will create will help bring people together.”