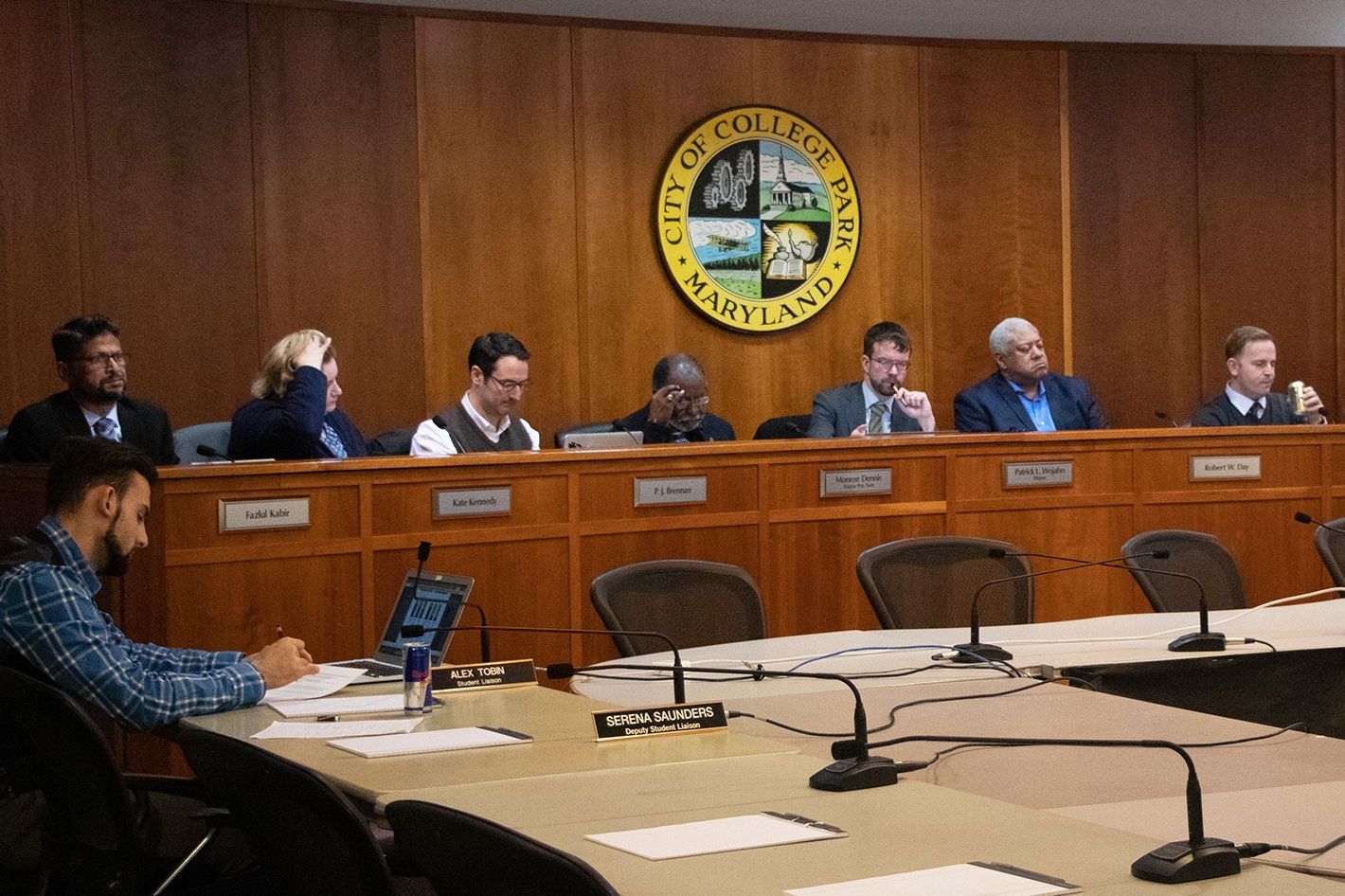 The College Park City Council approved a more than $3 million contract Feb. 12 for the construction management company who will work on the new City Hall.

The contract — awarded to James G. Davis Construction Corporation by a unanimous vote — is a major step forward in a project first set into motion in 2014. Construction is set to begin by 2020, said assistant city manager Bill Gardiner.

And while the council first officially voted on the new city hall’s location in 2014, the idea of a new building has been in the works for more than a decade, Mayor Patrick Wojahn said, as the city’s population has expanded.

“I’m thrilled that it’s moving forward — we’ve been talking about this for many, many years now,” Wojahn said. “We’ve simply run out of office space. The city’s been growing, and we need more room to be able to provide adequate services to our residents.”

Though the design process is ongoing, the latest concept — presented at a November council meeting — designates the building’s top two floors for the University of Maryland’s use, and two bottom floors for retail and city municipal purposes.

The city estimates the project overall could cost as much as $30.5 million, said Katie Hearn, senior vice president at Redgate, which is working as a consultant on the project.

“That includes the entire building, but only what’s kind of a cold dark shell for the retail,” Hearn said. “It does not include the [furnishings] that a tenant would provide in a retail space.”

The split of the cost will generally be based on the amount of space occupied by the city and the university.

The city would finance an estimated $12.5 million, Wojahn said. The university and private retailers will likely pay the remaining $18 million, since they plan to share the building with the city. However, the city could cover some of those costs upfront and make back money by leasing those areas of the building to retailers, he said.

Gardiner emphasized that $30 million is “still a very rough estimate,” and the construction manager will have more specific estimates “after the design has moved forward a little bit further.”

Though the design has yet to be finalized, city staff and residents favored open and inviting layouts, more retail options, and an outdoor plaza in the multiple visioning exercises that architects from Design Collective — the firm handling the project — have held since September.

The firm will “probably be ready” to send plans to the construction manager in March, Gardiner said.

The new development is planned to be on the corner of Knox Road, where the current city hall stands. In March, the city bought the properties next to it, where Subway and Shanghai Café are currently located. Leases on the other properties at that corner, including Smoothie King and Hair Cuttery, are set to expire at the end of this year.

The “construction and final move in” should last two to two-and-a-half years, Gardiner said.

And as the process continues, the project is inching towards a conclusion Wojahn remembers first talking about as a council member.

“I’m excited that we’re finally moving forward and can work on this transformational project for the city,” he said. “I can’t wait to see the results.”