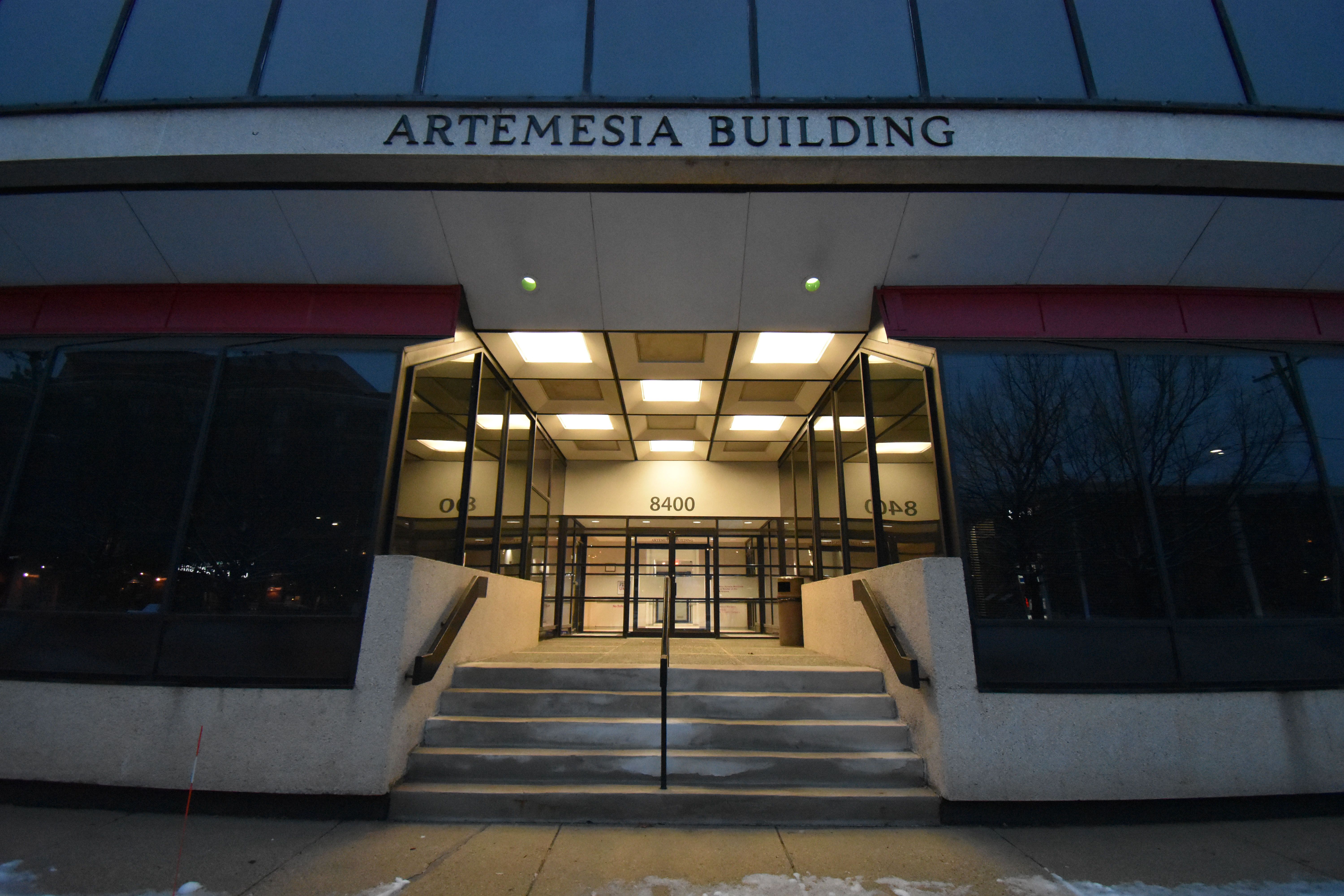 College Park staff will move into the Artemesia Building off Route 1 while construction is underway on the new City Hall. (Mateo Pacheco/The Diamondback)

City workers will move to a temporary location on Route 1 later this year with construction slated to begin on College Park’s $30 million City Hall redevelopment in January.

Most of the city’s municipal workers will move to the Artemesia Building, a university-owned space at 8400 Baltimore Ave., for about two-and-a-half years while construction is completed on the new building, city staff said during a City Council work session Tuesday.

Council meetings will be held in Davis Hall, located in the Public Works building off Rhode Island Avenue.

The city will pay about $80,000 in rent annually to this university, said Scott Somers, the city manager. The university is shouldering about $80,000 to renovate the temporary space, which is next to the relocated Department of Public Services.

“We believe that it’ll be tight, but we believe that we can move that city hall staff into that space,” Somers said. “We would all be functioning right next to each other.”

The Department of Public Services was relocated from its former home on Calvert Road to make room for a new child care center.

Other locations like Davis Hall were considered for the temporary space, but the cost of renovating the buildings to make the space ADA-compliant would exceed the cost of the lease agreement with the university.

While the redevelopment is being completed, the city plans to relocate its administration, finance, parking and human resources departments to the temporary space, which is about 4,200 square feet. The Planning Department would be accommodated in space within the current Department of Public Services’ offices.

“The other piece is the customer service aspect — I think being closer to [the Department of] Public Services would be a better service to the community,” Somers said.

Somers estimated that the staff would move about four months before construction begins.

The new City Hall will be part of a redevelopment of the entire block at the intersection of Knox Road and Route 1.

During the work session, the council also discussed how it would finance the estimated $12.5 million it will contribute toward the project, as well as several other city projects in the works, including the Duvall Field renovation, Hollywood Commercial Revitalization and Complete and Green Streets initiatives.

Typically, most projects are funded in advance or during the year of the project, according to city documents, but in this case it may not be feasible due to the high cost — especially because so many large expenditures are projected to start in the 2021 fiscal year.

Somers said the city may use bonds to help consolidate the financing process for the large projects.

In addition, the bond yield rate — essentially the amount of interest the city has to pay — has gone down in recent years. That, combined with the city’s fiscal standing, puts College Park in a good position to finance these initiatives, District 3 Councilman John Rigg said.

“It’s a chance to accelerate a lot of projects that would enhance the quality of life for residents,” he said.

Mayor Patrick Wojahn supported the idea of bond financing to spread the costs of the projects over several years.

“It’s great to have something bought and paid for, and not to be paying it back over the years,” he said. “But for larger projects like that, you don’t necessarily want to wait until you have all the resources available to pay for them outright.”