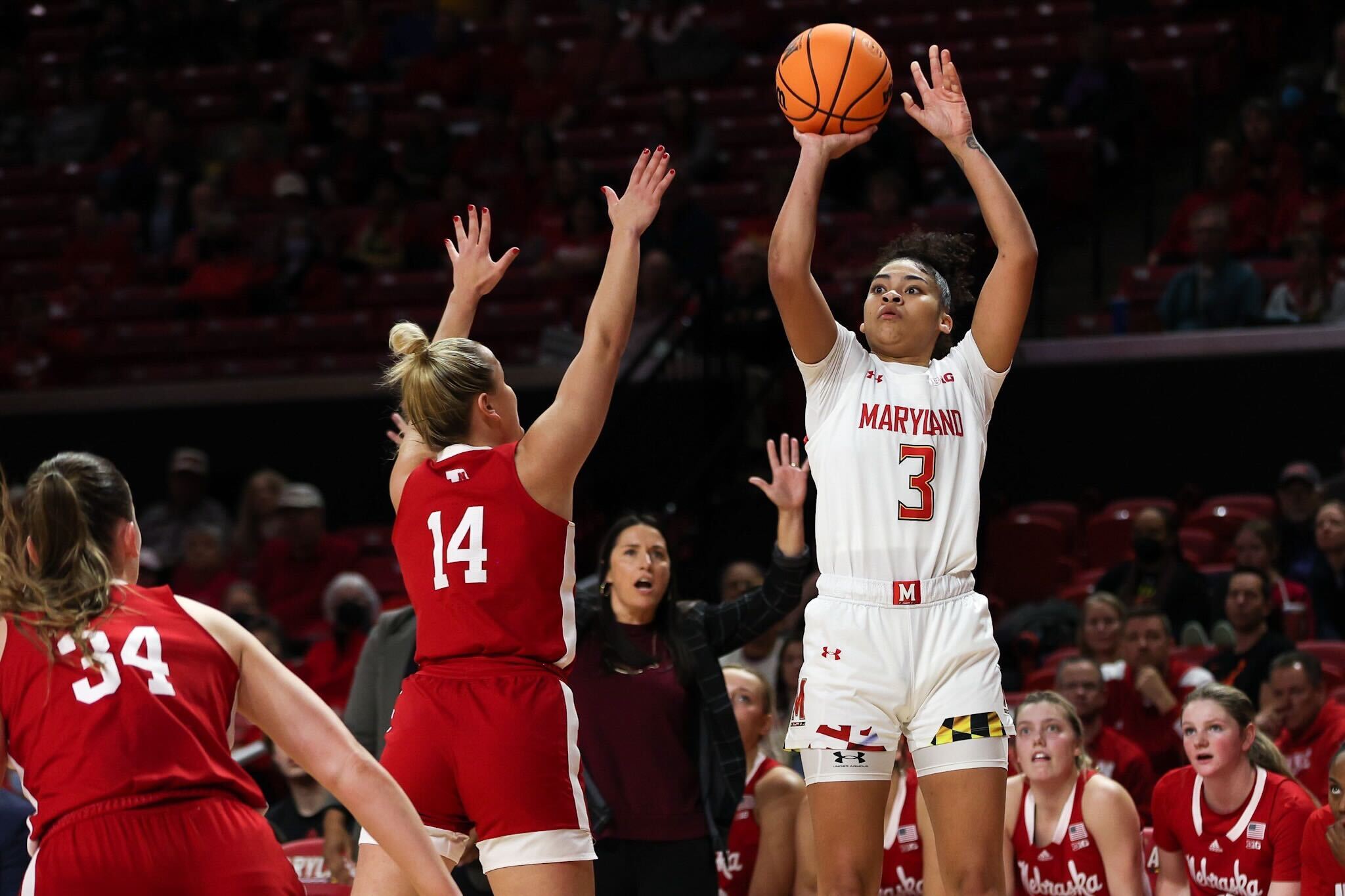 Even though Lavender Briggs was the fourth-highest scorer behind 22 points from Diamond Miller, 19 from Shyanne Sellers and 17 from Abby Meyers in No. 16 Maryland’s win over Minnesota Friday, it was her best scoring performance as a member of the Terps.

The Florida transfer has made 14 appearances for Maryland this season and reached double-digit points for only the second time this season — she scored 10 against Pittsburgh in late November.

After starting the first six games of the year, coach Brenda Frese moved Briggs to the bench to alleviate some of the scoring pressure from the Utah native and to help her find a role within the offense.

Ten of Briggs’ 14 against the Golden Gophers came in the third quarter. She also had five rebounds on 60 percent shooting from the field on an afternoon where she buoyed the second unit and found her scoring touch.

“[Briggs] is that X-factor right now to be able to help us separate from teams even more,” Frese said. “I loved the overall game she had — from start to finish, I thought was sensational.”

While Briggs has been a boon to Maryland’s defense, contributing eight blocks and nine steals while serving as a disruptor on the defensive side of the ball, she has attributed her recent uptick in offensive production with the confidence she’s received from her coaches and teammates.

[No. 16 Maryland women’s basketball dominates in 107-85 win over Minnesota]

“I feel like I’m just trying to play hard every game and help my teammates as best as I can in any way, whether that’s on defense, offense,” Briggs said.

In her last seven matches, Briggs has put up 10, eight, six, four, seven, eight and 14 points to improve her season scoring average to 5.9 points per game after notching just 3.6 points per game in her first seven games as a Terp.

Briggs, who averaged 19.5 points per game at Florida, is no stranger to putting up impressive offensive numbers, having notched 1,043 career points.

Depth has been a point of emphasis for the Terps this year; the team’s four freshmen have collectively averaged 7.4 minutes per game in matchups they’ve appeared in and are still working their way into the rotation.

Frese has said the first-years need to take the next step now that the team is two months into the season. Extending the bench’s depth will help the team “play multiple games in a row” come the Big Ten Tournament and postseason play.

But for as young as the team may seem, it is a veteran-laden squad that Frese says can take care of business — Meyers and Brinae Alexander, both of whom were recognized as some of the top transfers by ESPN, as well as Elisa Pinzan have gelled with a unit that already featured seniors Miller and Faith Masonius.

After a humbling 23-point loss at home against Nebraska to open conference play, the Terps put up a season-high 107 points — the most they’ve scored since Nov. 18, 2021 — against a young but scrappy Minnesota team and defeated Purdue on a Sellers buzzer-beater three. Frese praised her team’s response and said they learned from the disappointing start to the Big Ten season.

Miller also said it was a lot of fun to have everyone contribute on offense — all 10 players who suited up for the Terps logged at least two points. But perhaps the most significant statistic was Briggs’ 14, which may portend the start of an offensive surge for the Florida transfer and the Terps.