No. 16 Maryland women’s basketball dominates in 107-85 win over Minnesota 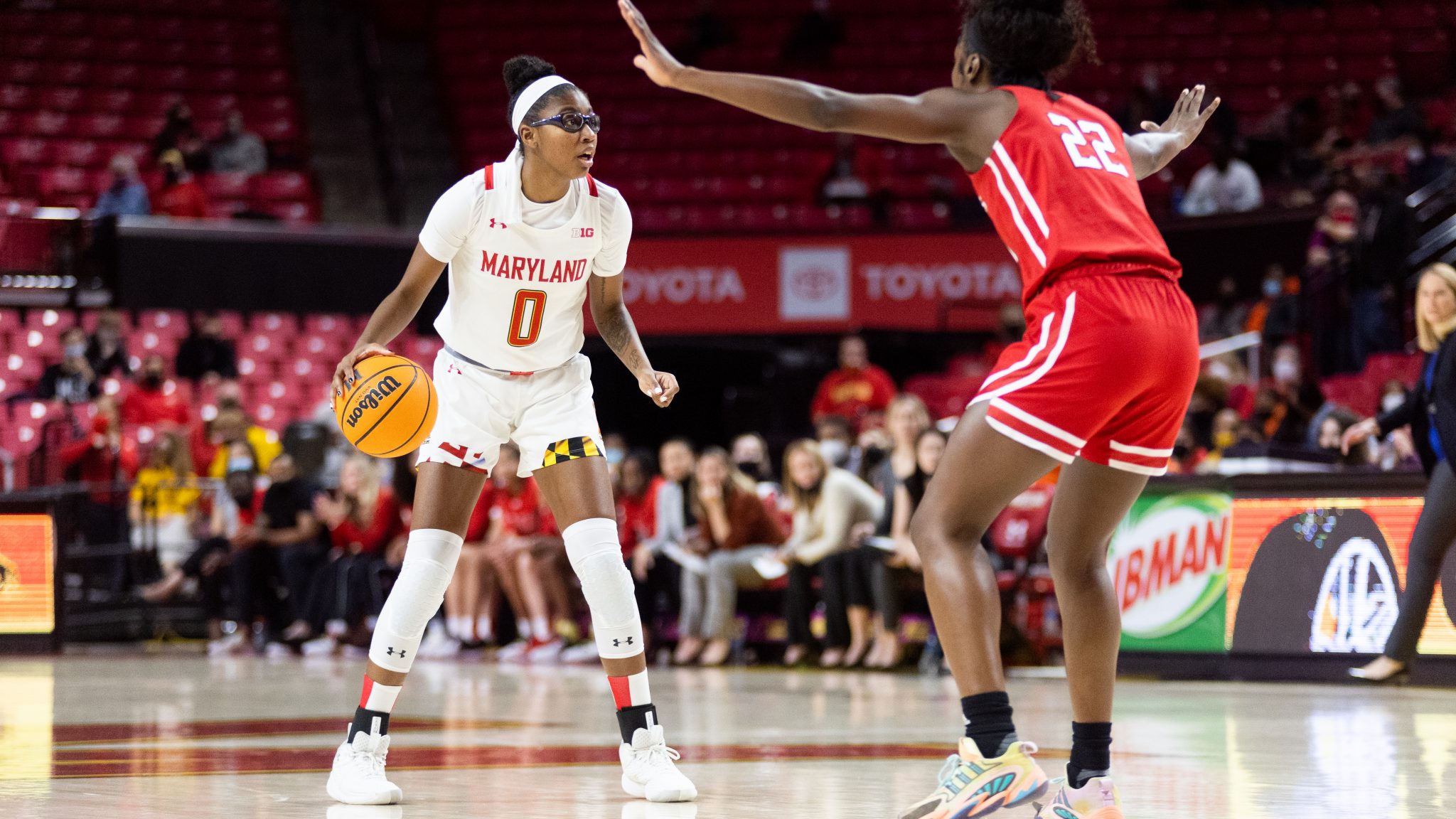 Abby Meyers nabbed the ball out of the air after a wide pass from Minnesota and hurled it down the court where Diamond Miller was waiting. Miller caught the ball and made the layup as a part of Maryland’s 35-point third quarter.

The long pass from Meyers was one of her season-high five assists.

After a win against Purdue and a loss against Nebraska, No. 16 Maryland women’s basketball hoped to notch a win against Minnesota to finish 2022 with a winning record in Big Ten competition.

The Terps did so with their most points scored all season and their first game over 100 points since the opening round of last year’s national tournament with a 107-85 win over the Golden Gophers at Xfinity Center Friday.

“I thought you saw a tremendous reset for us with the holiday break, coming back really fresh,” coach Brenda Frese said. “We set the tone from the tip.”

Miller, Meyers, Shyanne Sellers and Lavender Briggs all finished the game with double-digit points, but every player on the team scored as Maryland showcased a collective effort on both offense and defense.

Miller led her team with 22 points, her fifth game this season with 20 or more points. Alanna Micheaux also finished with 22 for Minnesota, but without freshman Mara Braun’s typical offensive contributions, the Golden Gophers couldn’t compete against the Terps.

Gia Cooke entered the game for the first time in the fourth quarter and made her mark. Starting with an assist to Brinae Alexander, the freshman followed it up by using her speed to sprint down the court through Minnesota defenders for a layup. She finished with 8 points.

Maryland led by nine points at the start of the third quarter when Minnesota’s Micheaux made a layup.

When the Terps got possession, Meyers passed the ball to Miller, who sidestepped defenders and drove toward the basket for a layup to kick off a 17-3 run for her team in its 35-point third quarter.

Maryland continued to build its lead throughout the quarter thanks to 10 points from Briggs, who finished the game with 14 points, her most as a Terp after transferring from Florida.

“I’m just trying to play hard in every game and help my teammates as best as I can in any way,” Briggs said. “My coaches and my teammates are giving me a lot of confidence.”

On defense, Maryland prevented Minnesota’s top scorer, freshman Mara Braun, from getting a shot to fall in the first quarter. But Braun found her rhythm in the second quarter with 10 points in less than six minutes. Her scoring jump-started the Golden Gophers’ offense as they diminished the Terps’ lead to single digits with a 15-2 run.

Maryland worked to offset Minnesota’s run by getting to the line. The Terps were 10-for-13 on free throws in the first half as Miller shot 5-for-5 and Sellers shot 5-for-6 from the charity stripe.

Maryland’s dominant third quarter was enough to prevent any further threat of a Minnesota comeback, as the Terps advanced to 11-3 on the season and 2-1 in Big Ten play.

“Our New Year’s resolution is to keep winning,” Sellers said.