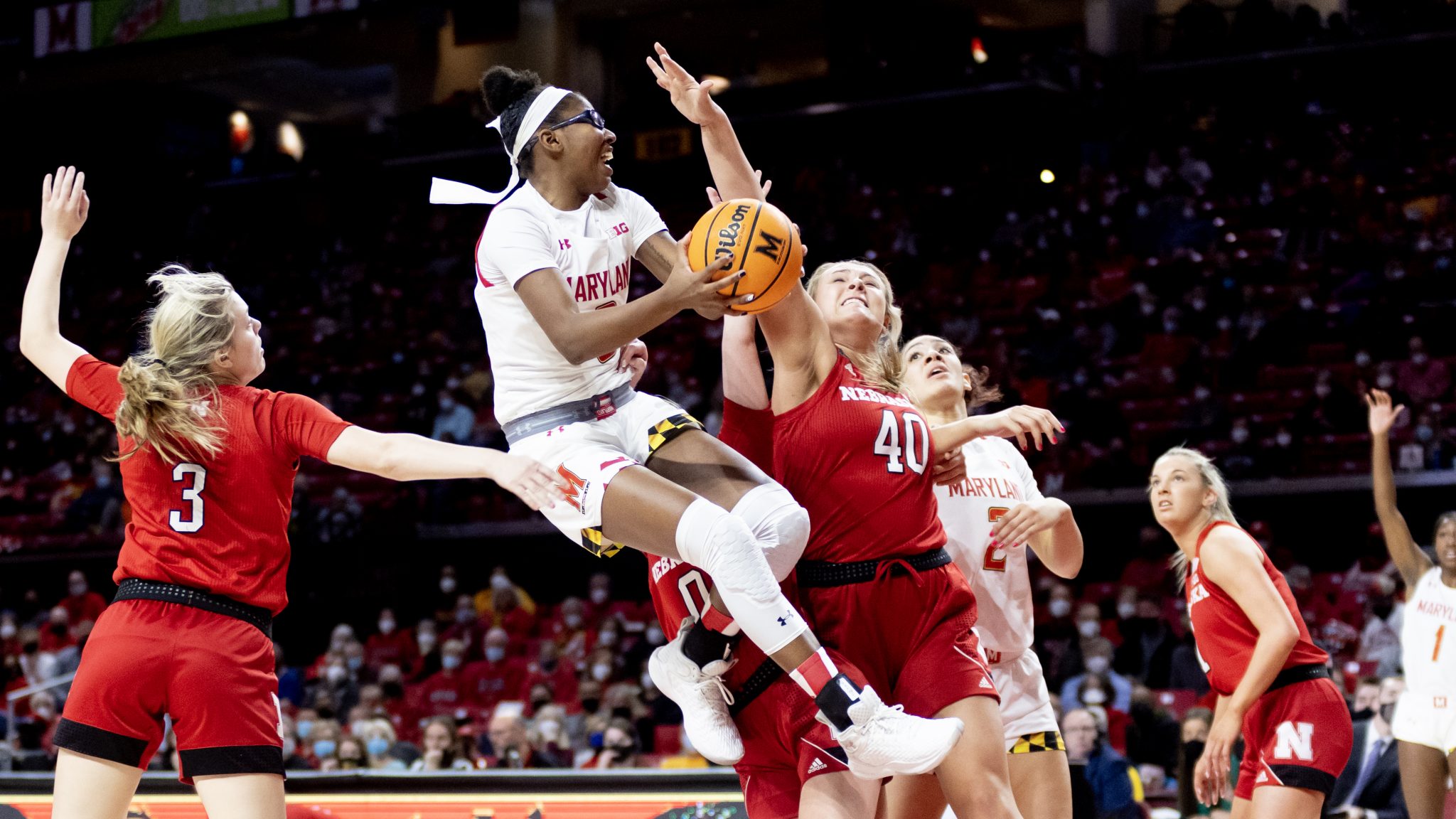 With her arms outstretched, Lavender Briggs intercepted the ball before Purdue Fort Wayne’s Jazzlyn Linbo could catch it. As she dribbled the ball towards halfcourt, Shyanne Sellers raced towards the basket, getting herself into position.

Briggs launched the ball down the floor to a ready Sellers, who caught the ball and dribbled it once before making a layup for Maryland women’s basketball with more than 20 members of her friends and family watching.

Since becoming a regular fixture in the starting lineup, Sellers has displayed her abilities as a scorer and a defender. She led the Terps in scoring with 18 points Wednesday against her sister Shayla Sellers and the Mastodons in Maryland’s 88-51 win.

“I know [my family and I have] been talking about this game like all year, so it was kind of fun that it was already here,” Sellers said. “Them just seeing us be on the same court again … just a really cool experience I’m glad everyone got to experience.”

Sellers also added six rebounds, three assists, two blocks and a steal in the game. The sophomore earned her first start of the season against South Carolina when Diamond Miller sat out with a knee injury. But since Maryland’s loss to DePaul, she’s started in every game for the Terps.

“She’s our lockdown defender and then [has] that scoring punch on the offensive end, so it’s been impressive to see the jump that [Sellers] made so quickly in her sophomore year,” Coach Brenda Frese said on Dec. 19.

In the seven games since she joined the starting five against Towson, Sellers is averaging 16.7 points and 2 steals per game.

The guard has also improved her three-point shooting. She knocked down the game-winning three-pointer against Purdue and shot 2-3 from behind the arc against UConn.

She continued to find success from deep against Purdue Fort Wayne. Late in the third quarter with Mastodon defenders focused on defending in the paint, Sellers waited on the outskirts, ready to receive the ball.

A flurry of Terps’ passes eventually ended in her hands, when she lobbed in a shot for her second three-pointer of the game.
“I love the sophomore Shy,” Frese said. “She’s really made herself into a complete player this year.”

As a freshman, Sellers focused on her defensive game to find playing time for herself on a team full of scorers, Frese said. But this year, she’s shown her ability to continue her strong defense while also becoming a “dynamic” scorer for the Terps.

That two-way focus is clear in Sellers’ production. She is second on the team to Miller with 14.2 points per game and leads the team in shooting percentage at 49.3. But the new offensive role hasn’t taken away from the guard’s defensive skills, she also leads the Terps with 22 steals.

After being named Big Ten Sixth Player of the Year last season, Sellers has continued to improve her play throughout her sophomore season. But she remains focused on improvement.

“I think there’s definitely a next level for me to help my team,” she said.