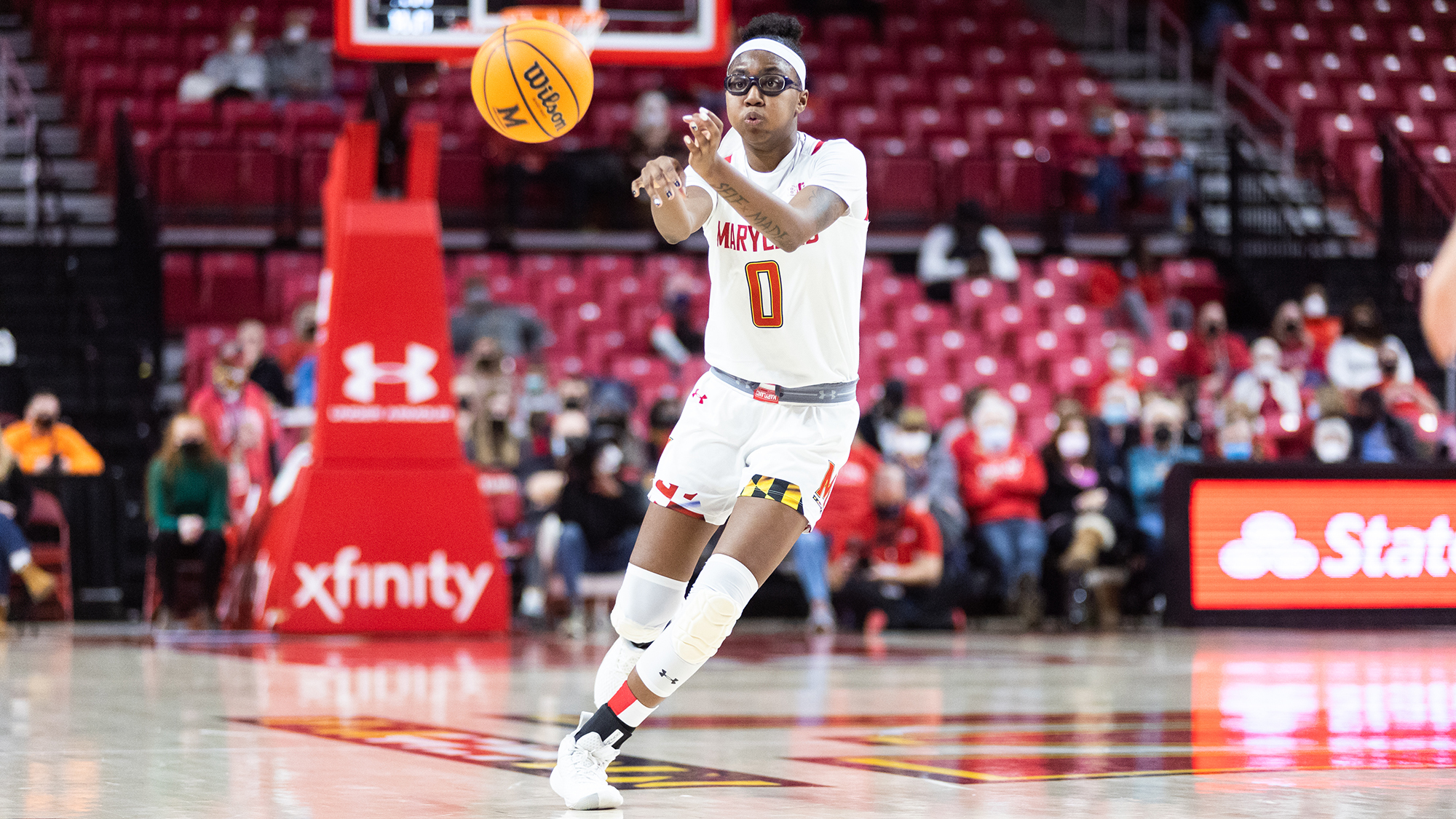 Over the last week, Shyanne Sellers and her older sister, Shayla, have engaged in “good family banter” leading up to Wednesday’s matinee. The younger sibling even joked that she was excited to “crush” her sister when the pair went head-to-head in front of a 20-person crowd of friends and family.

“We’ve been talking about his game all year, so it was kind of fun that it was already here,” Sellers said postgame. “Just a really cool experience. I’m just glad that everyone got to experience it.”

Shyanne Sellers and No. 15 Maryland improved to 10-3 after thrashing Purdue Fort Wayne 88-51 at the Gates Sports Center in Fort Wayne, Indiana. The guard scored a team-high 18 points in the win, continue a recent scoring surge. In her last five outings, the Ohio native has scored 17, 21, 15, 19 and today’s 18.

“Love where [Shyanne] is trending,” Frese said. “That’s what you want to see — that growth, that step you make as a sophomore … Last year we could count on her defense, and this year, we absolutely need her offense.”

In their final non-conference match, the Terps trailed for just 16 seconds and led by as many as 39 in a contest decided by the third quarter.

She had a game-high 25 points and snagged 10 rebounds for her first double-double of the year. Bromenschenkel was the only Fort Wayne player to reach double-digit scoring.

“She was able to really expose us from a lot of different areas,” Frese said of Bromenschenkel.

But Maryland’s ball movement and efficiency gave Fort Wayne’s defense fits; the Terps had 20 assists and made 56.3 percent of their deep looks. The away side also took care of the ball, committing just 10 turnovers to the Mastodons’ 19.

“We’ve been really trying to enforce ball movement in practice,” Shyanne Sellers said. “So just moving the ball and we find that when we move the ball fast that we get good shots and people make more shots like that.”

But it wasn’t just the offense that clicked Wednesday afternoon; Maryland had 10 blocks and 13 steals and held the Mastodons to 31.1 percent from the field.

Maryland held just a seven-point advantage after one, an advantage trimmed when the second quarter began with a three from Shayla Sellers. But the visitors then went on a 10-0 run — capped by crisp ball movement that saw one-touch passes lead to an open three for Elisa Pinzan in the corner — which forced a Fort Wayne timeout.

Five quick points for the Mastodons to kick off the third forced head coach Brenda Frese into a timeout. But after a pair of Miller free throws, Faith Masonius snatched an errant pass and picked up an and-one foul, which led to a double chest bump from Abby Meyers and Miller.

The Terps then blitzed their opponent for a 13-3 run to take a 27-point lead. The hosts fell apart in the third quarter and were outscored 32-12. They had a near-six-minute stretch without making a basket.

“We like to play a fast-paced game and get down in transition,” Miller said. “We just followed our game plan and did what we had to do on the offensive side.”

After stressing the need for improved play from her freshman, Frese gave guard Bri McDaniel an early look. The Chicago native finished with nine points, three rebounds and two steals in 18 minutes.

Frese said recently that McDaniel has been the most consistent at practices and that her game is slowing down but said Maryland still needs more from the other three freshmen.

One of them, Ava Sciolla, scored her first points as a Terp and gave Frese four rebounds. With the focus now turning to conference matchups, the team will need improved and consistent play from its rookies.

“I think [McDaniel] and [Sciolla] both came in hard and were very aggressive from the jump as soon as they got their name called,” Miller said. “We’re going to need them in conference play.”