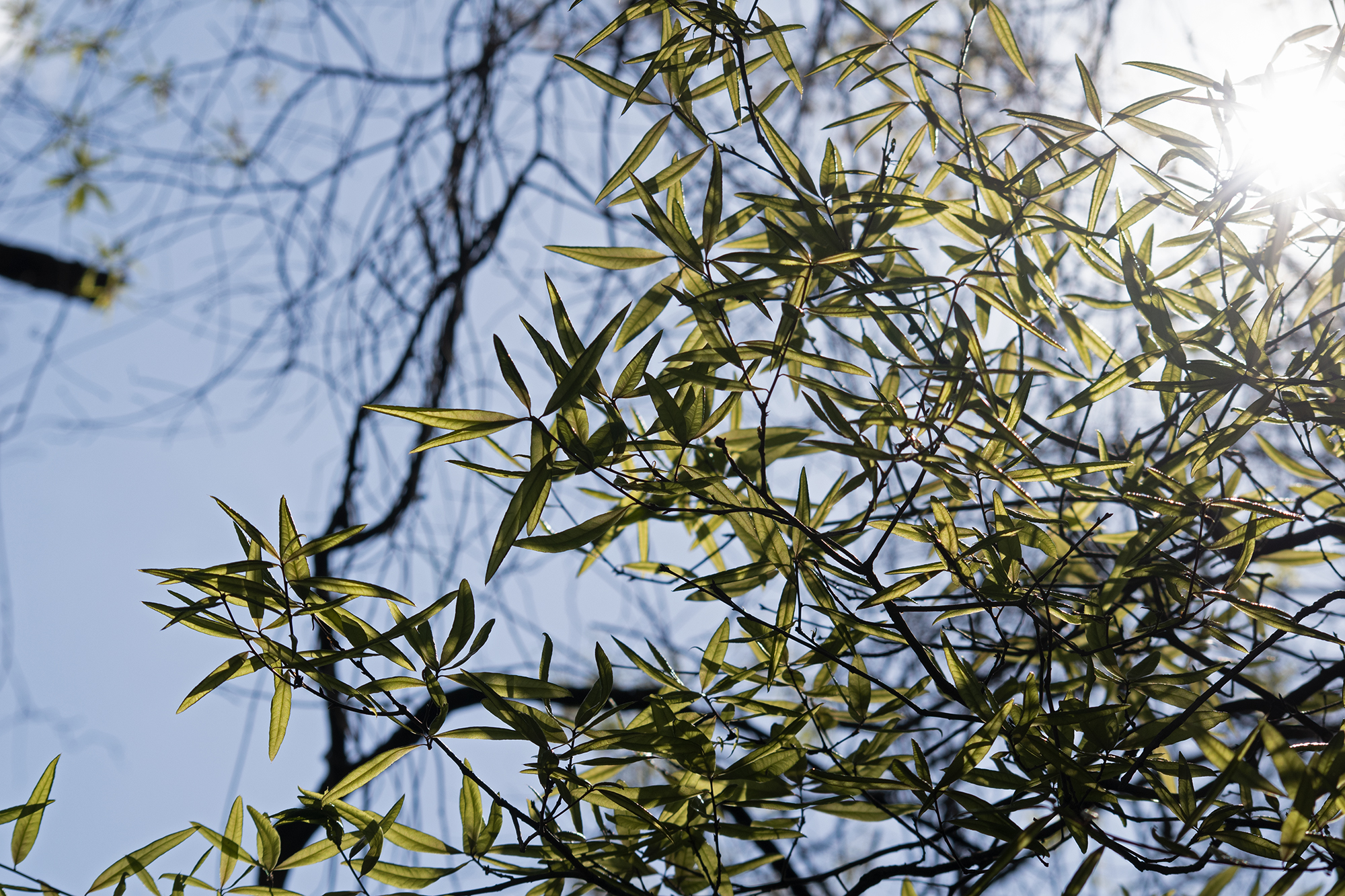 Several plants and trees stand near Maryland Hillel on South Campus on Apr. 15, 2021. This vegetation is part of Guilford Woods. (Autumn Hengen/The Diamondback)

I can imagine members of the University of Maryland community have some fatigue over the topic of land development.

Our continuous protests over the past year have decommissioned a recent project intended to develop over the historic Guilford Woods area. Yet for every project of this type, it is our responsibility as a community to do the best we can to protect our public woodlands.

And while we have seen this same story play out before, it’s still of the utmost importance that we band together as a community to stage protests and speak out to our local representatives to save another wooded area in College Park.

Right now, Stanley Martin Homes, a large home builder, is proposing a plan to the Prince George’s County Planning Board to build over 450 single-family homes and townhomes spread across the Paint Branch North and South Reserves. This proposed project would take away approximately 24 acres of undeveloped land.

Guilford Woods was only 15 acres.

Only a little over 38 percent of this community’s land has not yet been excavated and developed by some money-hungry developer looking to make a quick buck. While it may seem we have a fair bit of undeveloped land, maintaining every inch of land with trees is vital. Forests can prevent soil erosion, remove carbon from the atmosphere and provide natural habitats for tons of animal species. With over 1,000 new units sprouting up from multiple new housing projects, usable land for trees in this area is rapidly being paved and built over.

The trail would lose its naturalistic appeal to park goers. The area would irreparably lose its natural charm. In addition, because the land has not been developed before, it is one of the last remaining natural habitats in the area for many types of birds and insects.

Furthermore, there are multiple “heritage trees” — large trees that have historical value to the community — this new development plan would mow down. We cannot allow this to happen.

These trees are irreplaceable, and they have value beyond just their crucial role in maintaining our environment. They are a part of our community. These trees are important enough that there are laws restricting the ability of developers to remove them. To remove a “heritage tree,”a developer must establish it poses a hazard, or it must go through a specific process to get city approval and clearance for removal. Based on the progress this project has seen with the county’s planning board, it is possible Stanley Martin Homes could receive approval to remove them.

Worse yet, adding more houses will only exacerbate the huge traffic problem at the intersection of Cherry Hill Road and Route 1, which is caused by multiple high-traffic stores including Dunkin Donuts and IKEA. Putting 300 more homes in an already jam-packed, poorly-designed intersection is bound to spell disaster.

Even if this project were to proceed, the development team would face numerous challenges. The Paint Branch Preserve is on a floodplain, which forces developers to build homes on a higher ground, which could cost significantly more. Homeowners would also likely have to pay for costly flood insurance to keep themselves financially safe when a flood inevitably happens.

The developers would either have to eat these extra costs or dump them off to the consumer, making these units more expensive. This community does not need more new, high-priced housing with all the recent unaffordable development. On top of that, developers will be selling homes they know to be at higher risk of flooding to homeowners.

While housing development projects have commandeered tremendous growth in College Park’s real estate market, they have caused this community to hurtle toward a future with no untouched lands.

We need to save all the undeveloped land we can to keep our community lively, provide habitats for the diverse range of fauna and flora that call College Park home, and make sure traffic in our area doesn’t get any worse. There is no need to risk the local environment to add new housing that would likely be at risk for floods and costly for developers to produce.

The Prince George’s County Planning Board needs to stop this development plan from coming to fruition. Striking it down now will save a small but crucial part of our community’s environment while preserving a natural resource its citizens can enjoy for centuries to come.