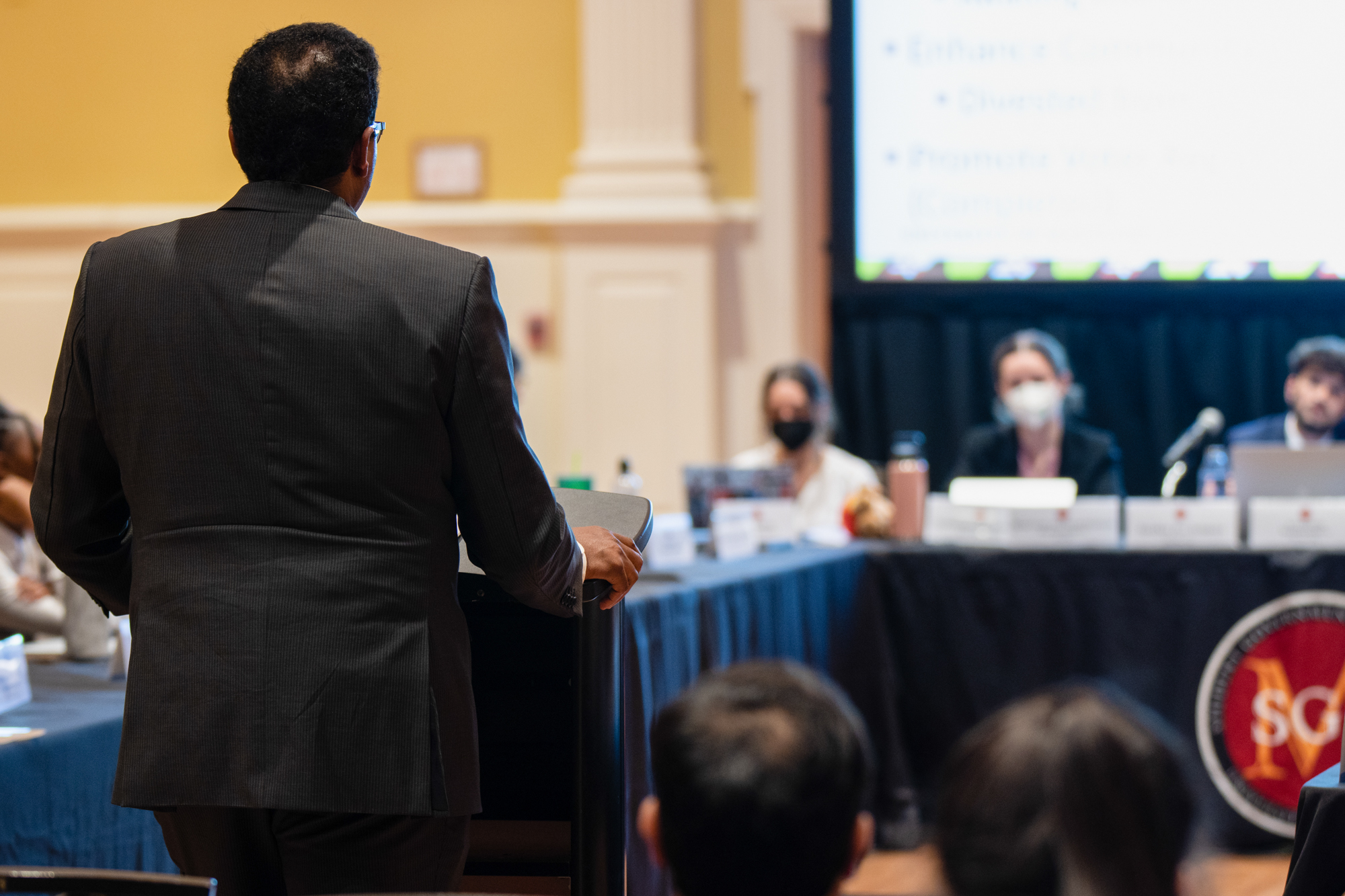 Did you vote in the SGA elections? Better yet, did you even know they were going on? Can you think of a meaningful policy off of the top of your head that the Student Government Association played a significant role in initiating and passing? I imagine most readers — including myself before writing this — would answer no to all of these questions.

In our general apathy for student government lies the issue with the institution itself. While some may believe SGA may garner more power if students took greater pride in their student governments, I think this assumption is a fundamental misunderstanding of its role in this university’s administration.

Walking around campus last week, I saw numerous SGA candidates campaigning, and one point they pushed heavily was the idea that voting in the SGA elections allows for students’ voices to be heard on important issues on campus. However, I do not think this statement is entirely true. For the most significant issues on campus, the SGA is not equipped with enough power to represent the students’ perspectives.

We cannot expect the SGA to fix all the problems on the campus. The onus is on all of us as students to actively fight for university policy decisions we want to see enacted.

Most bills the SGA passes are not so much bills, but instead they are directives for higher-level administration to take its opinions into account. For instance, the SGA passed a bill calling on the university to accelerate its decarbonization timeline from 2050 to 2035. While it is certainly a great idea to push this university toward more stringent energy consumption goals, merely giving bills like this the rubber stamp does not push the administration to implement substantive changes.

The administration can simply act as if these types of bills never existed and do whatever it wants because it — and it alone — has the power to make decisions. Sadly, the SGA has no greater means of forcing the university to do anything than any other student group.

With all this said, the student government still does play an important role on campus in managing school events and logistics, while keeping an eye out for students’ interest. They are instrumental in advocating for mental health initiatives and launching protests to address sexual assault, and they help inform students of important issues around campus. However, their role in the university administrative system should not be misconstrued. They do not — and cannot — represent students’ opinions in the same way members of Congress represent us in the U.S. government because this university’s administration is not a democracy and never will be.

But then who can represent the desires of our students? We can.

When it comes to many of the hard-hitting issues here on campus such as getting A/C in dorms and reinstating winter commencement, the students affected by the university’s policies must step up and demand change. Think back to the student-led protests that led to our administration pausing development over the undeveloped Guilford Woods. Students occupied McKeldin Mall and raised their concerns loud and clear to the administration. Students forced them to respond. Getting a significant portion of students to care about an issue and actively speak out is the way to make changes at this university.

We have other ways of making our concerns known too. When this university decides its athletic department is more important than giving our students air conditioning, we can start not going to athletic events. Students and their families subsidize this institution through exorbitant tuition and state taxes. Our money talks.

While the SGA plays an important role in addressing many unseen, unheard issues, they do not significantly impact university-wide policies, especially those that bludgeon the administration’s wallets. The student body as a whole is responsible for holding crucial university decisions up to scrutiny.