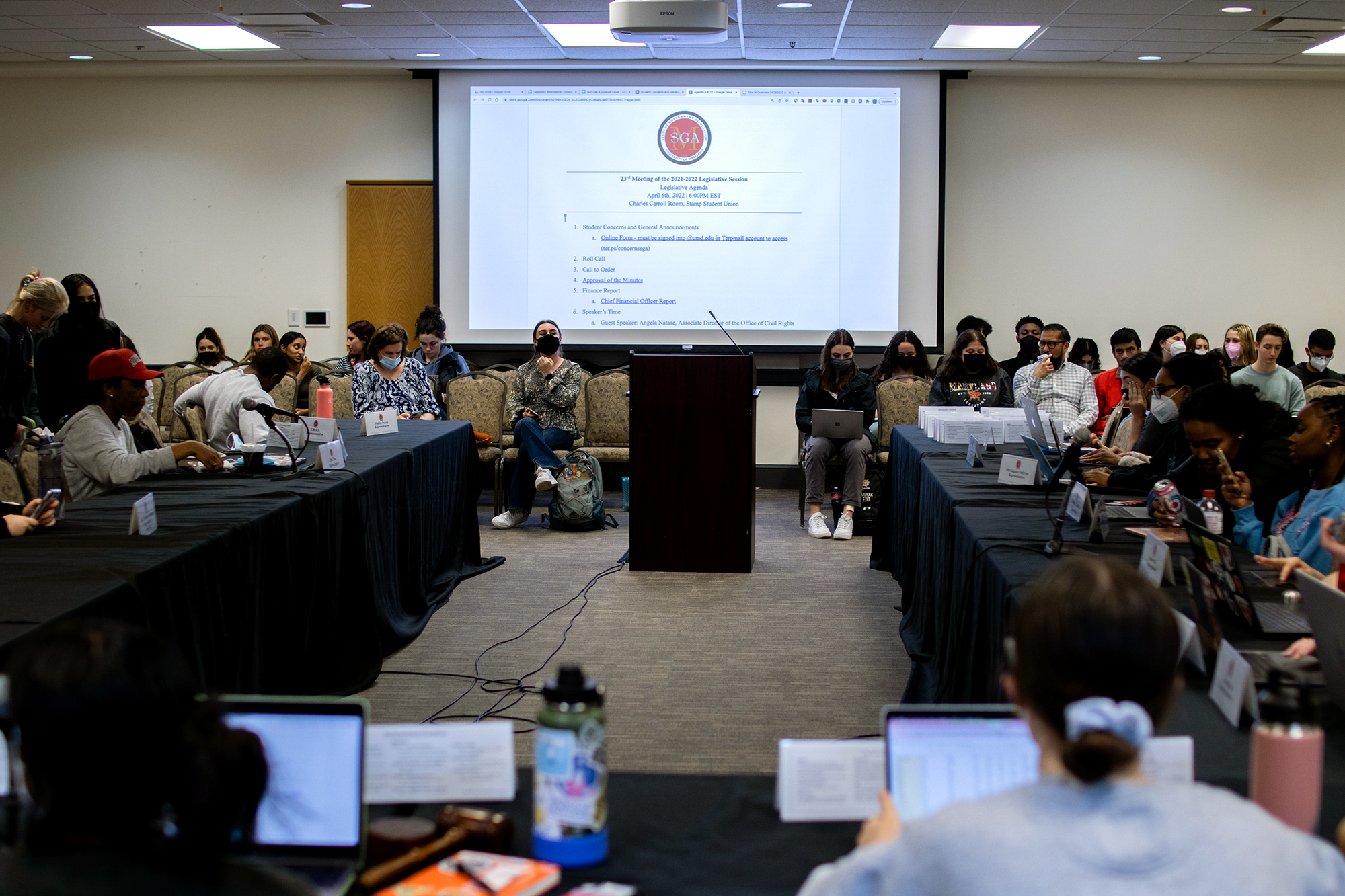 Junior environmental science and policy major Nancy Barrett spoke in front of the University of Maryland SGA during a general body meeting Wednesday night and argued in support of the resolution calling for the university to decarbonize by 2035.

Barrett has driven past the Combined Heat and Power Plant on Route 1 countless times. The power plant is the source for at least 30 percent of the university’s electricity, but simultaneously produces and pollutes the environment with 125,000 metric tons of carbon dioxide every year, she said. It’s a realization that struck her.

This is why Barrett advocated for the Student Government Association to call on the university to set the goal of decarbonization by 2035, an earlier target date within the NextGen Energy Program. The plan would renew the power plant and make it more environmentally friendly, among other broader goals of adding a distribution system to make heating and cooling buildings more efficient.

“We must recognize the role that our university plays in these emissions and do our part to be good stewards of our community, especially considering that [Prince George’s] County, a majority Black county, is disproportionately affected by pollution and health inequities,” Barrett said.

Legislators decided to pass this bill with a vote of 25 in favor, zero against and one abstention.

Additionally, the SGA introduced a new bill to encourage the university to increase the number of self-certified absences for students. These absences would not need additional documentation to support them. The bill will be voted on at the next general body meeting.

The sponsor of the bill Aiden Wechsler, a behavioral and social sciences representative, said this could be an alternative choice for those who support the idea of the self-excused absence but don’t fully support some aspects of the bill the Senate proposed. The SGA president vetoed the original bill supporting the Senate bill for a mental health excused absence, which legislators did not vote to override during their March 30 meeting.

“Just based on our last conversation with the veto and then the original proposal and then trying to address all the concerns and making sure that we do address this very important issue for our students,” Wechsler, a sophomore government and politics major, said.

SGA also passed a bill to support signing a Maryland General Assembly bill to legalize all recreational uses of marijauna in the state. The general assembly bill would allow all residents 21-years-old and over to purchase and use cannabis legally starting July 1, 2023.

The bill passed with a vote of 22 in favor, zero against and two abstentions.

CORRECTION: A previous version of this story misspelled SGA representative Aiden Wechsler’s name. This story has been updated.