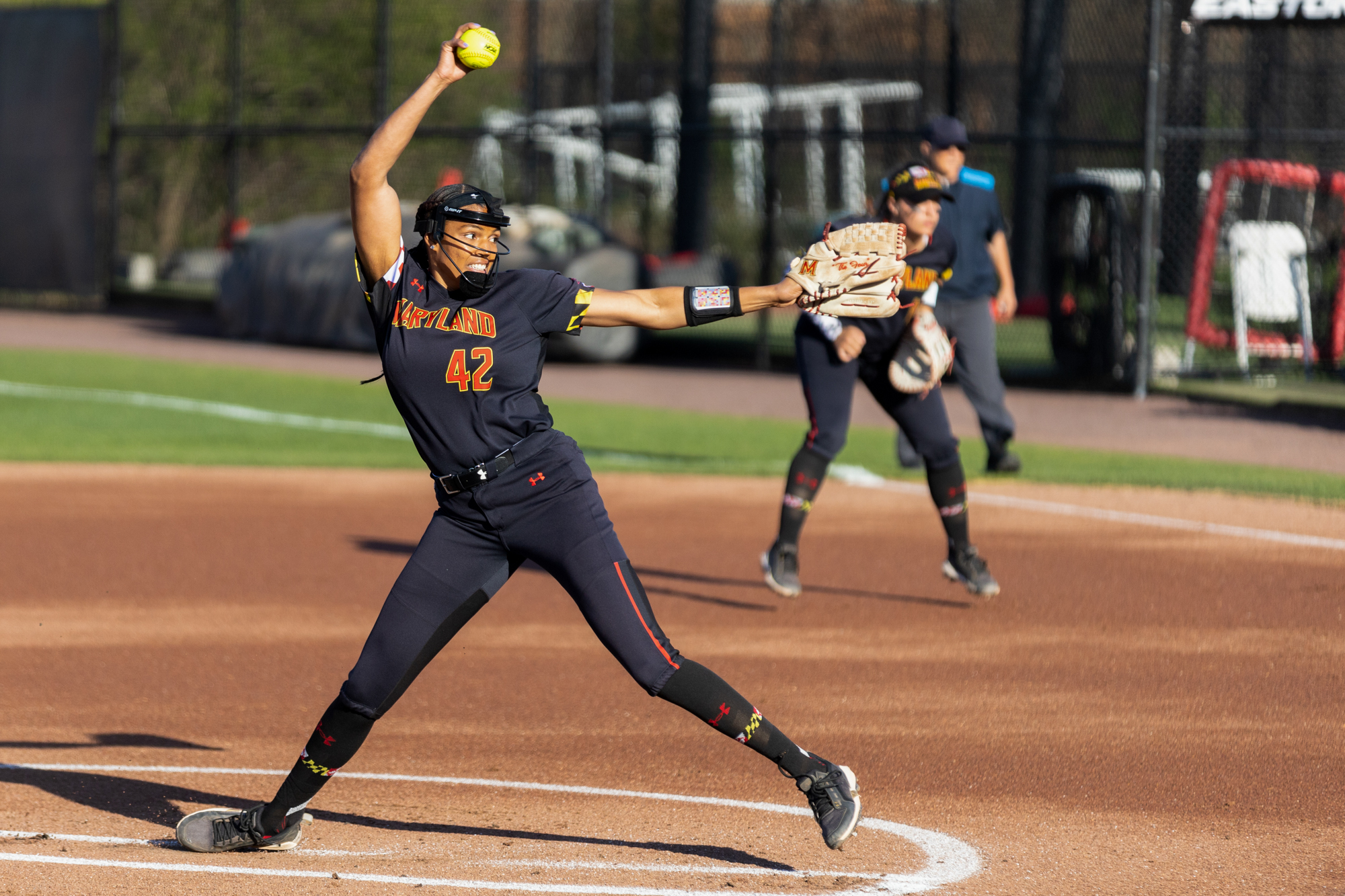 Maryland softball got off on the wrong foot in its weekend series against Minnesota. The Terps fell behind 4-0 in the first and ended up being run-ruled, 13-1, in five innings.

“After the game … we all just kind of came together just to make sure that everybody flushed it,” catcher Kiley Goff said.

Coach Mark Montgomery used three pitchers in Friday’s blowout defeat, but none of them were able to notch more than five outs.

Trinity Schlotterbeck got the start, but didn’t last very long. The Golden Gophers’ four-run first and two-run second innings knocked Schlotterbeck out of the game after just an inning and ⅔.

The next Maryland arm didn’t fare any better as Haley Ellefson could only record two outs before her afternoon in the circle was done. Ellefson was charged with six runs on her line, putting the game out of reach in just the third inning.

Having used three of his four pitchers in the opener of the series, Montgomery needed a long start from Courtney Wyche in game two.

Maryland went ahead 4-0 in the third and after allowing two Golden Gophers to reach base in each of the first two innings, Wyche settled in beautifully.

Over the course of the final five innings, Wyche allowed just three baserunners — a single, a walk and an error by her defense — and one run as Maryland coasted to a 6-1 victory.

Not only did Wyche provide length, but she did it relatively easy. Wyche threw just 89 pitches in seven innings to get through Minnesota’s lineup with ease.

As a result of Wyche’s beauty of an outing in game two, she took the nod in the rubber match of the series on Sunday, the first time she’s pitched back-to-back games in a series all year.

“Courtney came up and said she wanted to be part of the plan on Sunday, and she said that before Saturday,” Montgomery said. “And that made me want to put her in, because it wasn’t about her outcome … it was that she wants to be part of helping this team in any way she can.”

Wyche struggled to begin the series finale as the start of game three looked nothing like Wyche’s game two performance.

Wyche allowed three runs and five hits in the first two innings, and the damage could’ve been even worse had Minnesota’s outfield wall been just mere inches closer to home plate.

With the bases loaded in the first, Sara Kinch crushed a pitch to deep center field. Jaeda McFarland ran back to make the catch on the warning track, limiting the damage to one run.

Had Kinch’s shot landed over the wall, Minnesota would’ve put up a four-spot in the first and Wyche’s afternoon could’ve looked a whole lot different. Instead, the pitcher got out of the inning relatively unscathed.

After a shaky second inning, Wyche put Maryland behind 3-1.

But over the next three innings, Wyche retired nine straight batters to keep Maryland in striking distance. A leadoff double put Wyche in a difficult position in the sixth, but she refocused quickly and got out of the inning without a run scoring.

“She struggled a little bit in those first couple of innings but then she really settled down … so that was huge and allowed us to then rally our forces,” Montgomery said.

Wyche went back out in the circle for the bottom of the seventh after the Terps took their first lead of the game. It wasn’t the prettiest of innings — two Golden Gophers reached base — but no damage was done in the frame. She fired a scoreless seventh inning, securing the 4-3 win.

“Courtney did a phenomenal job … I know with the conditions of the weather, it was tough for her to go out there and just apply the pressure and just believe in herself,” Goff said.  “For me as a catcher catching her, I think that was big.”

After the opener, it looked like Maryland’s pitchers had their work cut out for them in the final two games of the series. However, Wyche changed that narrative — carrying the Terps’ pitching staff to a series win against Minnesota.