All dorms should have air conditioning. We shouldn’t remove it from Cumberland Hall. 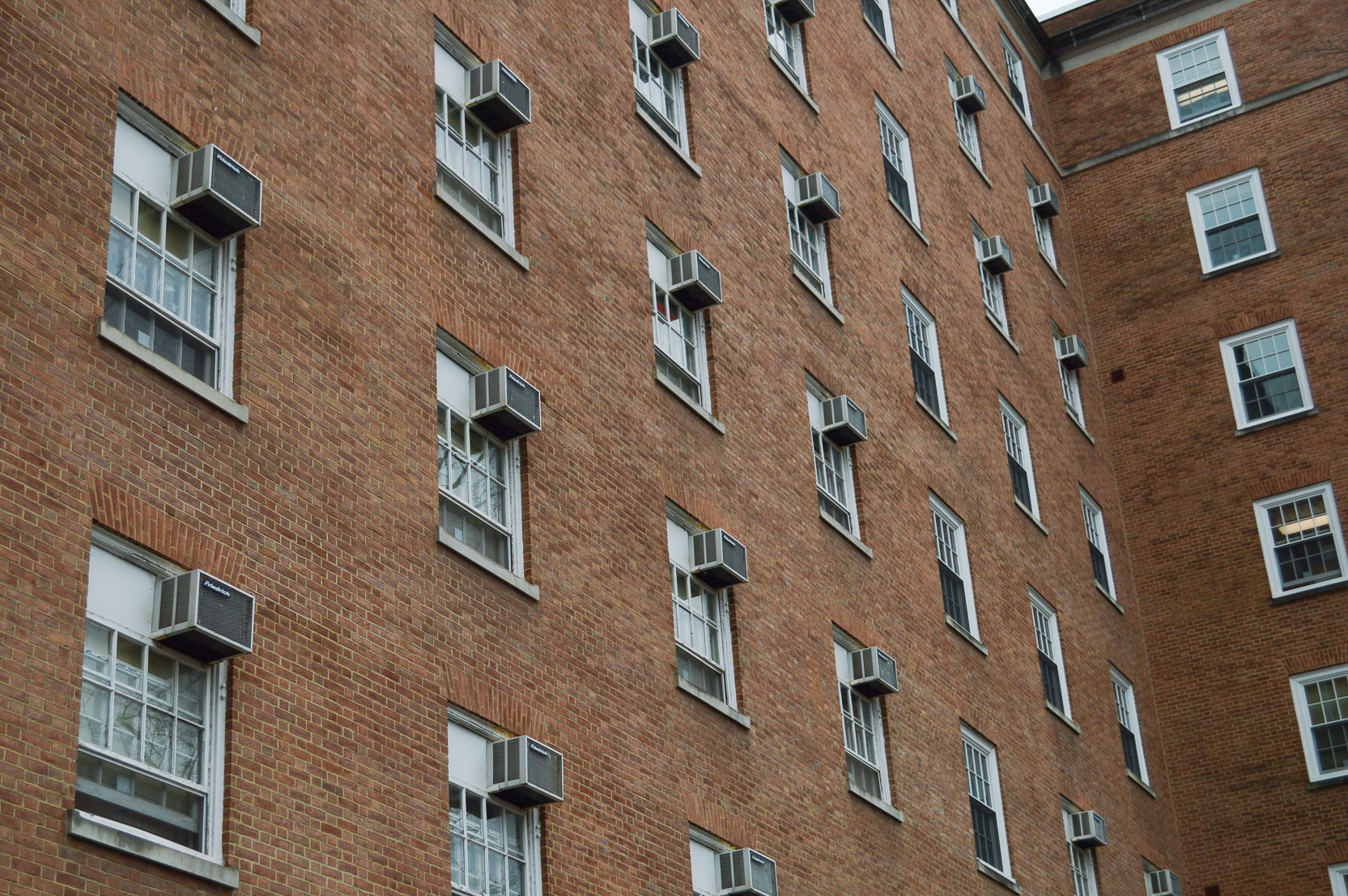 The exterior of Cumberland Hall on April 7, 2022. (Giuseppe LoPiccolo/The Diamondback)

Around the United States, air conditioning has become a luxury to which most of us have become accustomed. It has come to feel like a basic necessity, especially during the hot and humid Maryland summers. However here in College Park, air conditioning is a luxury most students are lucky to have.

A large portion of students at this university already have to experience the sweltering heat of late summers without the option to escape in their dorms. As a student who lives in a dorm without air conditioning, I speak from personal experience when I say this: It sucks.

Like many students in this situation, I kept at least three fans running during the hot months just to make my room livable. I dreaded going back to my room after class because I knew I would have to sit and sweat; I would sweat through my shirt within an hour. I often could not fall asleep without a fan blowing directly at my face and even when I dozed off, I would only get a few hours of unrestful sleep a night.

As temperatures get warmer, I worry about how I will handle the heat. Especially with finals rolling around, the last thing I want to worry about is whether it is too hot to study in my room.

To begin, removing air conditioning units from the Cumberland Hall windows in favor of new windows is not in line with the wishes of the student body. Further, this decision goes against this university’s own goals. This university’s plan for on-campus housing development states that dorms “… in need of systems upgrades and/or replacement to allow for the inclusion of air conditioning must be prioritized.” With this, the university has gone against the will of its own students and the will of its own development plan. How is this a step in the right direction?

A new, air-conditioned residence hall, Johnson-Whittle Hall, is slated to open up next fall, keeping in line with the university’s goals of implementing more air-conditioned housing. However as the building houses about 450 residents in modern, air-conditioned rooms, it does so at the expense of future Cumberland Hall residents.

Taking away air conditioning from Cumberland Hall nullifies the progress made by opening up Johnson-Whittle Hall. If this university puts 450 residents in air-conditioned units but takes nearly 500 students out of air-conditioned units, what progress has been made? Absolutely none. Instead of being wishy-washy about providing its students with air conditioning, this university needs to provide it to all students, not merely the opportunity to some more fortunate students.

Worse yet, this year was not even a particularly hot year. In previous heat waves, students have resorted to sleeping in communal lounges just to get a good night’s sleep. Students already worry about so much at this university, such as how they can affordably get to campus and if they should graduate in the winter and miss out on a commencement ceremony. Having a comfortable place to sleep should not be an additional worry.

A lack of sufficient sleep can cause nagging effects to students, such as memory impairment, inability to concentrate and even mood swings and hallucinations. By not providing adequate living conditions for its students, this university not only inhibits students’ ability to learn, but also puts them at higher risk of long-term health issues. Prolonged sleep deprivation can contribute to anxiety, cardiovascular disease and depression. It is clear that taking air conditioning away from students has far greater implications on students than simply making them sweat while in their dorm rooms.

This university should not have to choose between new windows and air-conditioned dorms. This university should either buy new windows that can support the current window air conditioning units, or it should invest in central heating and cooling systems for Cumberland Hall and all other buildings that do not currently have air conditioning. If that’s not possible for some dorms, those dorms should be replaced with modern buildings.

Students have always had to deal with Maryland’s sweltering summer heat without air conditioning. But just because it’s been accepted in the past doesn’t mean it should persist. Students should no longer have to sweat through their clothes, worry about whether it will be too hot to sleep at night or buy fans just to make their rooms livable. The university must finally prioritize the wishes of its students and make plans to install air conditioning in all on-campus dorm rooms. But before doing that, it must simply keep the existing air conditioning units in Cumberland Hall.