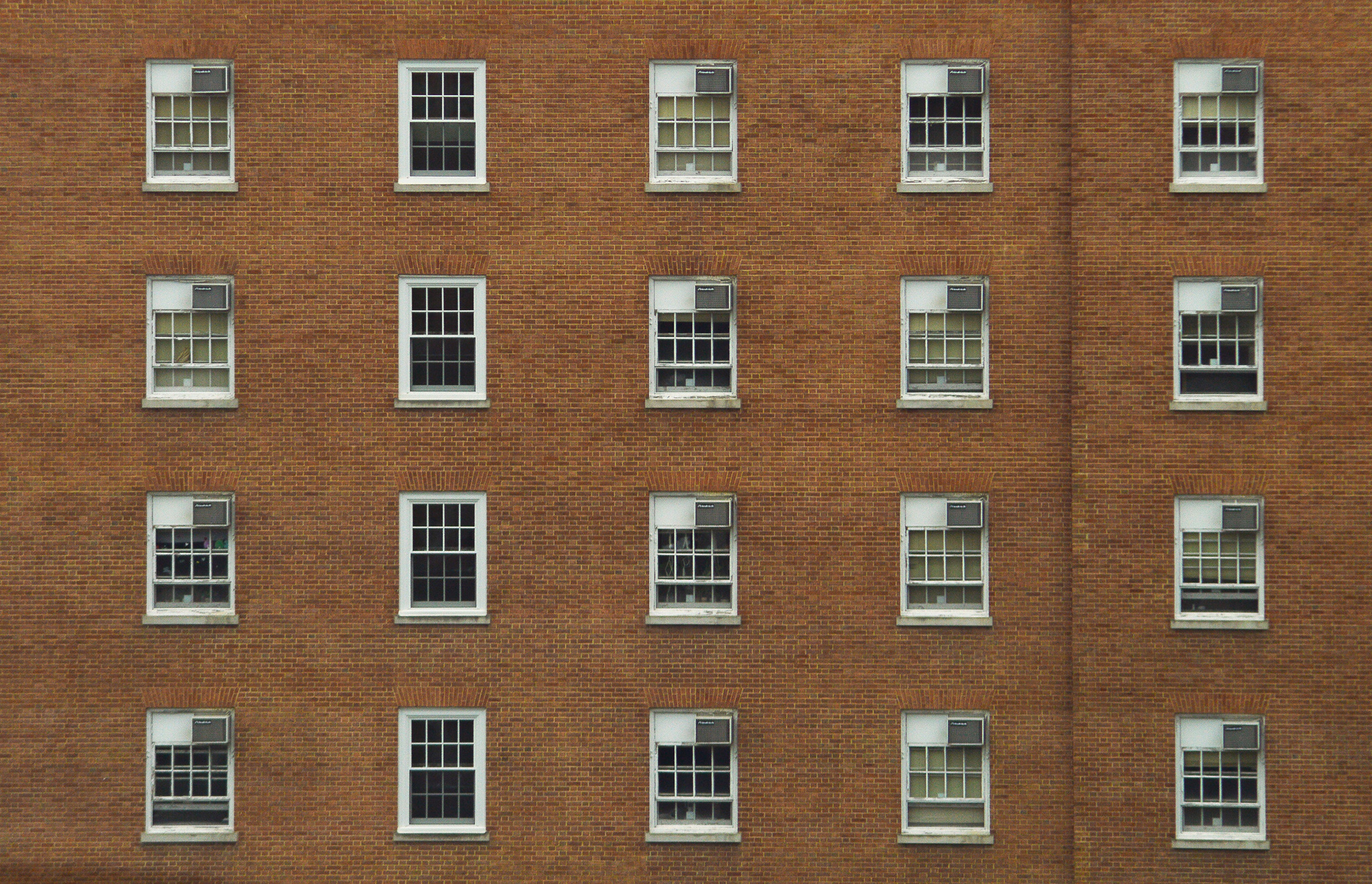 The exterior of Cumberland Hall on April 7, 2022. (Giuseppe LoPiccolo / The Diamondback)

Individual dorm rooms in the University of Maryland’s Cumberland Hall will no longer have air conditioning beginning in the summer of 2023, according to a statement from the strategic communications office.

The university will be putting new windows that cannot accommodate air conditioning units in the North Campus dorm, according to the statement.

“Work is scheduled to begin in the summer of 2023 and the Department of Resident Life will continue to keep students informed of any updates,” the statement said.

Cumberland Hall is getting new windows because the current ones have reached “the end of their lifespan,” according to the statement.

Justin Myers, a freshman psychology major who lives on the sixth floor of Cumberland Hall, has friends who live in Ellicott and Hagerstown halls and has heard stories of how uncomfortable it is to have no air conditioning.

“They would need four fans in their room, and that still wouldn’t cut it,” Myers said.

Myers added this will negatively affect future residents of Cumberland Hall, who will be living in a dorm with amenities equivalent to Ellicott and Hagerstown halls.

“I think it’s frustrating for the residents who are going to live here because I think it really does make a big difference,” Myers said.

Nathan Schwartz, a freshman journalism major, also lives on the sixth floor of Cumberland Hall. He called the windows “raggedy” and “noisy,” and complained that they frequently get jammed.

But he still doesn’t agree with the renovation plan.

“While the windows do need to be replaced, I think there definitely needs to be a plan in place to get a central A/C unit installed,” Schwartz said.

The statement added that while individual dorm rooms won’t have air conditioning units, the university is considering future approaches to heating, air conditioning, and ventilation in Cumberland Hall.

Elijah Thompson, a community assistant at Cumberland Hall and a freshman management major, voiced similar complaints to Schwartz about the window replacement project.

When the Department of Resident Life originally announced the project in December, construction was set to begin this summer. But because of supply chain delays, it was pushed back a year, according to the statement.

“When I first heard about it, I was kind of confused because I was like, ‘I don’t know why they’re replacing the windows now,’” Thompson said.

The statement from the university also dispelled the notion that the removal of the air conditioning units in Cumberland Hall is in any way related to mold.

“Mold is not a factor in this planned renovation,” the statement said.