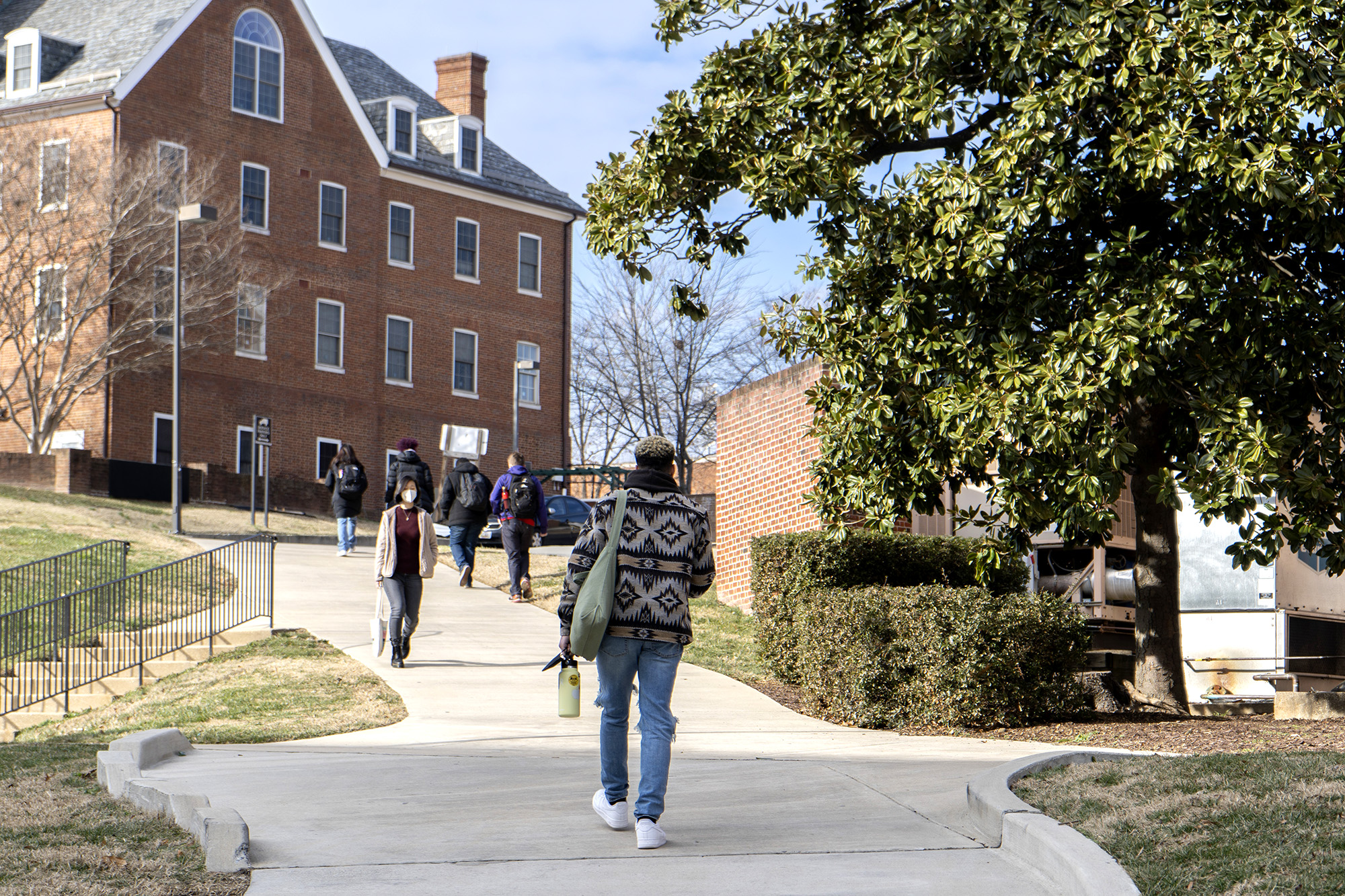 Students climb the hill next to Jimenez Hall on Jan. 24, 2022. (Taneen Momeni/The Diamondback)

The University of Maryland announced Tuesday it will begin temporarily housing refugee and evacuee families from Afghanistan through a partnership with the International Rescue Committee.

“The University of Maryland is part of a global community, and when we have the opportunity to support humanity, we embrace it,” University of Maryland President Darryll Pines said via the release. “We look forward to providing on-campus housing and being good neighbors to Afghan families. They are U.S. allies who have braved a terrifying situation, and we are happy that we can offer them a welcoming community as they seek permanent housing.”

The hosted families include Afghan humanitarian parolees and special immigrant Visa holders — many of whom faced the risk of violence in Afghanistan due to their work as translators, drivers and cultural advisers alongside U.S. workers.

In the next few weeks, several families made up of two adults and children will begin their stays at this university for up to 12 months. During that time, the International Rescue Committee will assist them in finding permanent housing and employment.

The International Rescue Committee works to restore health, safety and economic well-being to people devastated by conflict and disaster. They have responded to humanitarian crises worldwide, including the conflict in Ukraine and the crisis in Afghanistan.

“Innovative community partnerships are key to ensuring that refugees settle in safely, securely, and with hope for the future. We are grateful for the University of Maryland’s welcome of Afghan evacuees, which is reflective of our state’s broader welcoming spirit,” said Ruben Chandrasekar, executive director of the International Rescue Committee’s in Maryland.

CORRECTION: A previous version of this story’s featured photo caption misspelled the name of Jimenez Hall. The photo caption has been updated.