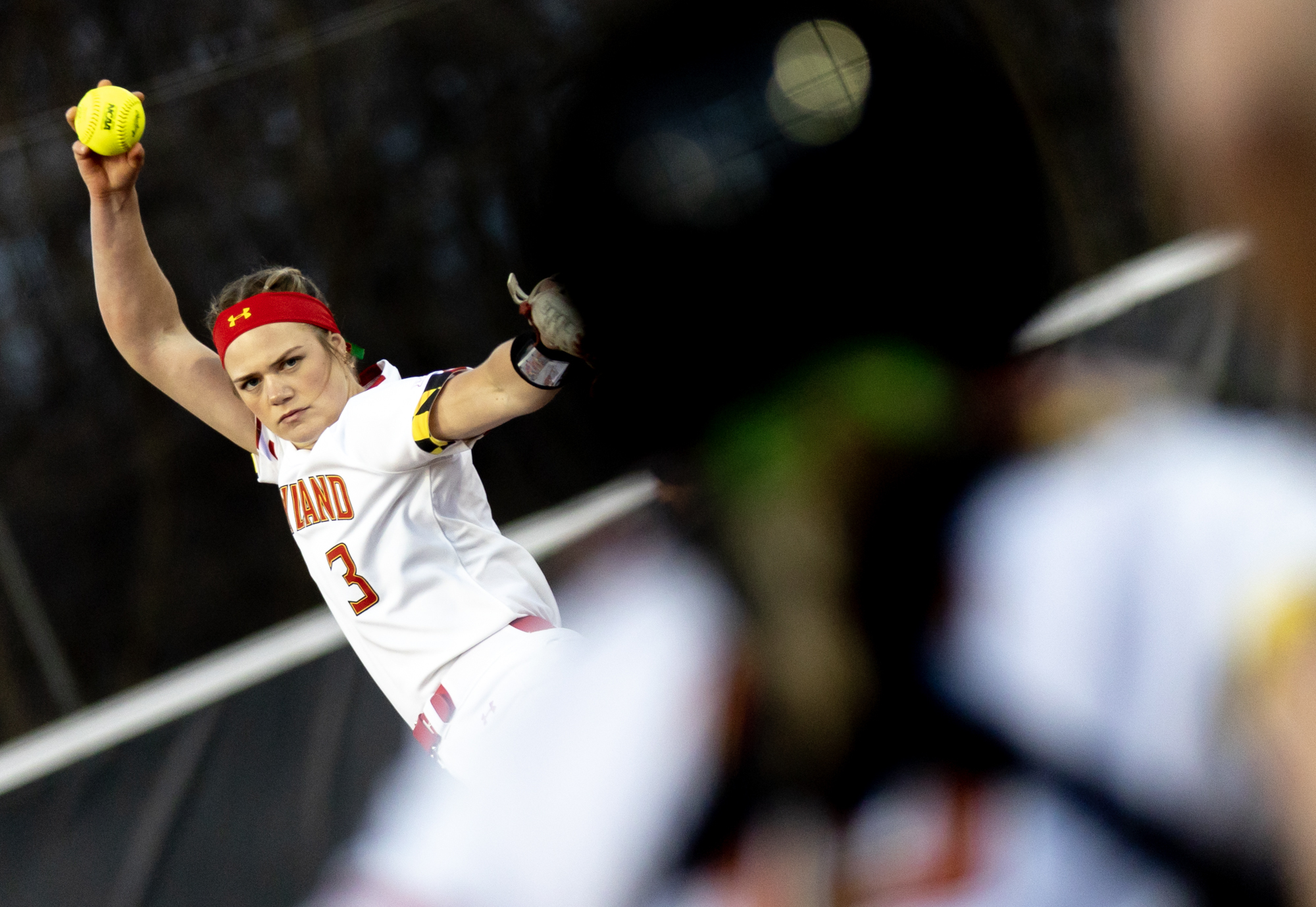 UMBC came up to bat in the top of the sixth inning looking for insurance runs to grow its 4-1 lead.

Ashley Della Guardia stepped into the batter’s box with the bases loaded and only one out and a run already scored in the inning.

Della Guardia chopped the ball back to Courtney Wyche in the circle. But an error by Wyche allowed the sixth Retriever run of the game.

Wyche’s misplay was just one of a few quick plays that didn’t go the Terps way, as they fell to UMBC in their home opener, 6-2.

Courtney Coopersmith started for the Retrievers — she entered following a perfect game against Brown, during which she struck out 20 batters. Coppersmith started Wednesday’s contest with a 0.00 ERA as she hadn’t allowed a run in 13 innings of work.

Coppersmith got run support from her offense in the top of the second.

After the first two UMBC batters of the inning reached base, Della Guardia stepped up to bat and roped a double down the left field line. Sierra Pierce scored from second and Anna Lonchar advanced to third.

[Maryland softball is ready to take control in home opener]

Trinity Schlotterbeck, Maryland’s starting pitcher, was replaced in the circle by Wyche in the top of the fourth. Wyche entered in a tricky jam with runners on first and second and only one out.

The first batter Wyche faced – Coppersmith – drilled a double to center field. Both runners scored, and Coppersmith helped herself on the mound by doubling the UMBC’s lead.

Both runs in the inning were charged to Schlotterbeck. Her final line — four runs in 3.1 innings pitched.

Entering the bottom of the fourth, the Retrievers led, 4-0.

In the top of the fifth frame, Madison Wilson pinch-hit for Macy Granzow with the bases loaded and only one out in the inning. Wilson grounded to Michaela Jones at third base. Jones threw home for the force out and Kiley Goff fired to first for the double-play to quickly end the Retrievers’ threat.

The Terps threatened in the bottom of the fifth inning as their first two batters reached base. And they cashed in.

Maryland failed to tack on another run in the inning and it trailed entering the sixth, 4-1.

Like in the fifth inning, the Retrievers loaded the bases with only one out in the following frame.

Wyche walked Lonchar, bringing home the Retrievers’ fifth run of the game. Della Guardia followed with a chopper back to Wyche in the circle. The ball hit off of Wyche’s glove, allowing everyone to advance a base.

The Terps responded with a run in the bottom half of the inning on a groundout off the bat of Mikami to score Goff from third. Maryland trimmed its deficit to four.

Neither side scored in the seventh and Maryland’s home opener was spoiled.