Maryland softball is ready to take control in home opener 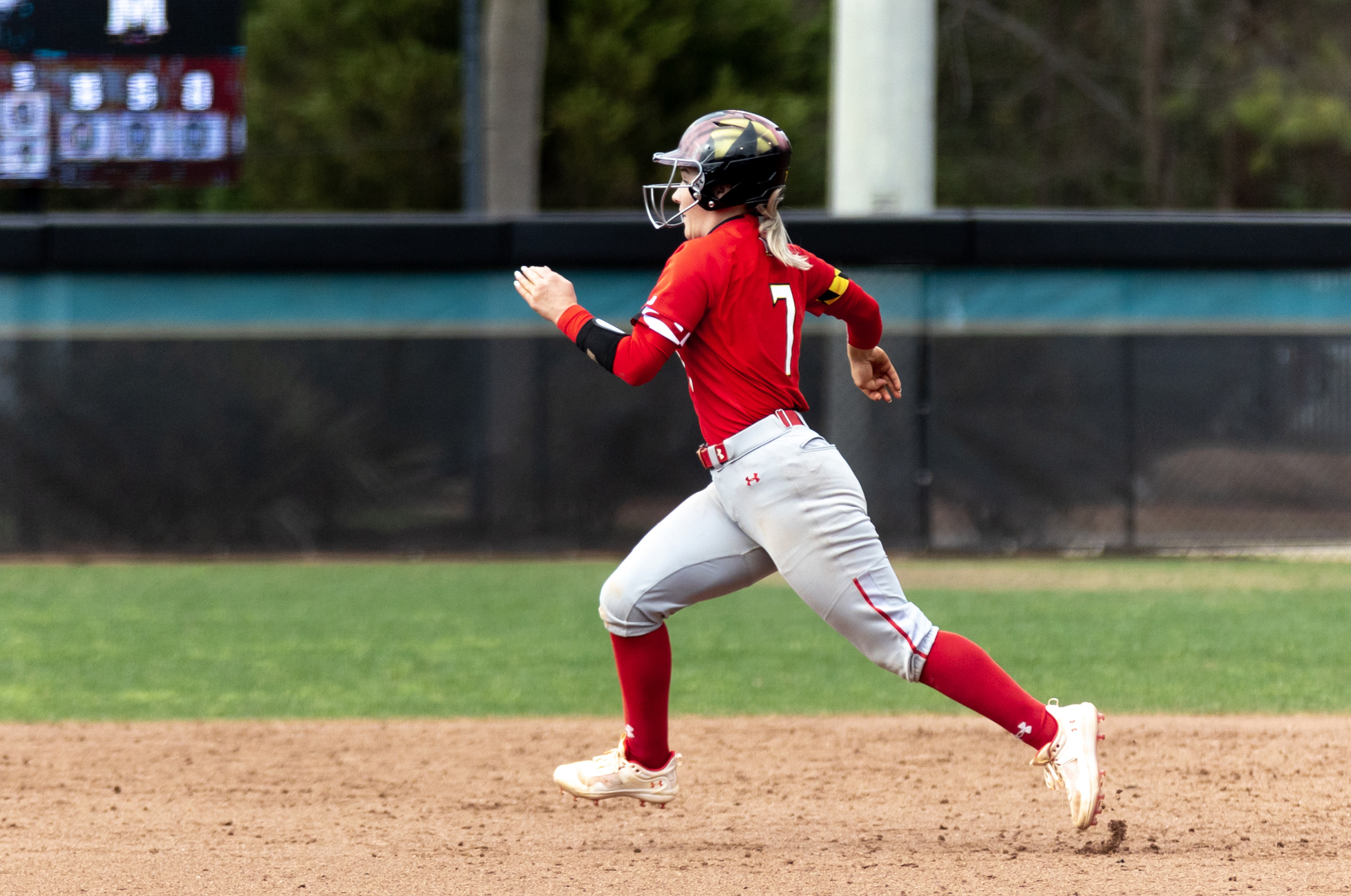 Maryland softball has played 21 games this season. Not one has been at home.

The Terps’ schedule through the first month of the 2022 campaign has been anything but easy. Maryland has dealt with weather issues, constant traveling and doubleheader-filled weekends.

The Terps have been a part of five invitationals and have played nine doubleheaders.

Additionally, Maryland has had four games canceled due to weather.

“It’s brutal. It really is challenging,” coach Mark Montgomery said in regards to the difficult stretch starting the season.

Maryland’s lone game that wasn’t part of an invitational was thrown into the middle of the week. The team played Virginia only three days after competing in the Queen City Classic and three days before the Mizuno Classic.

The Terps lost to Virginia by mercy rule in five innings, 10-2, in a game that got out of hand early. After the Cavaliers jumped to a two-run lead in the first, their bats brought home seven runs in the second. Virginia led 9-0 after only two innings as Maryland looked drained in the field.

In the Mizuno Classic this past weekend, the Terps played a doubleheader Friday before their games on Saturday and Sunday were canceled due to impending weather in the Harrisonburg, Virginia, area.

Maryland’s strenuous schedule has left it battling inconsistencies early in the season — which can’t be shown any clearer than in Friday’s doubleheader.

The first game of Maryland’s Friday doubleheader came against No. 8 Arkansas, and the Razorbacks won comfortably.

Not a single Terp reached base against Arkansas as the Razorbacks’ Mary Haff threw a perfect game and struck out 14 Terps in the process.

Maryland — specifically its offense — bounced back in a big way later that evening. It downed James Madison, 12-5.

After having arguably its worst offensive game of the season against Arkansas, Montgomery’s squad responded with its second-highest run total this season against the Dukes.

“We just kind of realized that we … can’t let an opponent be too big and we have to go up there and we have to be able to make quicker adjustments, and that’s what we talked about and worked on,” Ruby Butler said.

[Maryland softball battled with inconsistencies at the Queen City Classic]

In addition to the weather, traveling and doubleheader woes the Terps have endured, they’ve also battled difficult opponents. Maryland has played four games against ranked opponents and in those games, the Terps have gone 1-3 and were outscored 17-2.

Maryland finally plays its first game in College Park this season on Wednesday — the first game of the Maryland Invitational. The team is scheduled to play six games in five days, including a doubleheader Saturday.

“I think you’ll see a tremendous influx of confidence and having fun because they’re playing in the friendly confines of College Park,” Montgomery said. “We’re familiar with the field, we know the bounces, we know all the nuances of how the field plays. I think that comfort level along with the creature comforts that come along with being at home [will] make us a better team.”

Maryland played as road warriors throughout the first month of the season. Now, the Terps get to play a stretch of games at home before conference play gets underway.

“Playing at home certainly adds a different level of excitement because we’re playing in front of our own fans on our own field,” Butler said.