Maryland softball battled with inconsistencies at the Queen City Classic 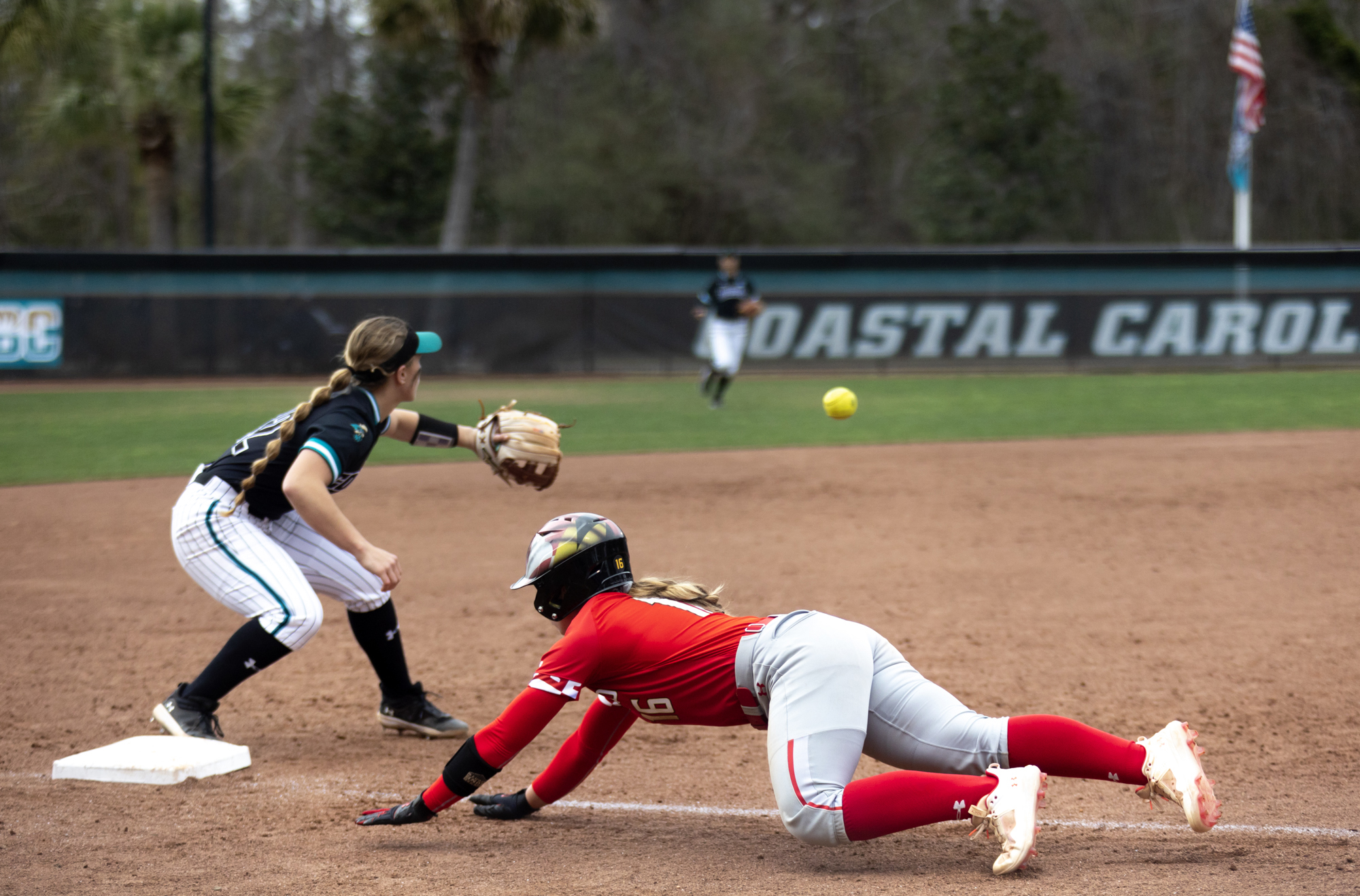 Following its 1-3 result in the Queen City Classic last weekend, Maryland softball looked for a rebound game on the road against Virginia, Tuesday evening.

Virginia got out to an early lead in the first and second innings and never let the Terps into the game. The Cavaliers downed Maryland by mercy rule in five innings, 10-2.

The loss to Virginia was the Terps’ fourth consecutive defeat, following a stretch of five straight wins.

Now, coach Mark Montgomery’s squad sits at 9-10, still searching for consistency after a month of play.

Maryland hovered around .500 after its first two weekends of play at 4-5. The Terps capped off the Spring Games with a 1-0 win over now-No. 10 Missouri, showcasing the talent level Maryland has and proving it can compete with anyone.

After a loss to Central Michigan to open the Chanticleer Showdown, the Terps rattled off four wins in a row to improve to 8-6. Maryland seemed to have turned the corner and found its stride, but that wasn’t the case.

Fast forward five games and the Terps are back below .500.

The inconsistency — from its offense, defense, and pitching staff — has plagued Maryland this season.

[Maryland softball blown out by Virginia, 10-2]

The Terps have scored five or more runs in nine games, but have scored two or fewer in eight games.

Maryland’s been able to get runners on base, but the lack of extra-base potential has limited the capabilities of the Terps offense. It ranks in the top five among Big Ten schools in hits, but ranks in the bottom five in both extra-base hits and slugging percentage.

The Terps’ pitchers have been just as inconsistent as their hitters.

Maryland has allowed two or fewer runs in seven games, but has given up five or more runs in seven contests as well, including three of its last four.

After allowing over three runs in just two of her first nine outings, Schlotterbeck has given up 10 runs in her last three appearances.

“We may have to polish or tweak a couple of things here or there, but … I’m 100 percent confident in her capacity to come back out and right the ship,” said Montgomery.

Wyche has had the highest of highs and the lowest of lows already this season.

In her third start of the season against Liberty, Wyche gave up eight runs in only two innings. Last game against Virginia, Wyche lasted only one inning and was charged with two runs.

In Maryland’s first game of the Queen City Classic against Villanova, Wyche had a career day in the circle. Wyche pitched eight innings and allowed only one run. She struck out 16, a career-high.

Wyche and Schlotterbeck have the ability to be aces of the Terps’ pitching staff — the key is to display their talent each and every time on the rubber.

Like the other aspects of the team, Maryland’s defense has struggled with consistency.

The Terps lead all Big Ten schools in errors with 21 and have committed at least one error in 12 of their 19 games played.

Eighteen of Maryland’s runs allowed have been unearned, a result of shaky defense on the field.

Despite that, Montgomery feels the defense isn’t as bad as they’ve shown — the Terps have just been dealt tough breaks.

“We are not a bad defensive team … we’ve gotten our fair share of tough hops. We’ve made our fair share of mistakes that we don’t normally make. I think it’s gonna come out a wash when all [is] said and done,” Montgomery said.