Maryland softball blown out by Virginia, 10-2 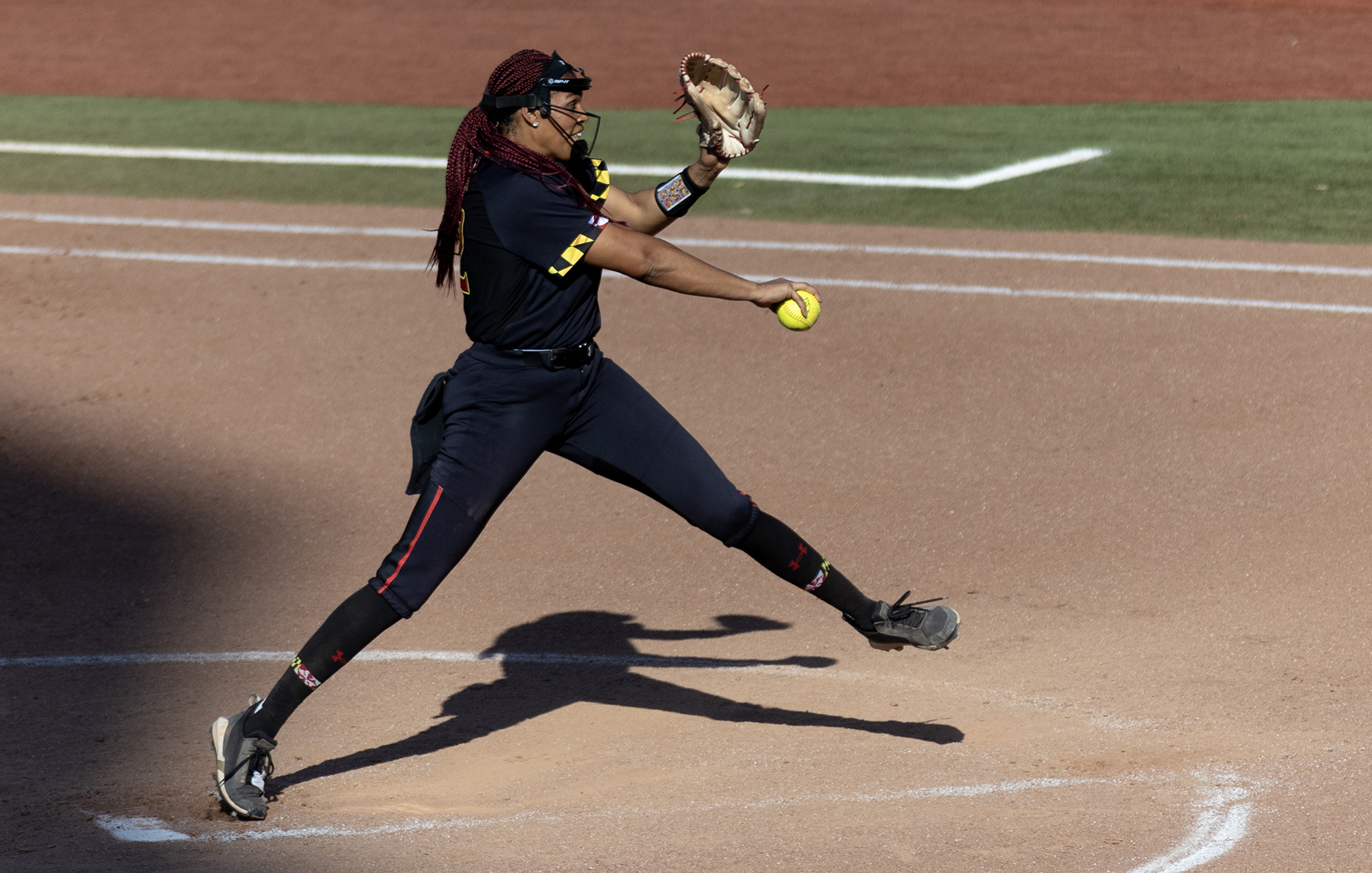 Up by seven in the bottom of the fifth inning, Virginia came to bat looking for a run to end the game by way of mercy rule.

Kelly Ayer stepped up to the plate for the Cavaliers with two on and no outs. Ayer lined a single up the middle, scoring the runner from third, and Virginia celebrated on the field with the mercy rule win.

Maryland softball had no answers for Virginia Tuesday evening, losing in dominant fashion to the Cavaliers in just five innings, 10-2.

Virginia’s dominance over the Terps was immediate.

Maryland’s starter – Courtney Wyche – allowed back-to-back walks to start the first. A sacrifice bunt moved both runners up a base, putting two in scoring position with only one out for the Cavaliers.

Katie Goldberg stepped up the plate and lined an opposite field triple over the head of Campbell Kline in right field. Both Cavaliers crossed home plate, giving Virginia the first lead of the game, 2-0.

After letting the first two Virginia batters of the second inning reach base, Wyche was replaced in the circle by Haley Ellefson.

Ellefson gave up a sacrifice bunt for the first out of the inning, but allowed both inherited runners to score. Back-to-back wild pitches allowed Abby Weaver and Arizona Ritchie to cross home, extending the Cavaliers’ lead to four.

Virginia strung together five consecutive hits with two outs in the second to extend its lead.

With a runner on first, Leah Boggs tripled to right field, scoring Kaliyn Jones for the third run of the inning. On the very next pitch, Goldberg singled through the right side of the infield, bringing home Boggs.

Tori Gilbert entered the batter’s box with runners on the corners and crushed a double into the outfield, scoring both runners on base.

Kyra Pittman entered in relief of Ellefson. Ellefson was charged with five runs in less than an inning of work.

Pittman couldn’t turn the tides as Ellefson’s successor in the circle, throwing a wild pitch to the first batter she faced to allow Gilbert to score from third for the Cavaliers’ seventh run of the inning.

Maryland rallied for a couple runs in the top of the third.

With one out in the inning, Megan Mikami stepped up to the plate with Kiley Goff at third and Jaeda McFarland at second. Mikami roped a double down the right field line, scoring Goff and McFarland for the Terps’ first runs of the game.

The offense slowed down a bit, with neither side scoring in the fourth.

With runners on second and third and no outs in the bottom of the fifth, Ayer singled up the middle for Virginia’s tenth run of the game. The RBI gave the Cavaliers an eight run lead, giving them the mercy rule victory, 10-2.