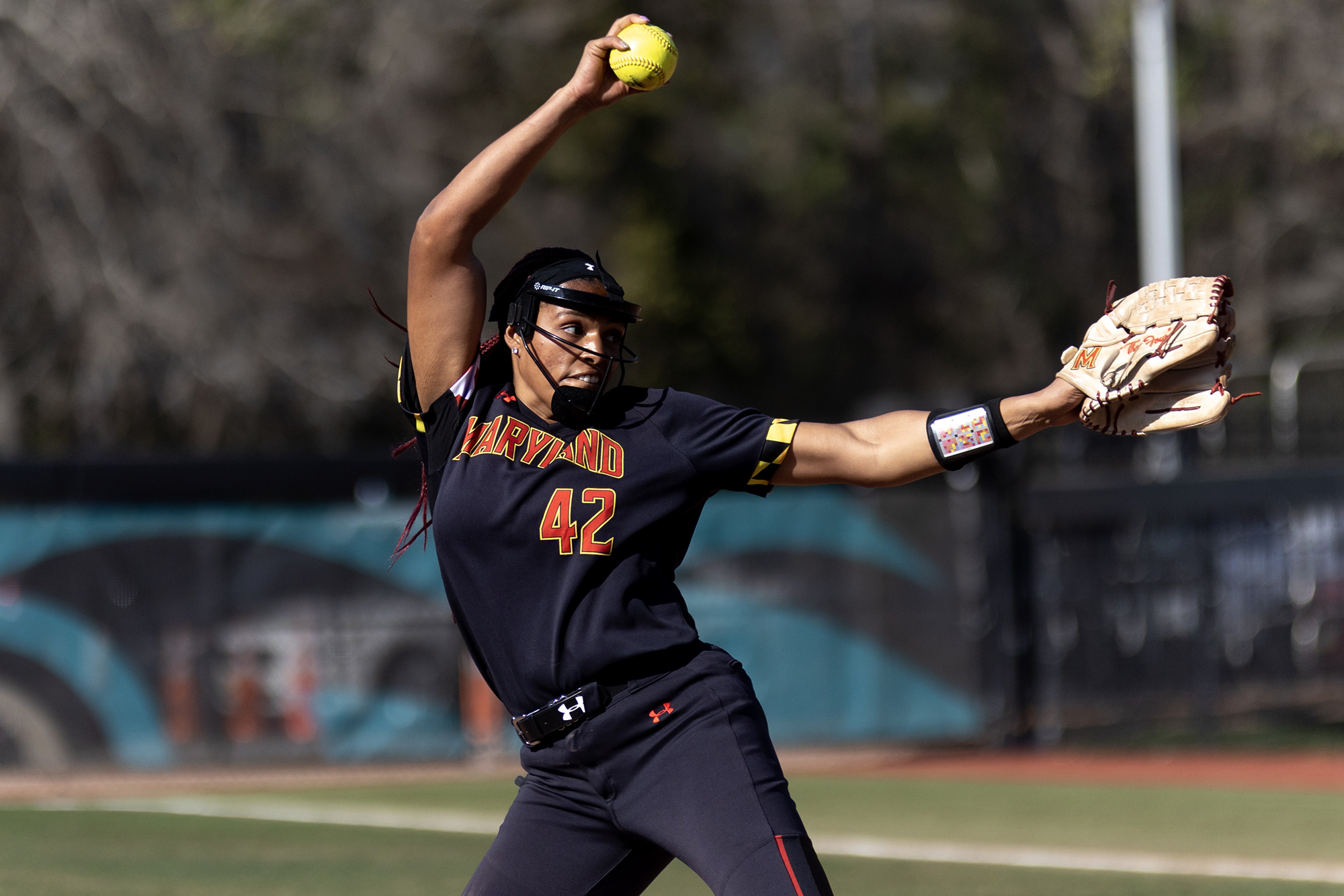 The Terp quickly lost momentum, though. They won their first game against Villanova but lost their next three against Charlotte, Boston College and the Wildcats again.

Maryland dealt with inconsistencies as a team this past weekend. When its offense performed well, its pitching didn’t, and vice versa.

Three of the games the Terps played in Charlotte, NC were decided by a single run. Eight of Maryland’s games have been decided by one run — the Terps are 2-6 in those games.

Maryland’s lone win in the Queen City Classic was a one-run win over the Wildcats, 2-1. The Terps struggled offensively, as their first hit didn’t come until the sixth inning. In both innings that Maryland notched multiple hits, it scored a run.

Courtney Wyche pitched a gem in the circle — eight innings, one run and 16 strikeouts. Wyche kept Maryland in the game long enough for its offense to make that “one simple play” to secure the win.

Like the first game against Villanova, the bout between the Terps and the Wildcats was decided by a lone run. Only this time, Maryland was on the losing end.

The Terps got out to an early 4-0 lead following the first two innings of the game, but just as in the game against the Eagles, they struggled to hold their lead.

Maryland gave up a run in the fourth and three in the fifth allowing Villanova to tie the game at four. The Terps’ offense responded with three runs in the bottom of the fifth, going back in front, 7-4.

The Wildcats scored four runs in the top of the sixth, including a go-ahead three-run bomb off the bat of Ava Franz to suck the life out of the Terps.

The Terps couldn’t score again, and lost by one run again, 8-7.

One run losses have become common for Maryland. Of the Terps’ nine losses, six have come in one run games.

The inconsistencies from the offense and pitching staff have led to an up-and-down season so far for Maryland.

Against FAU, Trinity Schlotterbeck gave up only two hits. But the lone run was all the Owls needed to win as the Terps’ bats struggled.

After the loss to Central Michigan the Terps rattled off five consecutive wins, including a one-run victory over Villanova to start the Queen City Classic. It looked as if Maryland had finally found its groove and found a way to close out games.

But that wasn’t the case for the Terps. They ended the weekend with three straight defeats, the last two both decided by one run.

Maryland is set to face off against Virginia on Tuesday, the first time all season they’re playing a game that isn’t part of an invitational.

The Cavaliers enter at 0-2 in one-run games — they also struggle in tight contests.

“It allows you to just think everything into one game. You don’t have to hold any punches … it’s an opportunity to just go down … We’ll probably pitch at least a couple of pitchers, maybe three,” Montgomery said.