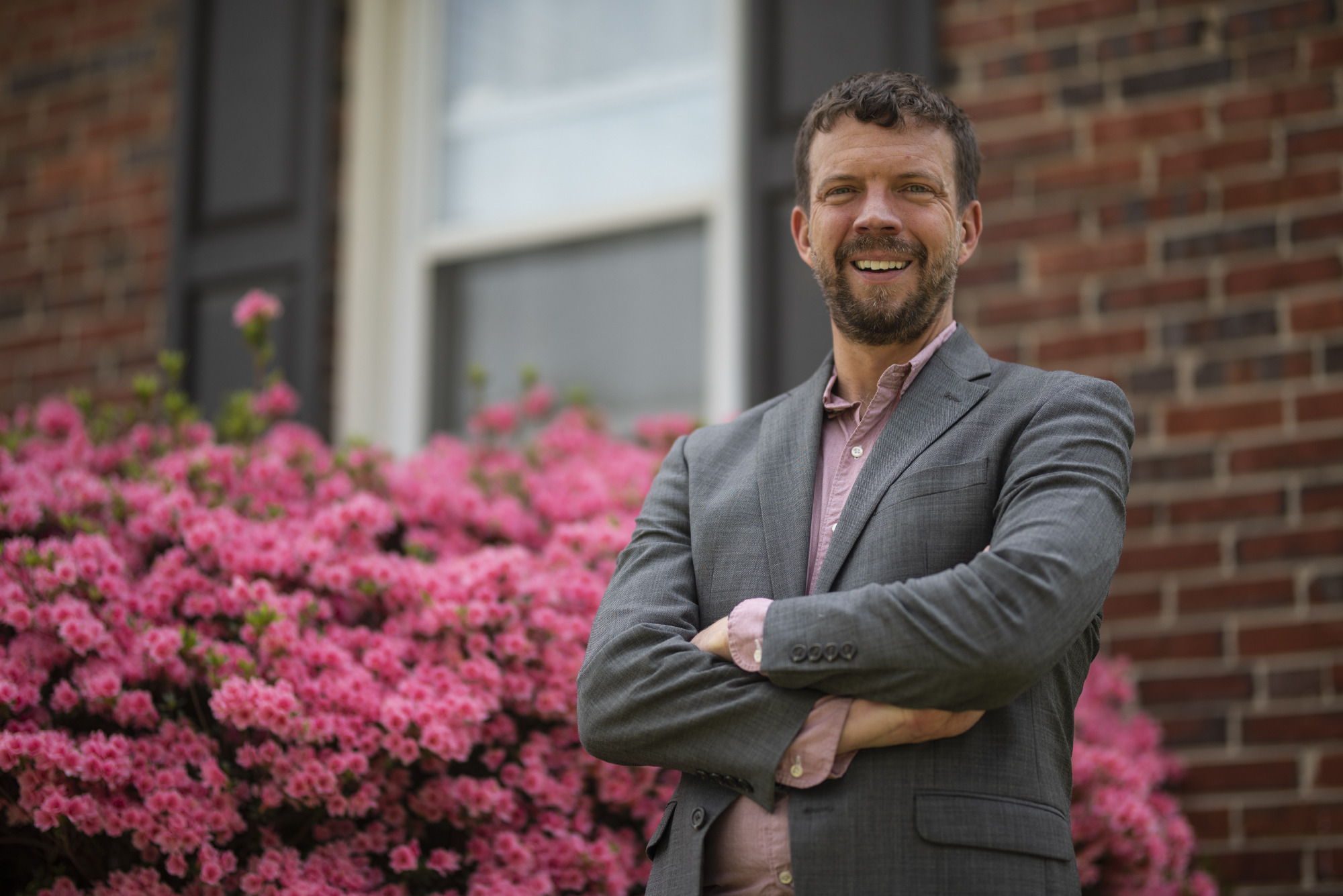 Mayor Patrick Wojahn poses for a portrait in front of his house on April 28, 2021. (Eric Harkleroad/The Diamondback)

College Park Mayor Patrick Wojahn will take a leadership role among other mayors and leaders from across the country as a recently-appointed vice chair of the National League of Cities Race, Equity, and Leadership program.

After several years as a member of the REAL council, a space for local elected officials to discuss creating equity in cities and towns, Wojahn said he’s excited to serve in his new role and learn more about pursuing racial justice in College Park.

“I really appreciate this opportunity, and I am looking forward, over the next year, to see how we can put this to best use,” Wojahn said.

The mayor was also selected to be a part of the 2022 Mayors’ Institute on City Design Just City Mayoral Fellowship, the city of College Park announced. Through this, Wojahn will work with other mayors and design experts to achieve racial justice through city planning and design, according to the fellowship website.

Wojahn and the two staff members will be a part of a group that learns from experts in urban design, planning and racial justice, according to the fellowship’s website, and create a “manifesto of action” for communities in College Park.

In the REAL program, his new vice chair position will allow Wojahn to discuss best equity practices with other leaders from cities nationally, said Seantae Byers, senior executive and director for member and partner engagement at the National League of Cities.

Members of the REAL program can share their experiences with combating injustice in their local communities in a “safe space,” according to Byers. She added that Wojahn’s passion and dedication to the program stood out.

During Wojahn’s one-year term as vice chair, he will have the opportunity to collaborate on developing programs that can be reproduced around the country, according to the city’s announcement.

“Our member councils are the voices of what’s happening on the ground in our communities,” said the National League of Cities President Vince Williams in a city news release. “I am proud to have Mayor Wojahn lead NLC’s REAL Council.”

Wojahn said he hopes to bring resources and ideas from the council back to College Park, especially as the city works on projects like creating restorative justice in the Lakeland community.

“I really would like to bring home some of the resources that the REAL council offers to College Park to help inform our work,” Wojahn said.

Though city staff and College Park City Council members are “really engaged” in solving racial injustice, Wojahn said one goal of his is to implement equity training for council members.

“We know that we can draw upon the resources of the REAL program to promote conversation dialogue within College Park to really shape the way that we create city policies and practices to make sure that everything that we do is done with racial equity in mind,” Wojahn said.