After a slow start to The Spring Games, Maryland softball’s resilience flipped the script 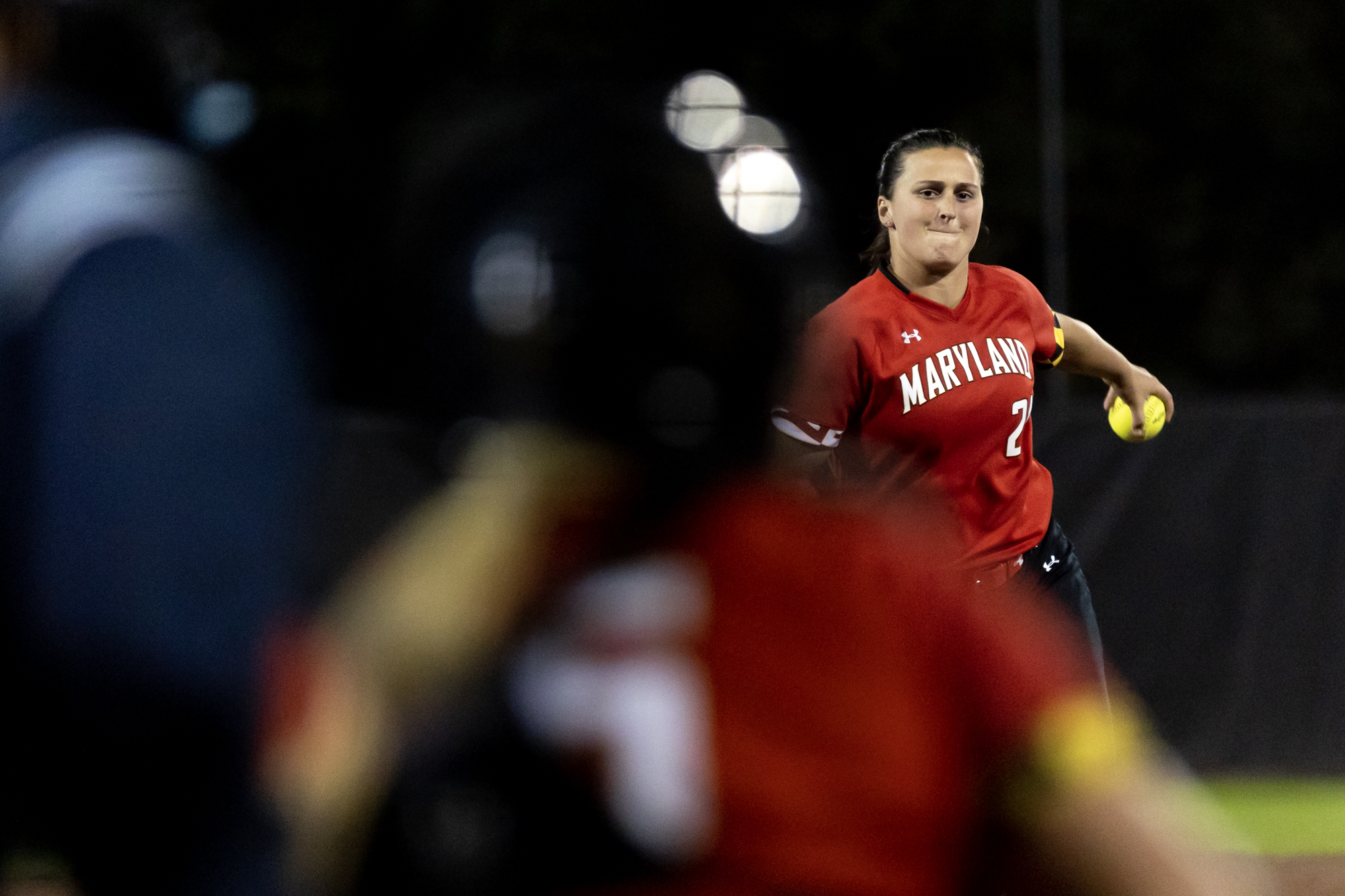 The start of the season for Maryland softball has been anything but easy.

The Terps started off their 2022 campaign with a close loss against No. 18 Tennessee, followed by a comfortable win over Florida International. They split their next two games against UNC Greensboro.

After just one weekend of play, Maryland already had ups, downs and inconsistencies game to game.

This past weekend, it got off to a rough start.

Maryland started The Spring Games tournament with three consecutive losses, including a mercy-rule defeat to No. 24 Liberty. Coach Mark Montgomery said his team “didn’t bounce back against Stetson,” and added that the team’s inability to bounce back is rare. The Terps also struggled in the following game against FAU.

But, they responded in their next two games with vengeance.

Maryland’s offense had its best game of the season so far against Bethune-Cookman, notching season highs in runs (11), hits (12), doubles (3) and stolen bases (6).

On Sunday, the Terps faced a tough opponent in No. 17 Missouri. Montgomery rotated between a trio of pitchers — Trinity Schlotterbeck, Courtney Wyche and Haley Ellefson — to find the best possible matchup in every at-bat.

Montgomery’s strategy was successful, and the Tigers didn’t score a single run. However, Maryland’s offense struggled. The Terps didn’t notch a single hit through five innings and couldn’t capitalize on Jaeda McFarland’s single in the sixth frame.

The Terps came to bat in the bottom of the seventh with a chance to put their hitting woes behind them.

Maryland had help from Missouri’s defense, as Mackense Greico reached on an error leading off the inning and advanced to second on the throw. Kamryn Davis entered as a pinch runner, and moved to third on a bunt, setting up the winning run just 60 feet from home with only one out.

Taylor Liguori entered the batter’s box as a pinch hitter and lined a single into left field to score Davis and win the game for the Terps in walk-off fashion.

After a rough start to the Terps’ weekend, they responded with resiliency to cap off the weekend on a bright note with an upset win over No. 17 Missouri.

“Resilience is one of our core values, so I think this team’s learning,” Montgomery said. “We didn’t play well the first day at all and then to turn around and even lose the hard luck game … against FAU which could have gone either way, but we ended up losing.”

Against Missouri, Maryland had to recover following tough breaks that didn’t go its way countless times.

Starting in the top of the fourth, the Tigers had a chance to score first as they had two runners on with only one out. Montgomery went to Wyche in a tough spot — looking to get the final two outs of the inning without giving up a run — and she did just that to keep the game scoreless.

Missouri’s’ leadoff hitter reached base on a walk in the sixth, but a perfect throw from Kiley Goff behind the dish caught Maddie Snider trying to steal second. But Wyche walked the next batter and Schlotterbeck returned to the mound and got the Terps out of the inning without letting up a run.

“We just took those little things that the coaches were telling us, and we finally put it all together, and that’s when the success finally started to happen,” Schlotterbeck said.

Maryland came to bat in the bottom of the seventh looking to end the game with a walk-off victory. The Terps’ bats struggled all game, but their resilience allowed them to keep their minds fresh and generate enough offense to win the game.

Maryland bounced back in a big way to close out the weekend, capping off The Spring Games on a high note. Montgomery’s coaching staff believes resiliency is one of the most important factors to being a successful team. For this squad, that is going to keep them moving forward as the season continues.

“For our kids to continue to stay in there and fight, never give up and always believed that they could win, I think that’s a testament to their core value and what they’re trying to accomplish,” Montgomery said.